By Challenger Tom October 27, 2017
I was debating what to do on a day off and finally decided to check out the old 1941 Lanes Bridge which used to carry California State Route 41.  The 1941 Lanes Bridge can be seen on the northbound CA 41 Freeway as it crosses the San Joaquin River.  Since the original bridge was completed in 1889 the Lanes Bridge has been a major highway crossing for traffic over the San Joaquin River.  There has been three bridges at the Lanes Bridge crossing, only the original is the only one no longer present.  I made my way north out of Fresno during rush hour crossing the San Joaquin River on the CA 41 freeway into Madera County.  When I arrived on the old alignment of CA 41 I was greeted by something I didn't expect, a Caltrans maintenance sign. 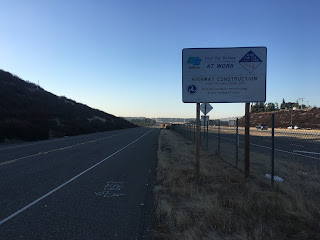 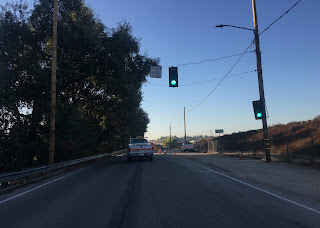 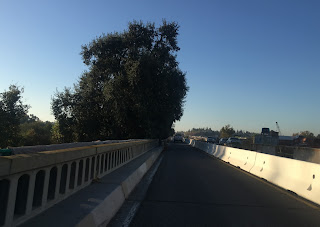 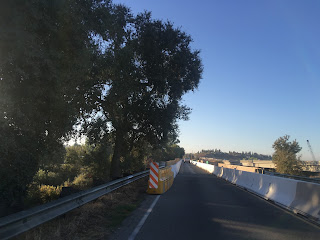 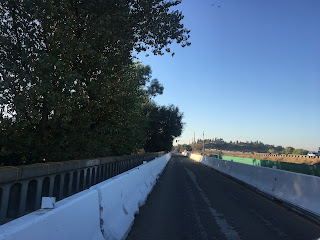 Which in a way is double edge sword, I'm not happy my photos weren't great but I'm glad that a historic bridge is being preserved.  The design of the 1941 Lanes Bridge is traditional Art Deco concrete design which was a common bridge design by the California Division of Highways prior to the mid-20th Century.  The Google Car actually took a really good image of the 1941 Lanes Bridge in full back in January this year.

Look northward the full scale of the repairs by Caltrans are obvious, no wonder the project is slated to end in 2021. 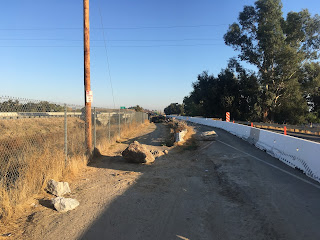 The 1935 Fresno County Map shows the location of the original Lanes Bridge at the San Joaquin River.