By Challenger Tom October 22, 2017
Circumstance had me heading out of Fresno northbound.  With that being the case I decided to finish CA 233 that I had missed out of due to traffic when I photo-clinched CA 152.  CA 233 is a tiny state highway running entirely on Robertson Boulevard from CA 99 in Chowchilla four miles southwest to CA 152. 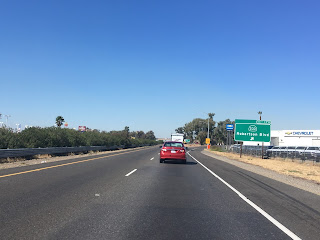 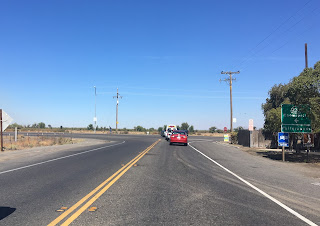 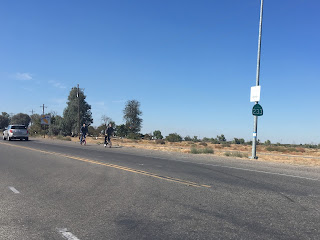 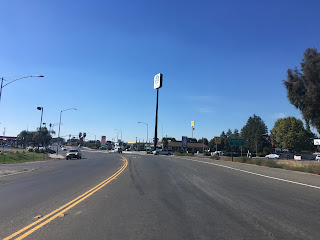 Chowchilla has only been around since the very early 20th century and is named after the river of the same name which follows out of the Sierras to the San Joaquin River.  The name Chowchilla is an incorrect spelling of the Chaushila tribe. 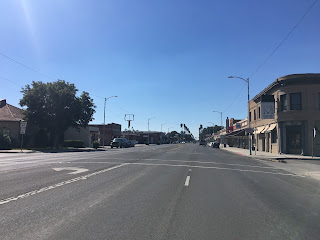 Leaving Chowchilla on CA 233 southeast there is a dual row of palms lining Robertson Boulevard. 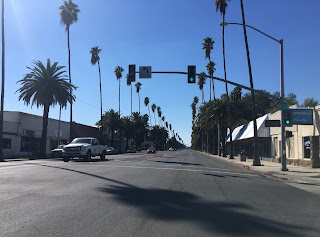 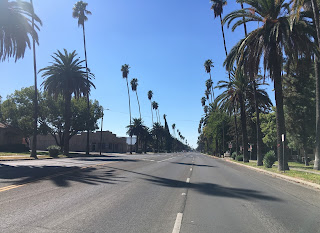 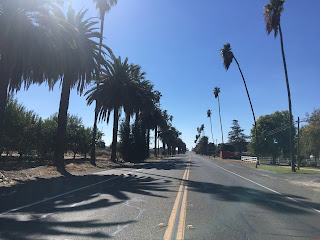 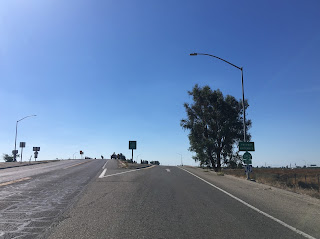 Prior to 1964 the route that became CA 233 was unsigned Legislative Route Number 124 which was adopted in 1933.  The change from LRN 124 to CA 233 can be observed on the maps below, CAhighways.org has a stub on the highway as well.