By Challenger Tom October 27, 2017
Downstream from the Friant Dam is North Fork Road which crosses the San Joaquin River on a bridge which was completed in 1952.  Downstream from said 1952 bridge is an older right-of-way and very apparent bridge ruin which caught my eye on many a trip past Millerton Lake. 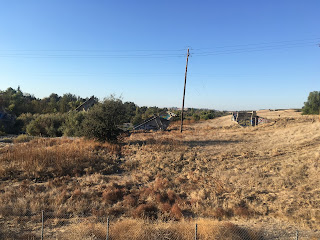 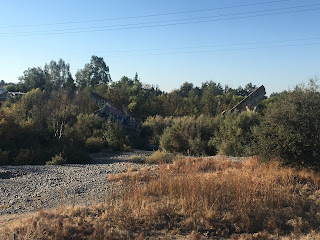 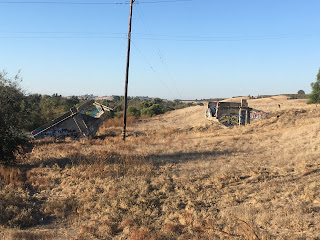 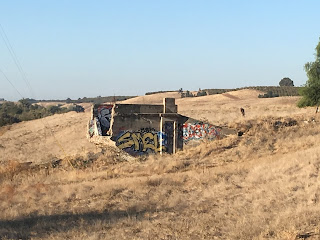 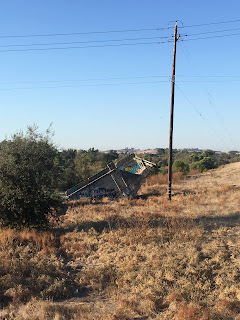 Apparently the canyon that the Friant Dam and North Fork Road dips into was once called Jenny Lind Canyon.  The 1883 wooden bridge apparently shared the name of the Canyon and was the first bridge crossing of the San Joaquin River in Fresno County.  At the time the 1883 Jenny Lind Bridge was built the village Friant was still known as Hamptonville.  Hamptonville was established as a ferry crossing of the San Joaquin River in 1852. 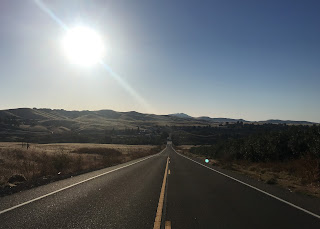 Fortunately the 1906 North Fork Bridge collapsed at the right time because the 1952 replacement still has classic California highway design flair. 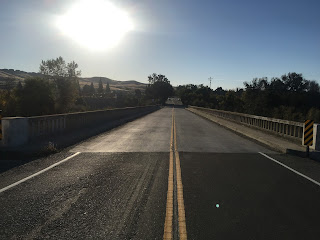 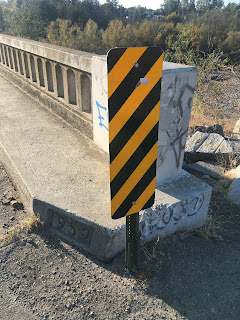 For perspective the Friant Dam literally is within walking distance to the north of both the 1906 and 1952 North Fork Road bridges. 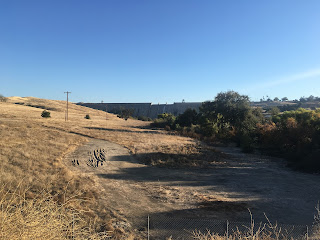 AnnDee4444 said…
This was also know as the Pollasky bridge, due Friant still being named Pollasky until 1907.

Page 23 of this PDF has a good photo of this bridge: http://www.survivorlibrary.com/library/why_the_concrete_bridge_is_replacing_other_forms_1913.pdf
4:51 PM

Challenger Tom said…
Definitely appreciate the link, I posted a snip of the photo in the PDF to the Gribblenation Facebook page.
5:36 PM