By Challenger Tom January 23, 2017
Leaving Monterey back in January was nowhere as easy as it was getting in.  Originally I was supposed to leave on the night of the 22nd but the rains were heavy along with the winds.  That being the case I stayed an extra night and headed back home the next morning.  Along the way I decided to drop in at San Juan Bautista in San Benito County to see the old Mission bearing the same name as the city. 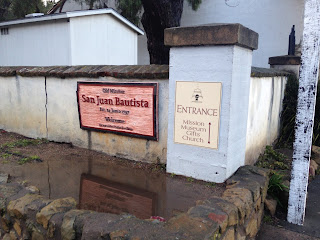 Essentially the route of the El Camino Real was plotted out in the late 1700s from two Spanish survey expeditions.  The Missions were plotted approximately 30 miles apart along the 600 mile route so that they would be a single day journey by horse.  The El Camino Real name fell into disuse after the Mexican Revolution of 1821 but was revived by American highway promoters in the 1890s and 1900s.  Today the El Camino Real is mostly associated with US 101 which follows the general path but deviates substantially from the actual trails that the Spanish used.  Mission San Juan Bautista actually has an original dirt segment of the original El Camino Real located on the north side of the facility in the San Andreas Fault. 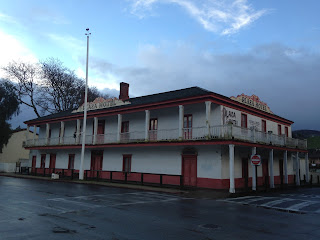 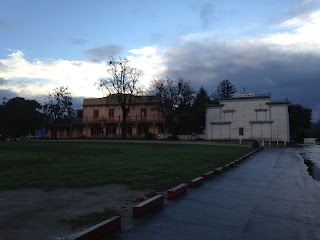 As for US 101 it did run directly through San Juan Bautista until 1932 via the San Juan Grade.  The route of US 101 through the City southbound was; 1st Street, Monterey Street, 3rd Street, and The Alameda. 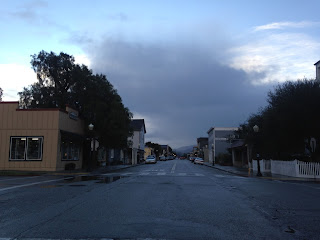 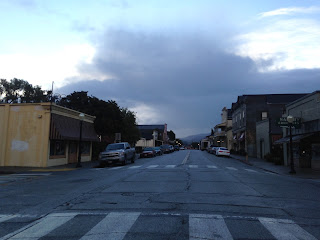 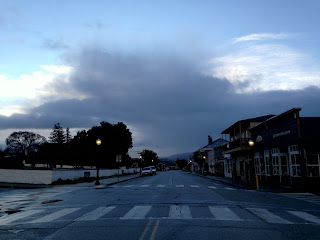 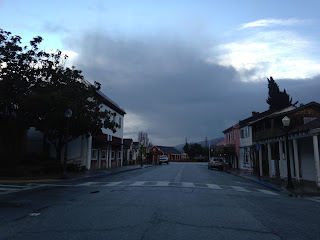