By Challenger Tom January 15, 2017
Continuing where I left off from the J21 blog I had to find a way out of the Sierras.  I've taken CA 245 so many times that it seemed kind of passe to do it in some abbreviated way south to Woodlake.  That being the case I noticed an oddity on some state highway maps from the early 1950s which showed California State Route 63 running east of Orosi to what was CA 65 along Boyd Drive.  Traveling southbound on CA 245 I turned west onto former CA 63 on Boyd Drive. 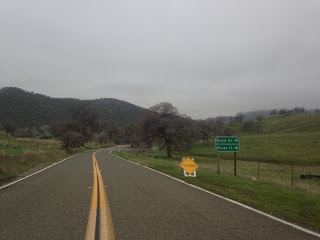 Boyd Drive was likely CA 63 from 1950 to at least 1966/67.  Rather than go through all the supporting evidence I've found and obtained from others I'll just link over the CA 63 road blog where everything is already posted.

The route ahead on Boyd Drive was only 11 miles long to reach Orosi.  Boyd Drive is narrow but plenty wide enough for passing, the asphalt surfacing could certainly use some work though. 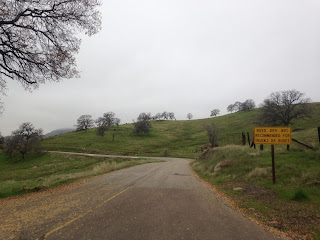 There are some nice places to take some depth shots of the road and get some decent vistas of the switchbacks.  I didn't encounter another vehicle on my trip westward until I reached the city limits of Orosi. 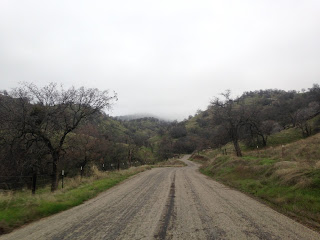 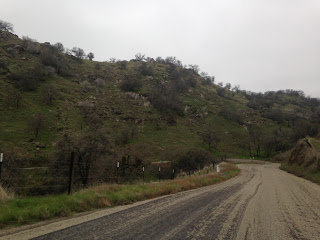 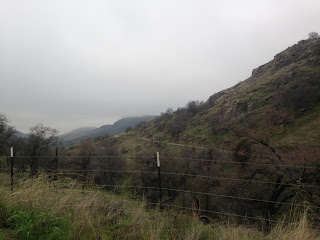 Pretty much both sides of Boyd Drive appear to owned by local ranchers.  There is cattle fencing lapping the roadway amid the typical boulders you'd expect to see in the Sierra Foothills. 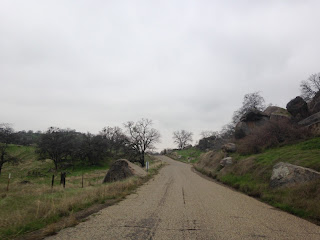 The drop out of the Sierra Foothills in San Joaquin Valley is very abrupt above a large farm. 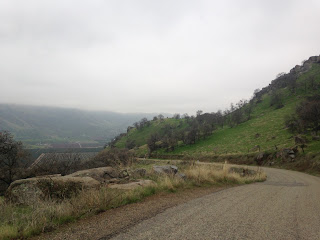 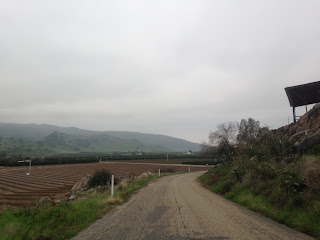 On the Valley Floor CA 63 west would have turned right on El Monte Way to reach Orosi proper.  Road 128 south of Orosi remains part of CA 63 today while northwards it would have been CA 226 when it became a signed highway.  CA 63 uses the former alignment of CA 226 nowadays to reach CA 180. 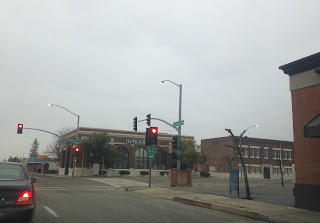