Kinzua Bridge, Before and After

By Doug January 23, 2017
Kinzua Bridge was a rail viaduct in northwestern Pennsylvania. Completed in 1882, it was considered to be the highest and longest railroad viaduct in the world at the time of its completion. Partially destroyed by a tornado in 2003, this engineering marvel of a viaduct is now the centerpiece of the Kinzua Bridge State Park.

I have some before and after photos of the viaduct to share.The first group of photos was taken by Bill Symons in August 1985, presenting a view of what the lay of the land was once like... 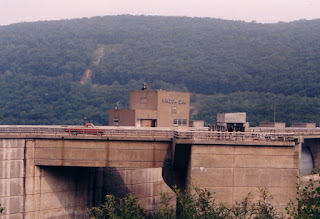 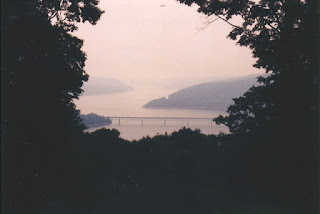 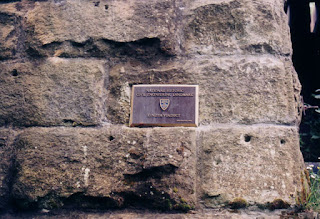 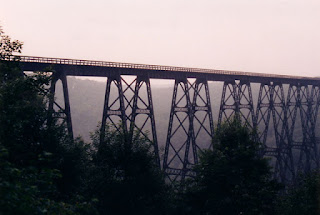 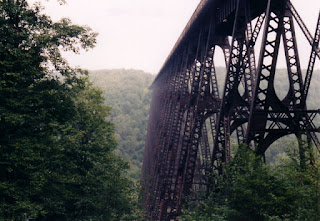 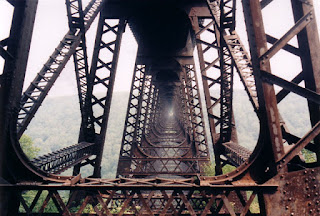 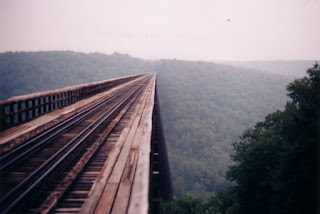 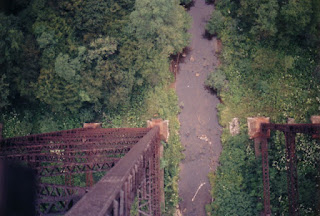 Now for the photos after the destruction called by the tornado, with a foreword by John Krakoff (who took the "after" photos in August 2004):
On July 21, 2003 an intense line of thunderstorms blew out of Ohio and when it moved in to PA, it became a "bow echo" and kept intensifying, until finally wrapping around and forming an "eye" on the radar screen. Meanwhile, the forward line spawned multiple tornadoes, one of which was in the Mt. Jewett/Kinzua Bridge area.
My first reaction to the area as a whole was bewilderment. As you approached the bridge and gorge, the tornado's path was still evident. You could see the twister's path on the north side of US 6 in Mount Jewett. Then turning on to the access road to the bridge and park itself, several felled trees littered the sides of the road. Then, as you come around to the cul-de-sac, it was unreal. Trees stripped of branches and leaves, not to mention the damage to the bridge itself. It was truly heartbreaking especially since they were in the refurbishing process. Also, the tornado's path cuts a swath from southwest to northeast. A bit of sadness is the schedule of train rides was still up - according to PA legislators, not to happen again.
It's an appreciation of the dangers of which Mother Nature is capable. 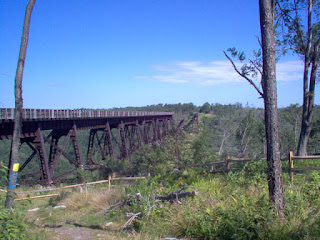 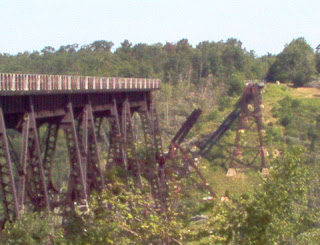 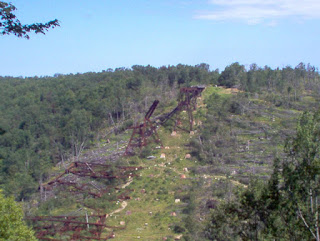 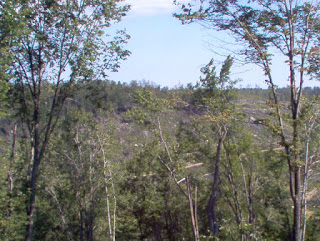 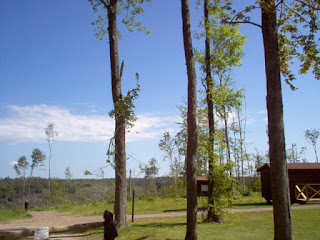 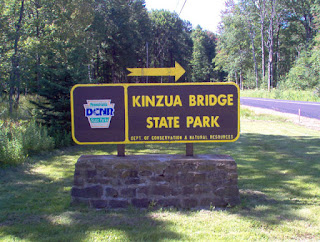 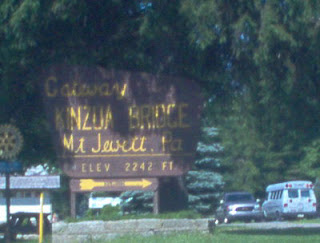 Flash forward to May 2017, and I saw more changes with the site at the Kinzua Bridge State Park, which allow visitors to view and appreciate the industrial prowess that caused the Kinzua Viaduct to be constructed as well as the destruction caused by the tornado that led to the viaduct's demise. Part of the former viaduct is now the Kinzua Sky Walk, where the remaining 600 feet of towers on the bridge have been converted to a pedestrian walkway that features a glass bottom to see below to the ground (plus a wooden walkway for those who feel uneasy about walking on thick glass panels). There is an observation deck where you see the valley around you and the destruction underneath you. The sky walk was opened in 2011. There is also a visitor's center at the park that allows you to learn about the history of the Kinzua Viaduct and hiking trails that allow you explore around the park and take a closer look at the destruction caused at Kinzua Bridge State Park by the 2003 tornado. 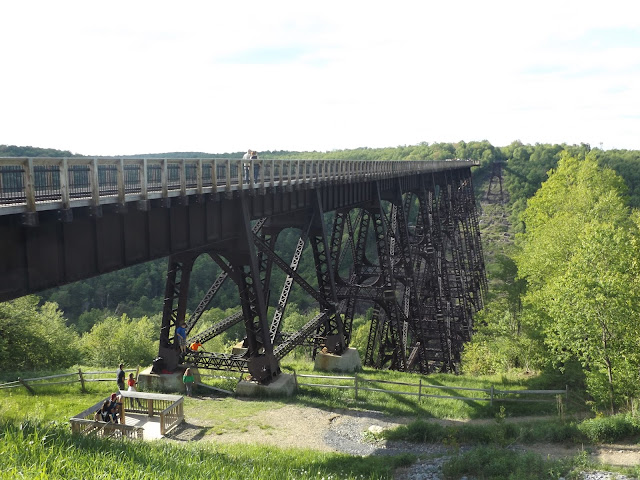 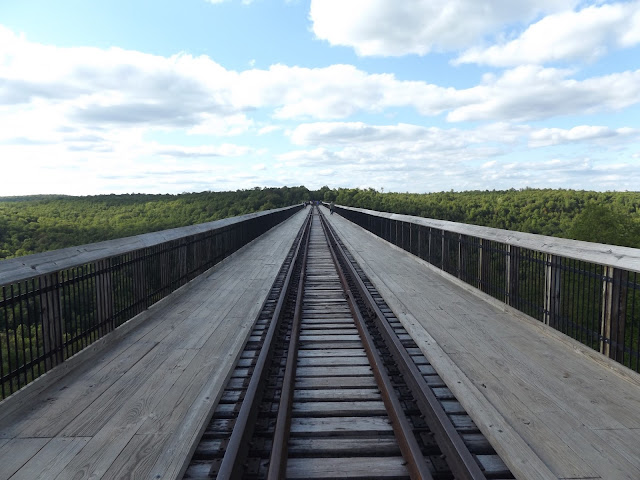 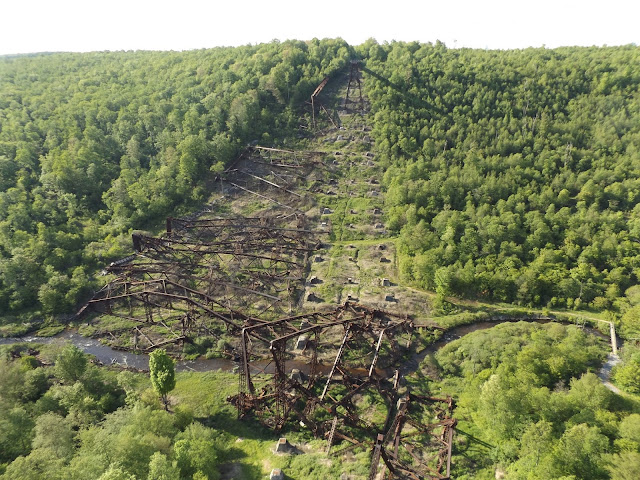 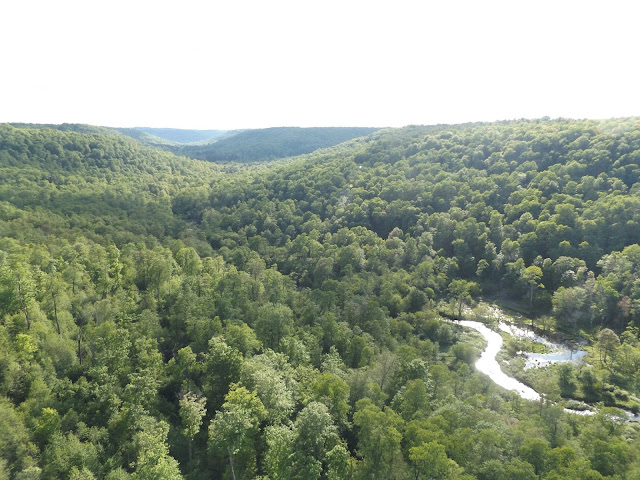 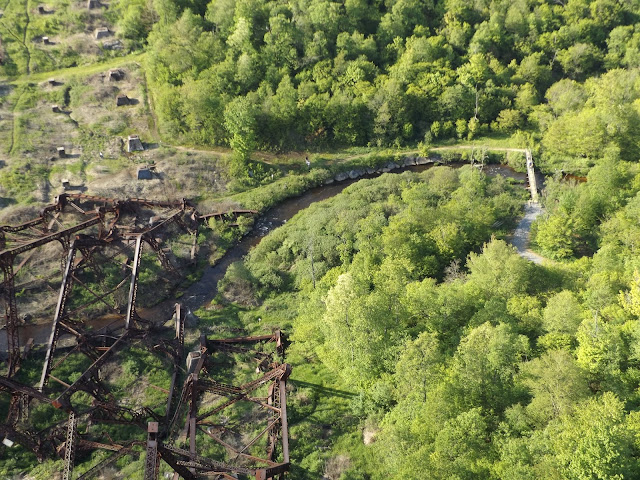 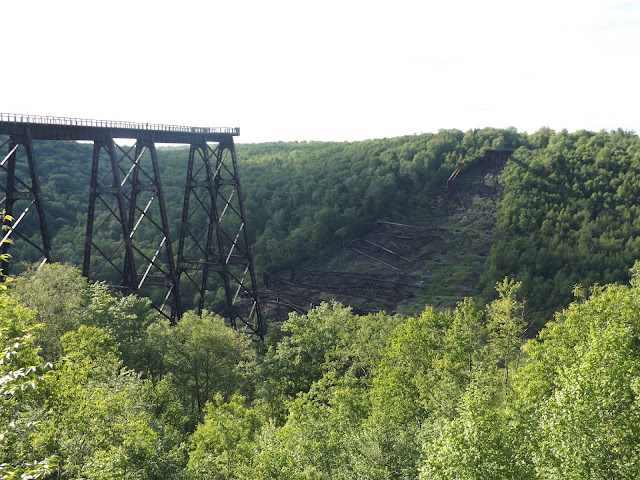 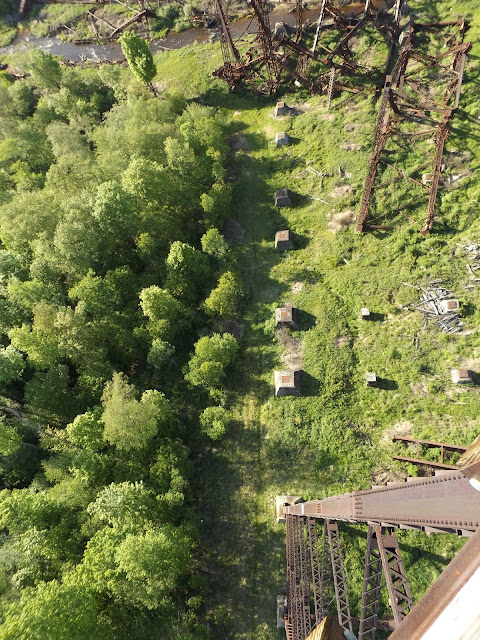