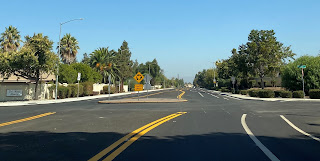 Ladd Lane is an approximately 0.75-mile-long city street located in Hollister of San Benito County, California.  Ladd Lane until recently was an unremarkable four lane city street located amid several newer neighborhoods.  Ladd Lane would become famous during July 2022 when it was the subject of an apparently botched restriping and resurfacing project.  The bizarre striping patterns of Ladd Lane were picked up by several news agencies and it came to be known as the "Wonky Street."  Ladd Lane facing northward from Talbot Drive can be seen towards apparently botched traffic lines in the blog cover photo. 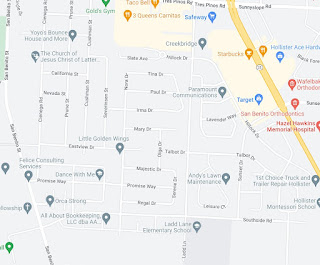 As noted in the intro Ladd Lane is a relatively modern street in Hollister which is lined by several newer neighborhoods.  Google Street View images display Ladd Lane existing as far back as 2007, the exact year of construction isn't fully clear.  Below Ladd Lane as a contrast to the blog cover photo can be seen facing north towards Talbot Drive in an April 2015 Google Street View image.  In the April 2015 image Ladd Lane is seen as a four-lane road complete with shoulder bike lanes and a 45 mile per hour speed limit. 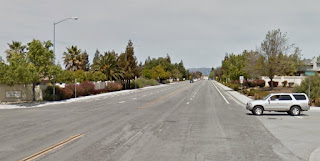 Ladd Lane recently has been the subject of numerous complaints regarding speeding and reckless driving behaviors (apparently drag racing).  The city of Hollister recently took steps to pay a contractor to conduct a project known as a "road diet" to lower the carrying capacity and obtainable speeds on Ladd Lane.  The Ladd Lane road diet consisted of restriping/resurfacing the road surface to a single lane in each direction which would curve around irregularly shaped lane lines and small roundabout structures.  The Ladd Lane road diet was intended to provide a buffer area in both travel directions for cyclists.  Benitolink.com reported the city of Hollister first explored adding speed tables to Ladd Lane but had opted for road diet instead.
KSBW Action News 8 Twitter account on July 22, 2022, reported that the reconfiguration of Ladd Lane was causing confusion among drivers in Hollister.  KSBW Action News 8 applied the nickname of "Wonky Road" to the new configuration of Ladd Lane.
The reconfiguration of Ladd Lane was reported in the July 25, 2022, San Francisco Gate as a source of great confusion for drivers around Hollister.  The San Francisco Gate reported Hollister Mayor Ignacio Velazquez had claimed the Ladd Lane road diet contractor had read design plans incorrectly and had incorrectly installed abruptly jagged lane lines.
Benitolink.com reported on August 1, 2022, that the road diet project on Ladd Lane had cost $596,000.  The original contractor of the Ladd Lane road diet is cited to have been a company known as Kimberly Horn.  The city of Hollister is noted to be in the midst of attempting to correct the Ladd Lane road diet through an undisclosed sub-contractor.  The city of Hollister is cited to have held an children's race known as the as the "Wonky Street Kart Racing Event" on July 30, 2022.
Within the Road Fan community, the road diet on Ladd Lane has become the subject the meme known as "Go home Hollister you're drunk." 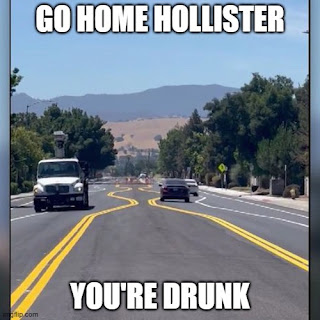 Part 2; a drive on Ladd Lane and the "Wonky Street"
Ladd Lane southbound can be accessed from Tres Pinos Road. 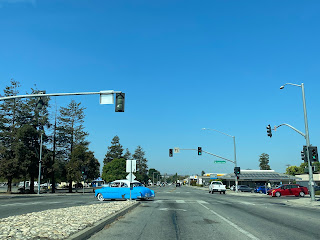 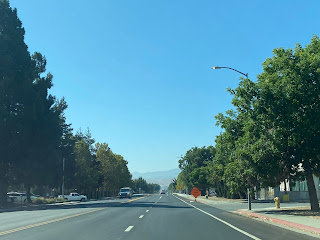 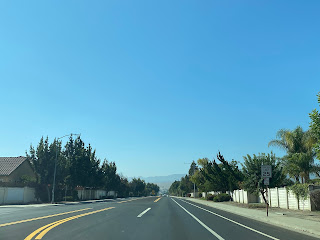 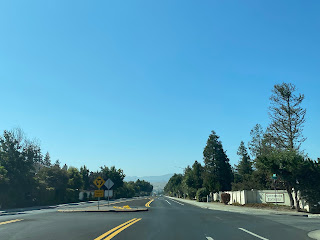 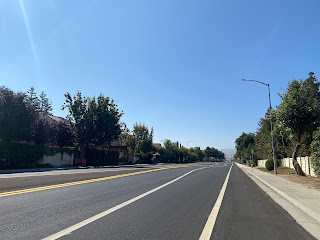 Ladd Lane continues southbound through the so-called wonky lanes and through another makeshift roundabout at Talbot Drive. 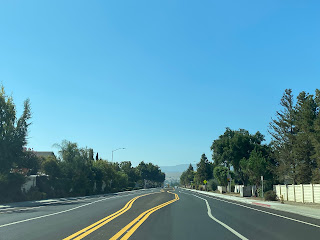 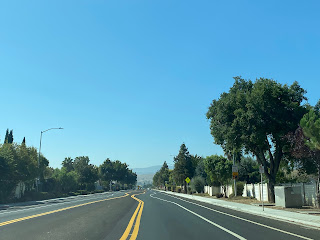 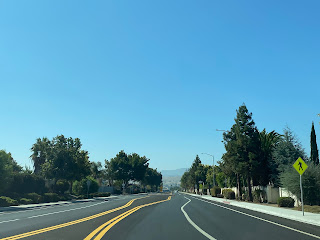 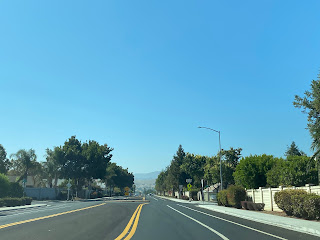 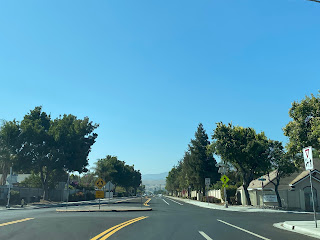 Ladd Lane continues south amid the wonky lane configuration and widens back out to four-lanes approaching Southside Road.  Ladd Lane south of Southside Road dead-ends at the grounds of Ladd Lane Elementary School. 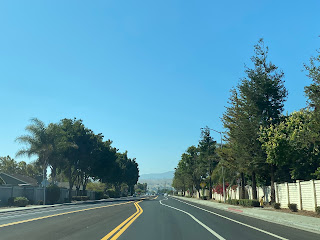 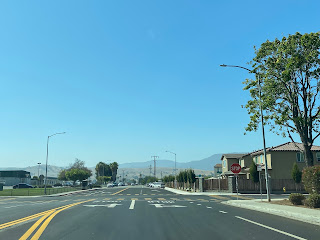 Part 3; a critique on the Ladd Lane road diet from the Road Fan community
Generally, we at Gribblenation tend to focus on the historic aspects of highway history.  That said since Ladd Lane was for a short time a popular news story it offered us an opportunity to seek critique in the Road Fan community.  On August 5, 2022, the topic of Ladd Lane was posted on the AAroads forum as thread topic.
A general consensus regarding the topic of Ladd Lane on the AAroads forum was that it was a road diet project done cheaply or designed by someone lacking experience in such projects.  Opinions cited the use of lane striping to facilitate the bulk of the road diet as an issue.  The lack of a physical barrier is cited to not provide a true hinderance to speed and allows traffic to wander into the bike lanes.  The use of small center islands is cited as not functioning as intended in terms of acting as roundabouts and did little to nothing to slow traffic.
A look at the blueprints featured in the August 1, 2022, benitolink.com article calls into question if the city of Hollister didn't simply obtain the configuration they paid for.  The blueprints displayed strongly resemble the current lane configurations on Ladd Lane. 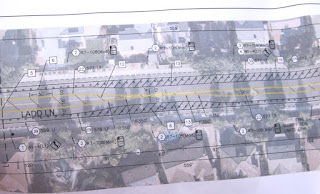 At present moment it isn't clear when Ladd Lane will again be reconfigured and what it will look like.  If you are inclined to see the wonky lanes of Ladd Lane, you will likely need to do so before the end of 2022.