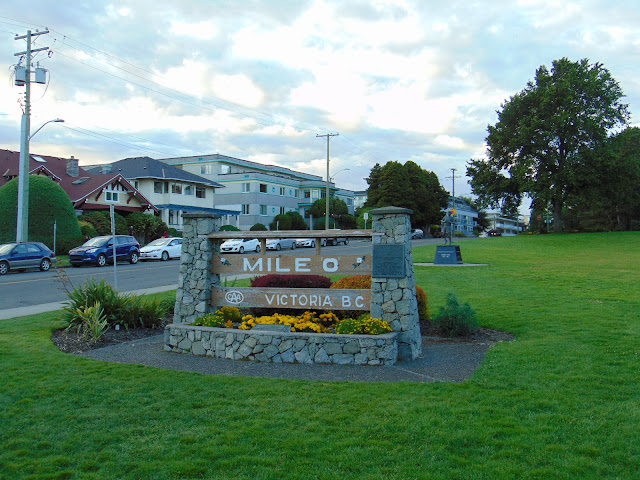 I recently had the opportunity to visit the beautiful city of Victoria, British Columbia. While being the location of provincial capital, Victoria has a number of gems waiting to be discovered. Whether it is the totem poles of the First Nations past in Vancouver Island, a well-preserved Chinatown, stunning gardens, a picturesque harbor and one of Canada's grandest hotels, Victoria has a lot going for it. But during my research of things to see and do within the few hours I had to devote to this charming city, I found that there is a Mile Zero monument for the Trans-Canada Highway.

You can find other monuments nearby as well. There is a Terry Fox statue right behind the Mile Zero monument. Terry Fox was a young man stricken with bone cancer and as a result of the cancer, his right leg was amputated above the knee. In 1980, Fox began the Marathon of Hope, where he would run the length of the Trans-Canada Highway from St. John's to Victoria to raise money for cancer research. Unfortunately, he never achieved his goal of running all the way to the Mile Zero monument in Victoria, having to stop near Thunder Bay, Ontario after 143 days on the road because cancer had spread to his lungs. If he had made it to Victoria, he would've been greeted by views of the scenic Strait of Juan de Fuca, which is across the street from the Mile Zero Monument.