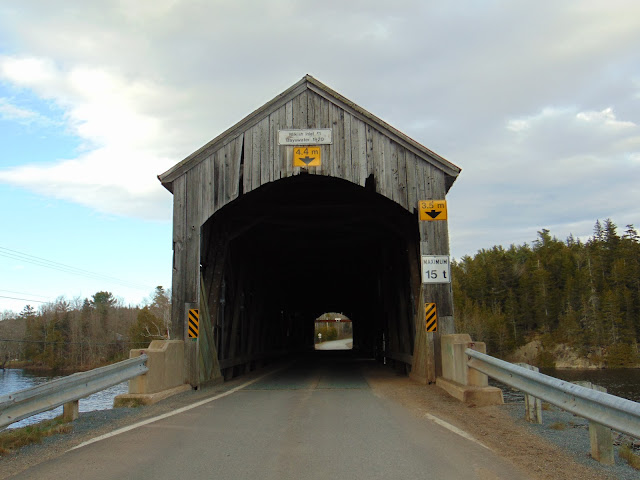 The covered bridge was restored in 2021 and now carries loads of up to 30 tons as a result of the construction work. Since the Bayswater Covered Bridge is a vital transportation link along the Kingston Peninsula and on a provincial highway, NB 845, a million dollar restoration project was needed in order for emergency vehicles and other vehicles to safely cross the bridge. This became especially crucial after flooding on the Saint John River made the detour routes impassable. The restoration work was done mainly on the bottom of the bridge, so it may not be something you see at first glance. This means that the Bayswater Covered Bridge retains much of its original material on the sides of the covered bridge along with the roof.

I found the Bayswater Covered Bridge to be really nice, and as a bonus, the Bayswater Lighthouse is just around the corner from the bridge. It was a nice stop as I started to wrap up a day touring some of New Brunswick's many covered bridges and waterfalls.