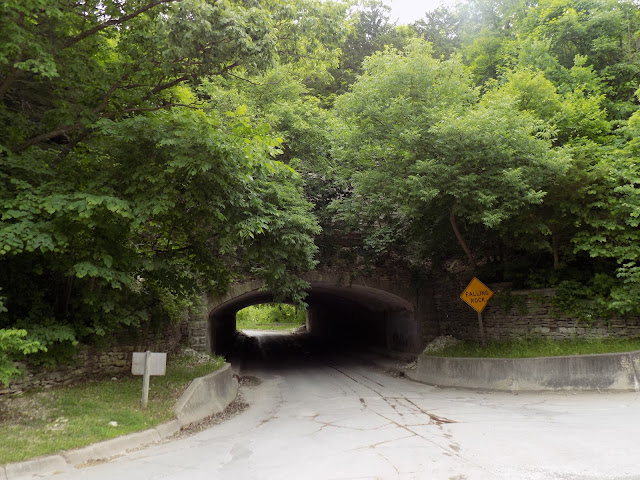 Madison County, Iowa is known for their covered bridges, romanticized by print publications and even movies. But did you know that Madison County is home to Iowa's only highway tunnel? Located at the Pammel State Park just to the southwest of Winterset is the Harmon Tunnel. But what's the deal with the tunnel, you may be asking yourself.

Built in 1858, the Harmon Tunnel was originally dug by William Harmon and his sons as a small chute in order to carry water that was diverted from a nearby bend in the Middle River to power a saw mill which was later converted into use as a grist mill. While the mill was closed and abandoned in 1904, the tunnel was expanded to allow vehicular traffic in 1925, just in time for Pammel State Park to open in 1928. The Harmon Tunnel has since been expanded and reinforced to accommodate modern vehicles.

The Harmon Tunnel was originally designed to pass through the narrowest part of the horseshoe bend of bedrock and a limestone ridge that natural limestone ridge that was about 100 feet high. While the tunnel was originally narrow in order to accommodate the water chute for the mill, it is now 147 feet long, 15 feet high, and 40 feet wide. The tunnel accommodates two way traffic along with sidewalks for pedestrian travel. Within Pammel Park, there is also a ford of the Middle River where vehicles can cross the river to access other parts of the park, except during periods of high water (which is what I encountered during this visit to Iowa) and also in winter. 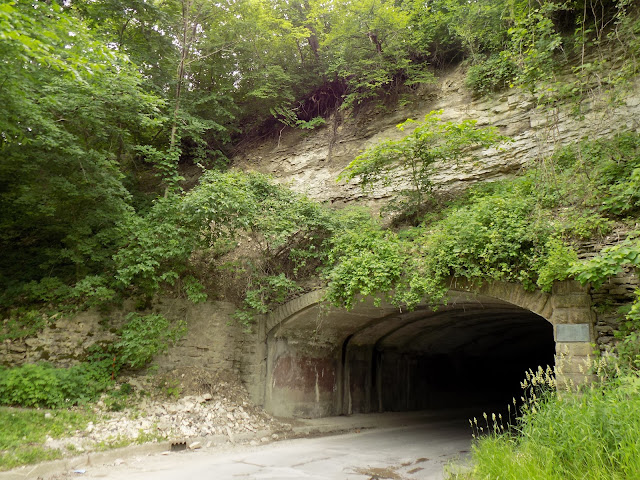 Sources and Links:
Bridgehunter.com - Harmon Tunnel
Madison County Parks & Conservation Center - Historic Features in Pammel Park
Only In Your State - Most People Have No Idea This Unique Tunnel In Iowa Exists