Even though the Erie Canal has been modernized and has followed some slightly different alignments over the past 200 years, there are many old remnants, locks and aqueducts of the Erie Canal that are yours to discover and explore across the Empire State. The canals in New York State are definitely an important part of this state's rich history, so it's nice that vestiges of the Erie Canal can still be seen. Some of the old remnants are sitting quietly in the wild or alongside roads while others are preserved as part of various parks and historical sites. There's even a rest area on the New York Thruway in Port Byron that doubles as the Port Byron Old Erie Canal Heritage Park. Not far from Port Byron, in Montezuma, is another one of these relics from a bygone era of the Erie Canal. This area is preserved for public use as the Montezuma Heritage Park. 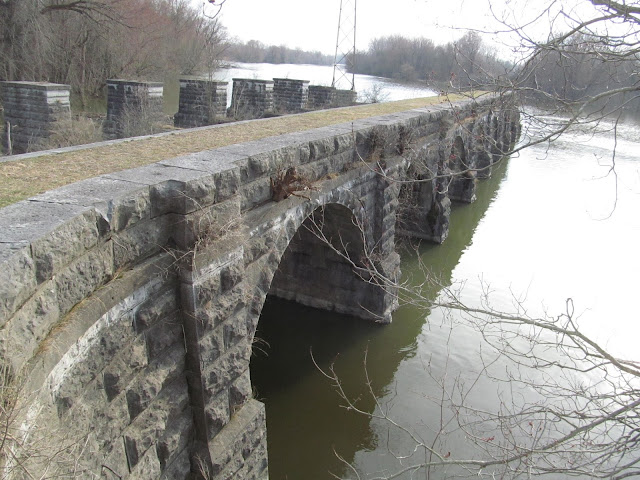 There is quite a bit of history to explore at the Montezuma Heritage Park. The park has some walking trails, including one that follows the old towpath of the enlarged Erie Canal, as well as a trail that goes to the ruins of the old Montezuma Fibre Mill, which attempted to make paper out of cattails. This area of Montezuma around the Montezuma Heritage Park is a bit swampy, so you can see why the mill tried to take advantage of these resources.

If you follow the Byron Lapp Memorial Trail that follows the old towpath of the canal, you will reach the remnants of the 840 foot long Seneca River Aqueduct, also known as the Richmond Aqueduct, as it was designed and built under the careful direction of Van Richmond, who was an engineer and surveyor. The aqueduct was constructed starting in 1849 and was opened for use in 1857. Today, a portion of the old aqueduct is still in existence, because when the modern day successor to the Erie Canal was constructed in 1917 along the Seneca River, part of the aqueduct was removed so boats could freely move up and down the Seneca River with the remains of the aqueduct jutting out into the Seneca River. During my visit to the park, I just walked down to the aqueduct and back, as a few of the trails were quite muddy and a bit flooded from the early spring snow melt.

Photos from the Seneca River Aqueduct, or Richmond Aqueduct. 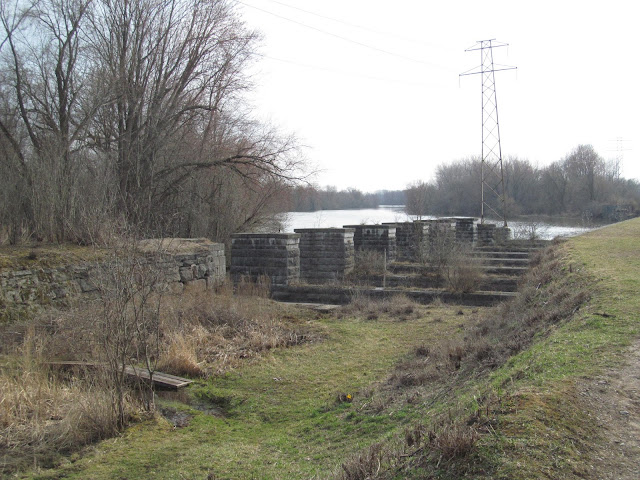 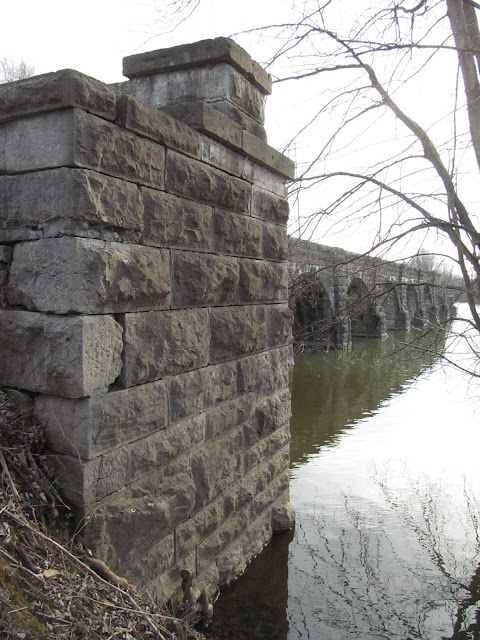 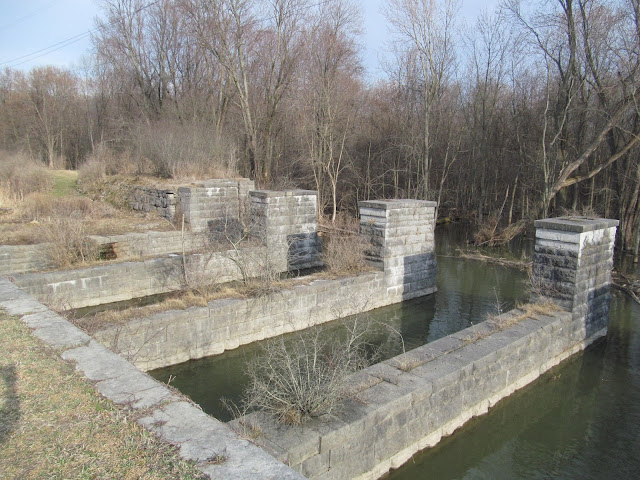 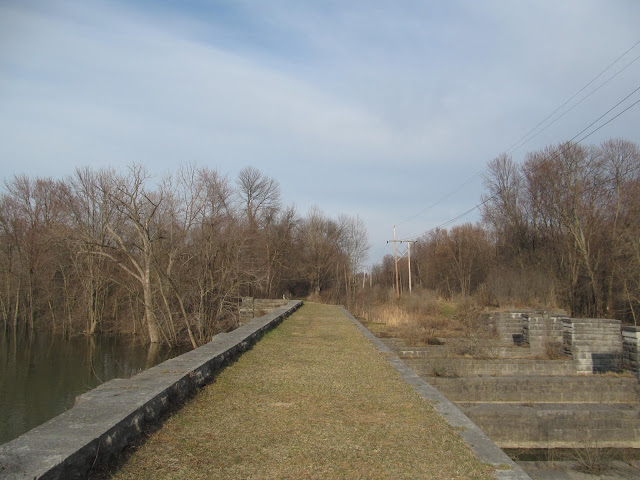 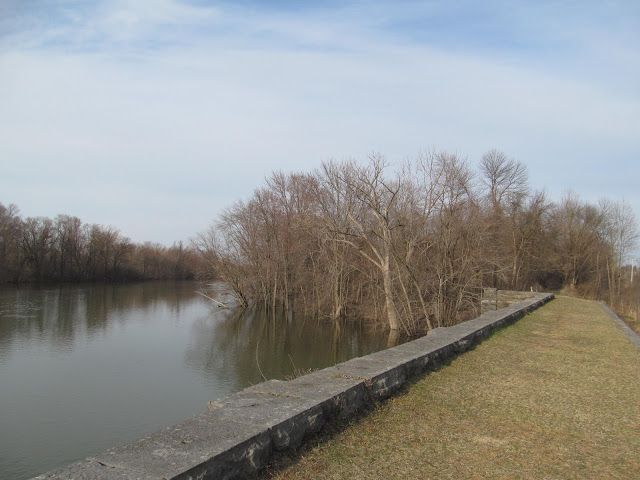