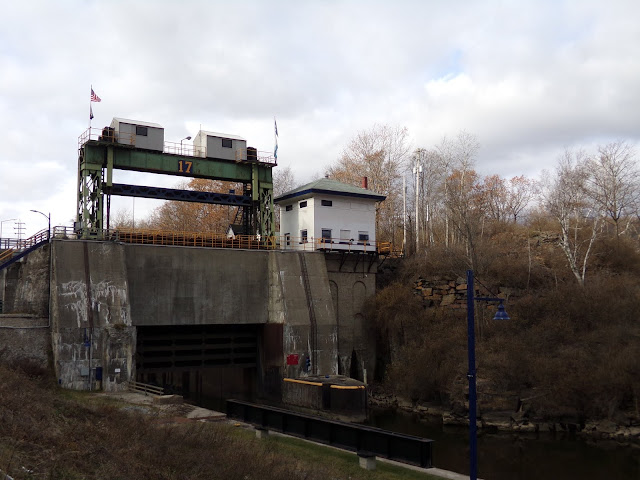 Little Falls, New York is a small city in the Mohawk Valley that has been shaped by the forces of water throughout its history. Nowhere in Little Falls is that more evident than at Moss Island. Representing the Industrial Age, this is home of Lock 17 the tallest lock along the Erie Canal, but there is also evidence of the Ice Age in the form of 40 foot deep glacial potholes from when there was an ancient waterfall that was even larger than Niagara Falls at this spot, once draining Glacial Lake Iroquois when other outlets (such as the St. Lawrence River) were blocked by retreating glaciers. While Little Falls does not have the amount of industry around the river and canal than it once had, checking out what Moss Island has to offer is a great way to see what the city has to offer.

Visiting Moss Island allows you to experience the engineering marvel that is the Erie Canal plus the wonders of nature by taking a hike around the island and seeing the glacial potholes. Avid rock climbers will also like the wide range of climbing opportunities available at Moss Island. But it is because of the island's geologic history that Moss Island was named a National Natural Landmark in 1976. It is easiest to get to Moss Island from NY Route 169 just to the south and east of downtown Little Falls. When I went, I parked underneath the highway bridge and made my way past the locks to the island.