Did you know that Troy, New York was once home to a major league baseball team? Indeed this was the case for a few years back in the 19th Century. The home of Uncle Sam and Rensselaer Polytechnic Institute was the home of a professional baseball club in the National League between 1879 and 1882. The team got its start around 1861 as the Unions of Lansingburgh, who were also known as the Troy Haymakers. The name Haymakers came about in 1867 after a victory over the New York Mutuals, with the newspapers donning the team the Haymakers because they couldn't believe that a team from Upstate New York could beat a New York City team.

In 1879, the team from Troy was invited to join the National League and Troy fielded a team call the Cities. Over the four years that Troy had a team, they fielded five future Baseball Hall of Famers. They were Dan Brouthers, Tim Keefe, Roger Conner, Buck Ewing, and Mickey Welch. After some years of poor attendance and a desire by the National League to have teams in larger cities, so they could compete better against the popular American Association, the National League teams from Worcester, MA and Troy, NY were disbanded after the 1882 season, in favor of two new teams, which were the New York Giants and Philadelphia Phillies. The cities of Troy and Worcester were named honorary members of the National League. The San Francisco Giants trace their lineage back to Troy and in fact, the name Giants is a nod to "those very tall boys from Troy".

In 1992, a small monument at Knickerbacker Park in historic Lansingburgh was erected to honor Troy's baseball history, not just of their professional baseball history, but of the players that came from Troy as well. One of those players listed as being from Troy is Johnny Evers of "Tinker to Evers to Chance" fame, who is another Baseball Hall of Famer. The choice to have the monument at Knickerbacker Park is significant, as it one of the sites where the old Troy Haymakers played. 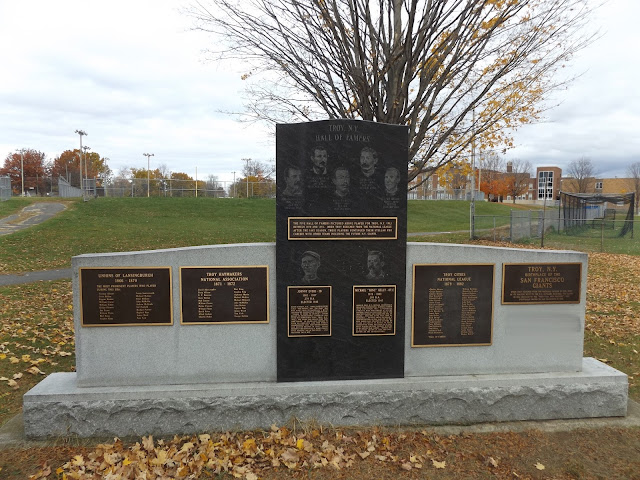 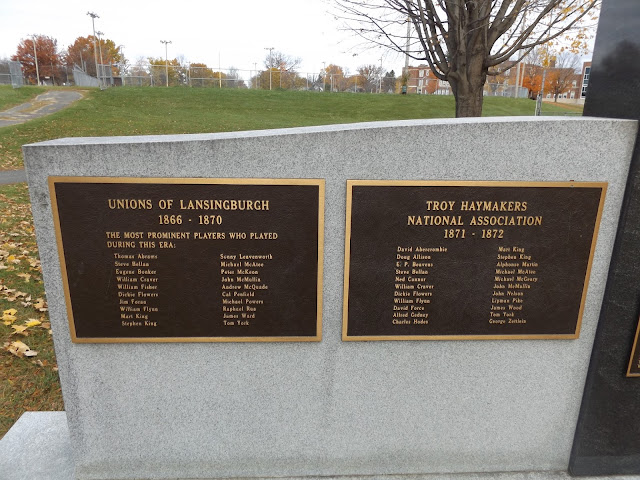 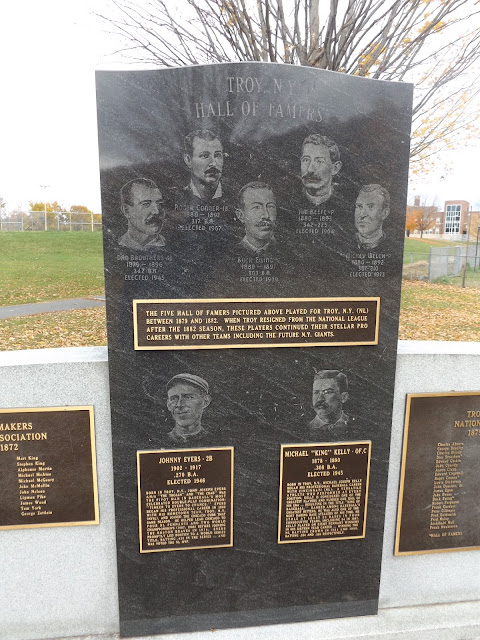 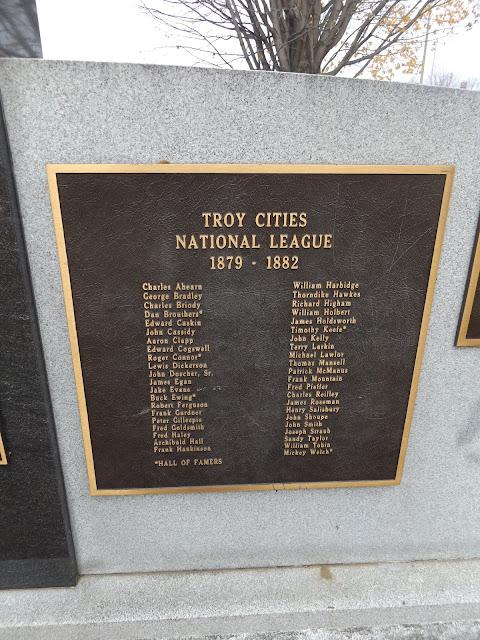 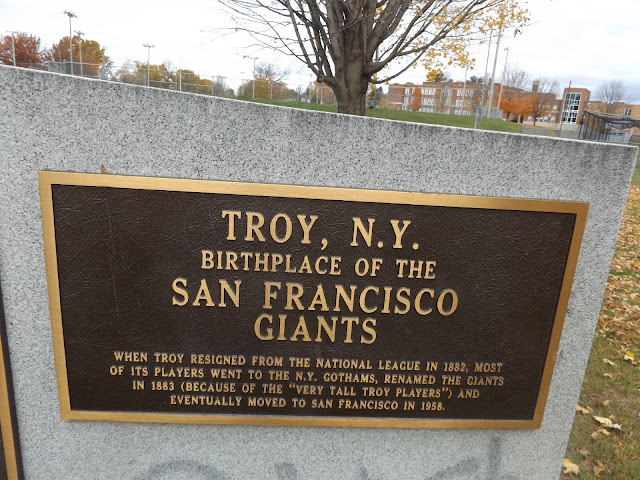 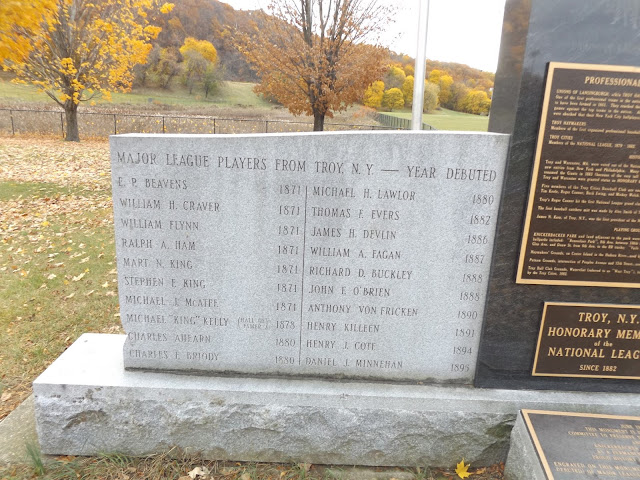 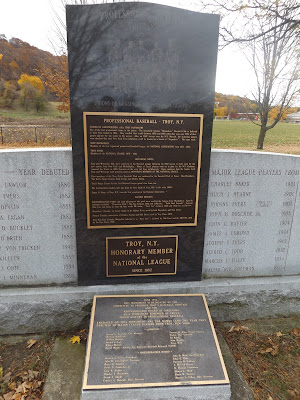 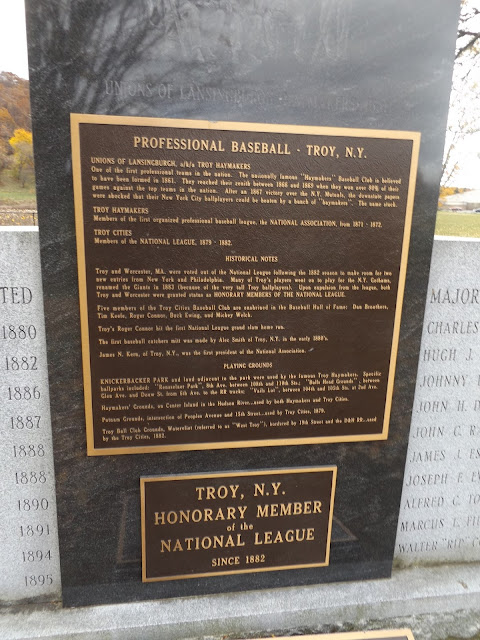