By Challenger Tom April 24, 2018
Back in 2015 I went searching for the site of the Fivay ghost town in Pasco County, Florida near modern day Florida State Road 52 in Hudson. 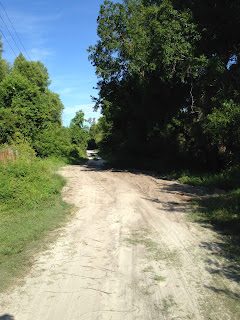 Fivay was the site of a large saw mill operated by the Aripeka Saw Mill Company from 1904 to 1912.  Fivay was reportedly the largest logging operation in Florida by 1910 with an approximate population of about 1,500.  According to Fivay.org the town of Fivay once operated 14 locomotive and 50 logging cars during the prime of the community.

Fivay was apparently put up for sale in 1911 but apparently did not find a buyer when operations shuttered in 1912.   Post Office Service shuttered in 1912 but the population of Fivay stayed at approximately 250 by 1919.  In the ensuing decades Fivay would gradually be razed and almost all traces have been swept away by urban sprawl.  The heart of Fivay was apparently located at the junction of Fivay Road and Little Road.  The logging pond to the southwest is about the only trace of Fivay left which can be accessed via Cricket Street on the dirt alley seen above.

Sadly there isn't much left of Fivay and its mill aside from a couple bricks sitting in the black water of what was a logging pond.  The water was far too black not to suspect that it may be alligator infested.  Despite the overgrowth the shape of the mill pond was still obvious. 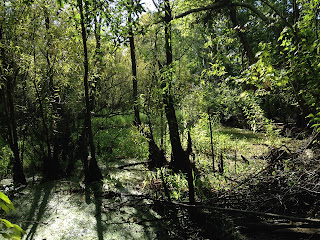 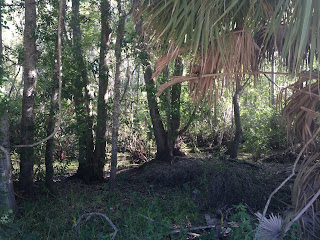 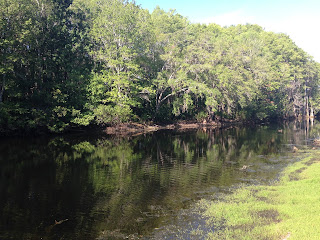