By Challenger Tom April 07, 2018
After completing California State Route 135 I jumped on the US 101 expressway and quickly pulled off onto Cat Canyon Road to reach Sisquoc which was the eastern terminus of CA 176.  I had scouted out Cat Canyon Road the day prior to my drive but it turned out to be far more fun than originally anticipated. 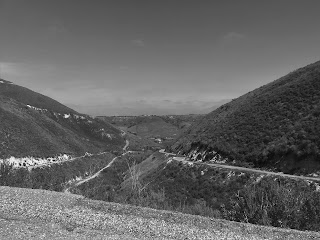 Cat Canyon Road is a little longer than 9 miles and stretches from US 101 north to Palmer Road.  When I had scouted out Cat Canyon Road it seemed pretty normal on all the Google Images that I had observed.  The first four miles were pretty tame aside from following a tanker truck that was going way too fast towards a refinery.  The trucker pulled away onto an unnamed refinery road and I stayed on Cat Canyon Road as it began to ascend.  Quickly I encountered a cattle guard above the cliffs of Cat Canyon and the road narrowed to a single lane. 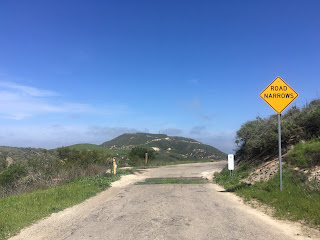 I was expecting a tame drive and not something resembling a hauling road from the Sierras but that's what Cat Canyon Road morphed into.  Cat Canyon Road descended about a mile and a half down a steep grade into Cat Canyon.  There was some really cool vistas of Cat Canyon Road snaking down the flanks of its namesake canyon along with various pieces of random broken down machinery from the nearby oil wells. 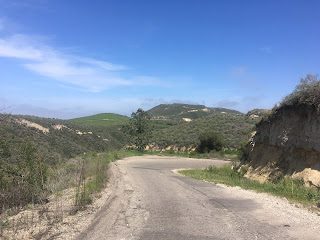 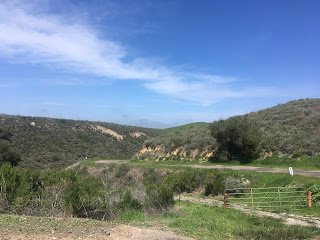 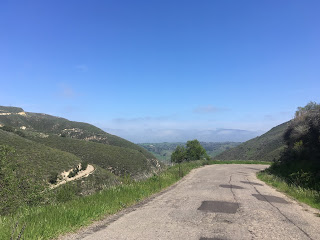 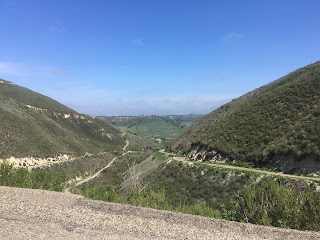 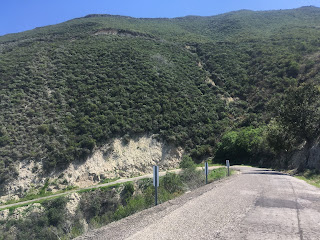 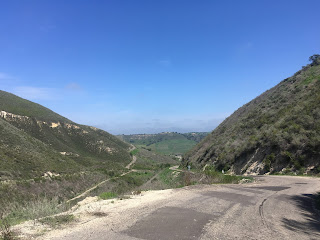 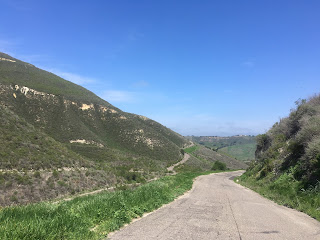 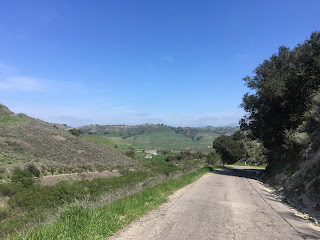 Cat Canyon Road crossed another cattle guard and resumed being a normal roadway. 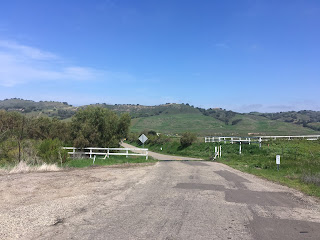 There was still lots of green hills and dips in the roadway to see north to Palmer Road.  The oil wells were very apparent on both sides of Cat Canyon Road. 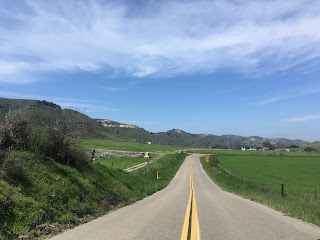 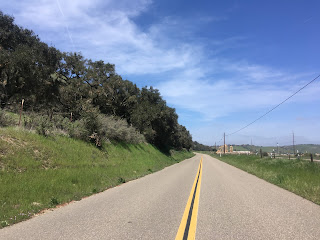 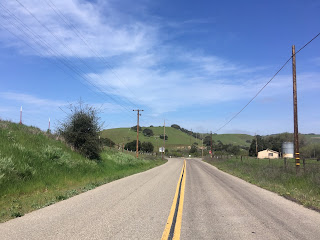 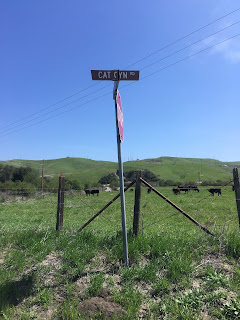 It turns out the reason there was so many weird roads near Sisquoc and Cat Canyon was due to the some large Cat Canyon Oil Field which was discovered in the Solomon Hills of Santa Barbra County in 1908.  The Cat Canyon Oil Field has close to 250 active oil wells and approximately 700 that have been closed off over the years.  I was able to find Cat Canyon Road stretching in it's modern configuration from Palmer Road south to US 101 on the 1935 California Division of Highways Map of Santa Barbra County.  Interestingly Palmer Road is listed as County Maintained from US 101 north to Legislative Route 148 in Sisquoc.