By Challenger Tom April 08, 2018
While passing through Hanford this past week I noticed a street blade for Court Street on a pedestrian sidewalk in downtown between Douty Street and Irwin Street. 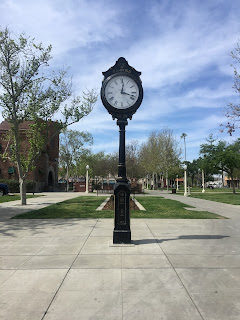 Court Street serves as the northern street in Courthouse Square which is bounded by Douty Street, 8th Street, and Irwin Street. 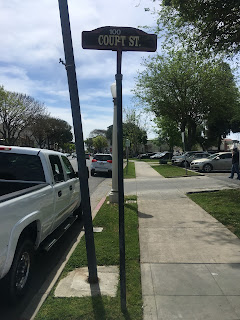 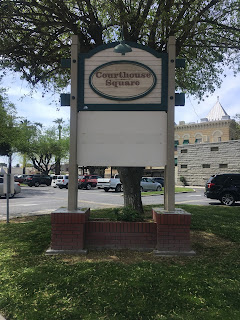 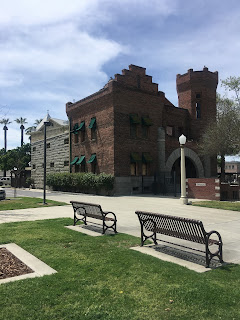 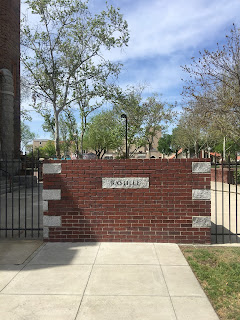 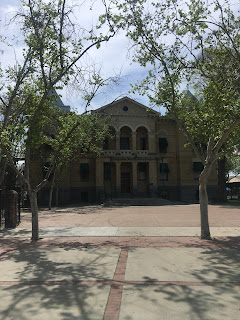 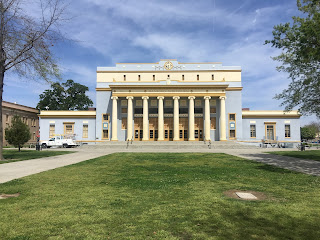 The west side of Court Street at Irwin Street is the Hanford Fox Theater.  The Fox Theater was opened in 1929 and is still frequently used for concert events.  Interestingly there is still a neon "FOX" sign at the very top of the building which is used at night.  The Fox Theater lines with with the intersection of Irwin Street and West Lacey Boulevard which was the original alignment of CA 198 and can be seen on the left side of this photo. 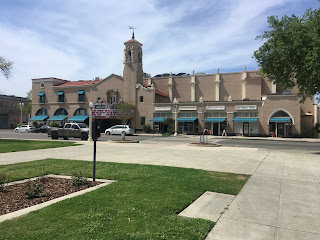 I'm not sure when Court Street was closed to vehicular access but the clock in the first photo on this blog has a construction date from 2000.  As stated above the Kings Counthouse was constructed in 1896 which was three years after Hanford became the County Seat of the newly created Kings County.  The 1892 map of Hanford doesn't Court Street but does show the approximate location of Courthouse Square.

On the 1938 Thomas Bros Map of Hanford, Court Street is shown as being an active roadway and located at the geographic center of the city.