A Nice Springtime Walk Around Albany 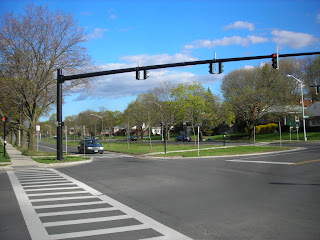 On Monday, April 30th, I took a nice long walk around a few local neighborhoods after work. Springtime in Albany is a wonderful time to be out and about, especially in Upstate New York, where the winters tend to keep people inside. I was not the only person with this bright idea, as there were plenty of people running, walking their jog or just spending quality time outside with family and friends. 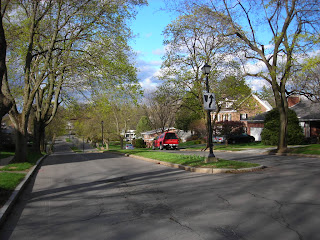 Marion Avenue with its stately homes, which is a little slice of the Buffalo suburb of Amherst, right here in Albany. 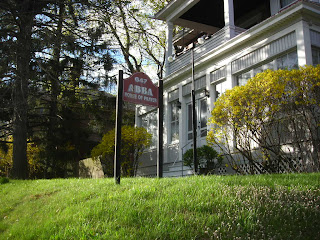 ABBA House of Prayer, which is located at the corner of Western Avenue (US Route 20) and Homestead Avenue. I've never been inside there, but the name sure catches my interest. 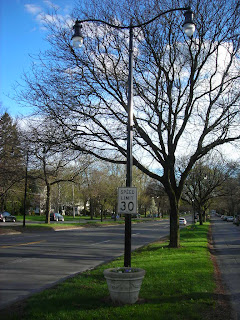 Manning Boulevard, which is another urban boulevard. This light post was replaced and installed back in 2005. 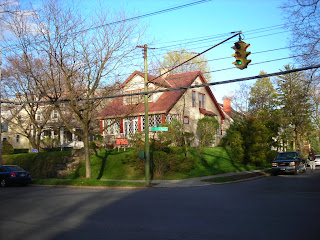 Albany has lots of old traffic signals, wherever you go. This one is placed in another residential neighborhood, at the corner of South Allen Street and Mercer Street. 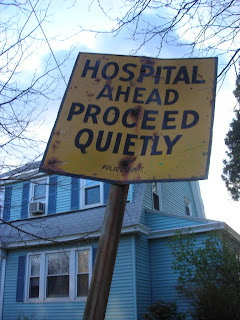 A nice old sign I found on South Allen Street, alerting passer-bys that St. Peter's Hospital is nearby. 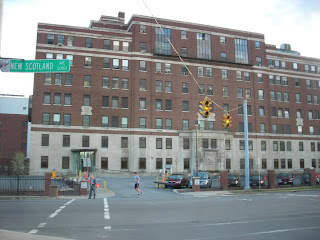 St. Peter's Hospital, as seen from the corner of South Allen Street and obviously, New Scotland Avenue. Like Hackett Boulevard, New Scotland Avenue gets a lot of crosstown traffic, along with the usual host of runners and other pedestrians on its sidewalks. 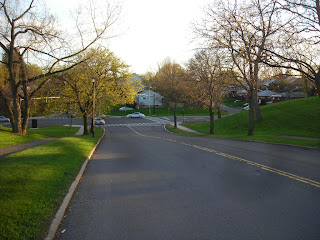 Closing out the journey, Academy Road sloping down to intersect with Hackett Boulevard and Marwill Street. Academy Road gets its name because it connects the Albany Academy, Albany Academy for Girls, Sage College of Albany and the Neil Hellman Jewish Center. A very learned street indeed. This wraps up my tour of the Albany neighborhoods for now.

Adam said…
Ahh the old neighborhood and the Abba House of Prayer! I never did get around to photographing it.
11:38 PM