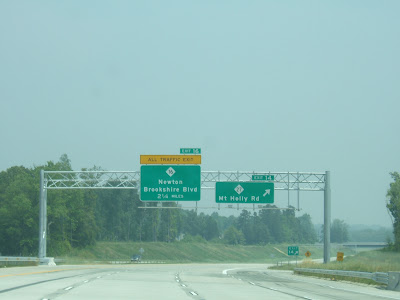 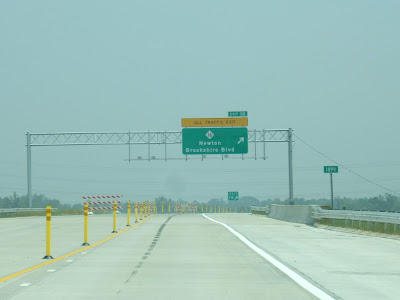 Here's the current end of I-485 at NC 16 in Northwest Mecklenburg County. 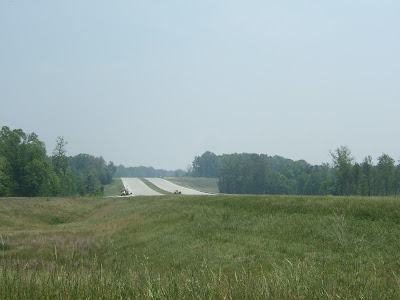 Chris gives a sneak peak of what's to come for I-485. This is beyond the current terminus at NC 16 as the unopened highway heads to I-77. It'll be empty for a little while. As the next part of the highway to I-77 and NC 115 near Huntersville will open in early 2008. (That's the current target opening.) 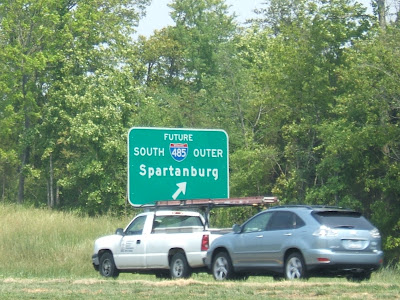 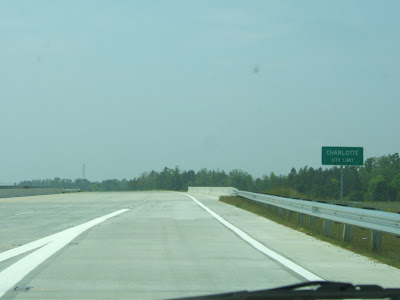 Chris has now entered Future South Interstate 485 Outer from NC 16. And at the Charlotte City Limit. That will change too. 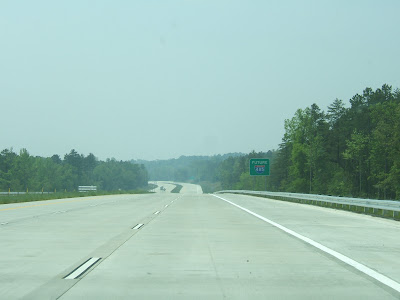 The guide sign shield that North Carolina has made popular. Fortunately, they decided adding South and Outer would have been a little too much.

Chris sent a few more photos and they'll be added to the Interstate 485 - Charlotte's Outerbelt Page over the summer.

For More Future North/South Inner/Outer Interstate 485 Fun at the blog, read here:
Another 3.5 Miles of I-485 to Open Tomorrow
4/9 Roadtrip: Augusta to Raleigh
Or just click on the Interstate 485 tag line below!

Sethjacl said…
Gilbert’s Transportation is a reputed travel agency known for premium corporate travel in Mecklenburg County at market competitive pricing. We provide top-notch personalized services to business travellers at affordable rates. We are well equipped to meet and exceed your expectations as we provide completely customized services as per your needs and requirements. We transform your corporate travel into a faster and much more convenient experience across various touch-points. You can trust us for a comfortable trip, reduced costs, and an utmost friendly customer experience.
Click here