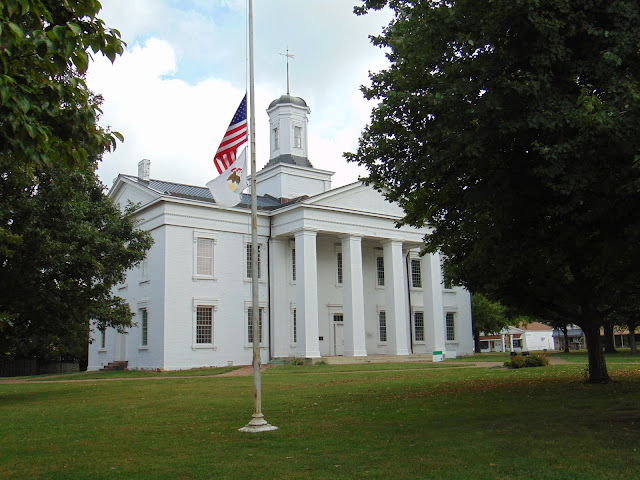 Some 620 miles away from the historic National Road's eastern end in Cumberland, Maryland is the western end of the historic road in Vandalia, Illinois. The National Road (or Cumberland Road) was planned to go through and later built to Vandalia for a few reasons. Vandalia holds the distinction of being founded to serve as the state capital of the great State of Illinois. In 1819, the United States Congress donated land to the state of Illinois for a capital and five commissioners were assigned the task of picking the location for the future state capital that wasn't prone to flooding like the original state capital in Kaskaskia. A trip up the Kaskaskia River in May 1819 brought the group to an area known as Reeve's Bluff, located on the river's west bank, and this area was chosen to be the state capital and became Vandalia. The route of the National Road through Illinois was chosen because Vandalia was capital. Abraham Lincoln was in Vandalia early in his political career, serving as a state legislator during the time when the National Road reached Vandalia, and both the man and the road continue to play prominent roles in the story of this small Midwestern city.

When federal funding for the National Road was eventually discontinued following the Panic of 1837, the National Road had only reached as far west as Vandalia. At that time, it became the first road in the United States to use macadam road surfacing, which was a new technology at the time. During the 1830s, the federal government conveyed part of the responsibility to the states through which the National Road runs. Tollgates and tollhouses were then built by the states. Plans were made to continue the National Road to either Alton, Illinois at the confluence of the Mississippi and Missouri Rivers or St. Louis, Missouri and on to Jefferson City, Missouri upstream on the Missouri River. However, funding ran dry after $6.8 million was spent on constructing the National Road, stopping construction and leaving the terminus at Vandalia, Illinois. Certain groups wanted the road to continue to St. Louis, while others wanted it to go north to Alton. Neither group got their way, as the controversy and financial situation of the day caused Senator Henry Clay, a major advocate of the National Road, to give up on the project and authorize any remaining transportation funding of the day go to emerging transportation alternatives such as railroads and canals. 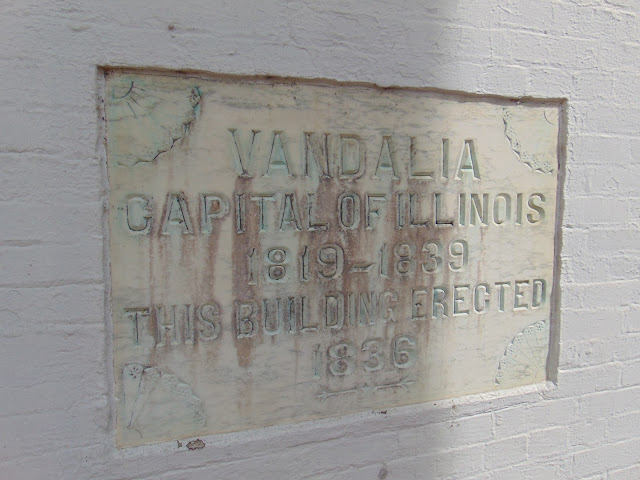 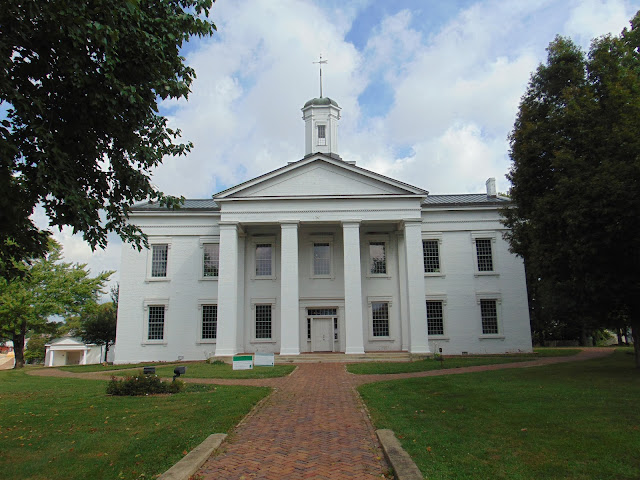