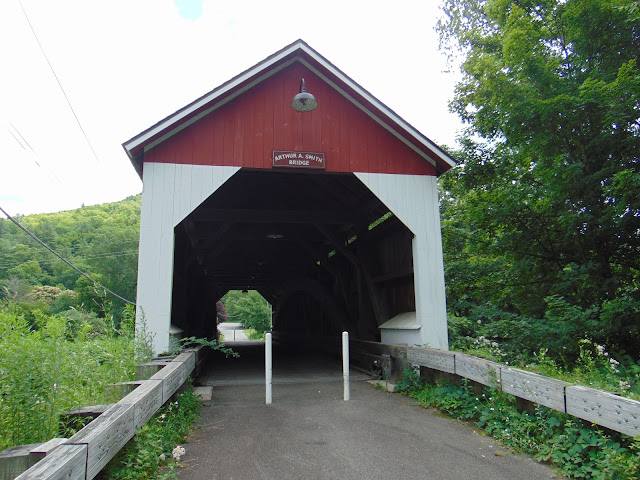 The Arthur A. Smith Covered Bridge is located in the small Western Massachusetts town of Colrain and is named for a resident Civil War Army captain by the name of Arthur A. Smith. The area around the covered bridge at that time was known as the Arthur A. Smith Flats, which gave the bridge its namesake. Built in 1869 to span the North River, the 99 foot long covered bridge is the only Burr arch truss designed covered bridge currently found in Massachusetts. The bridge is covered by a gabled roof, and its exterior is clad in vertical board siding, mostly painted red, but with some white trim found along the bridge's portals. It is supported by multiple king post trusses augmented by laminated Burr arches.

Colrain was once home to at least twelve covered bridges, and is home to one of a handful of remaining covered bridges that still has a home in Massachusetts. Most of the covered bridges were destroyed in the floods of 1936 and the flooding caused by the 1938 hurricane. Of those covered bridges, the Arthur A. Smith Covered Bridge is the last one remaining. But the bridge has had its share of near misses as well, after being severely damaged during a flood in 1878. It then sat abandoned until 1896, when the town voted to rehabilitate the covered bridge and moved it to its present location on Lyonsville Road, where it would serve as part of the main road to the neighboring town of Heath. The bridge was strengthened in 1920 with the addition of laminated beam arches, which may have allowed it to withstand the flooding events of the 1930s. During the 1980s, the Arthur A. Smith Covered Bridge was taken out of service for motor vehicles and moved to adjacent land. Following restoration work between 2005 and 2007, the covered bridge was put back in service, but only for pedestrians and bicycles.

At a meeting in August of 2020, the Selectboard of Colrain voted to allow motor vehicles for two way traffic on the Arthur A. Smith Covered Bridge again, pending the receipt and posting of height and weight limit signs, as is required by the Massachusetts Department of Transportation. This had settled a decades long debate on how to handle traffic for the covered bridge. It is not far from other crossings of the North River, but would allow for an extra bridge to cross for local residents as well as admirers of covered bridges. My visit to the Arthur A. Smith Covered Bridge only allowed for crossing by foot on a quiet summer afternoon. The bridge is a nice window into the covered bridge history of Massachusetts, an often forgotten chapter in the rich and diverse history of the Bay State. 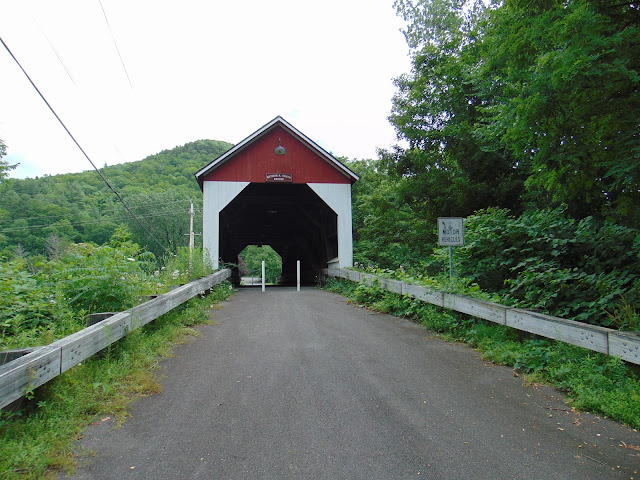 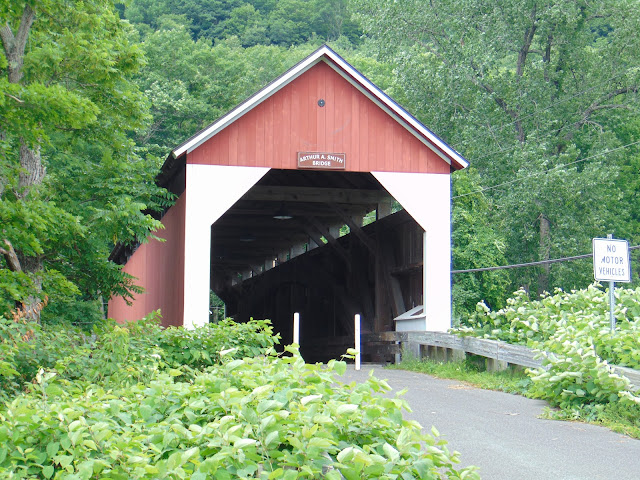