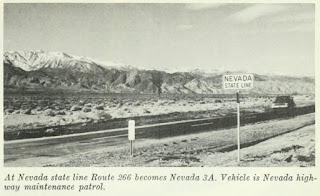 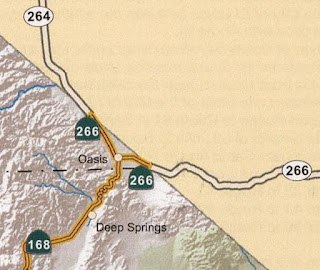 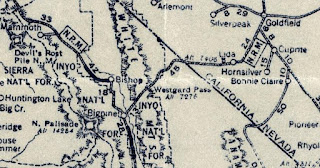 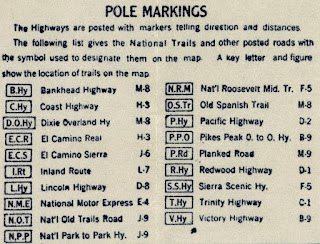 Historically Westgard Pass was tied to the mining fortunes of Lida, Nevada.  Mining claims in Tule Canyon during the 1860s led to the establishment of the town of Lida (also known as Alida) in 1872.  The formation of Lida was soon followed up with Post Office Service being established in 1873.  A stage route westward through what is now Gilbert Pass and Westgard Pass was subsequently established to Owens Valley.  Oasis was established as a stage stop on Cottonwood Creek of Fish Lake Valley in the the early 1870s near the mines of Sylvania west of Lida.  Post Office Service in Oasis began in 1873 signifying the community was notable for it's time.  Oasis can be seen on the 1882 Bancroft's Map of California and Nevada displayed as Ropers Ranch.  The stage route west of Oasis can be seen traversing the then unnamed gap in the White Mountains and Inyo Mountains. 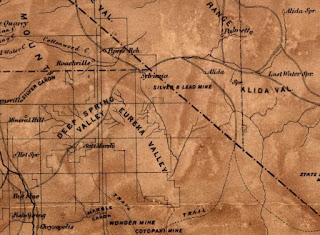 Legislative Route Number 63 ("LRN 63") was added to the State Highway System by way of the 1919 Third State Bond Act.  The original definition of LRN 63 simply was a highway originating in Oasis and terminating at Big Pine of Owens Valley.  The projected line of LRN 63 first appears on the 1920 California Highway Commission Map. 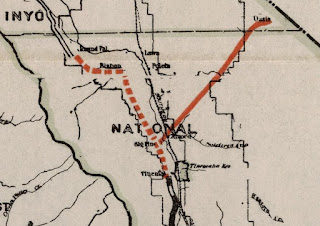 LRN 63 appears in the August 1924 California Highways & Public Works as a secondary State Highway.  LRN 63 is stated to be 38.6 miles in length from Big Pine east to Oasis. 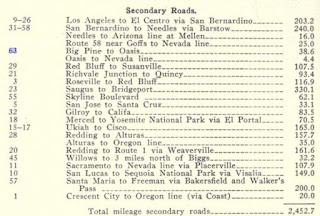 1931 Legislative Chapter 82 extended LRN 63 from Oasis 2.5 miles east to the Nevada State Line.  The extension of LRN 63 was made with the simple rationale that it provided a logical connection with NV 3.  The extended LRN 63 can be seen east of Oasis for the first time on the 1932 Division of Highways State Map. 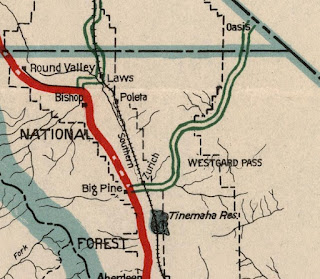 The extension of LRN 63 east of Oasis to the Nevada State Line first appears in the August 1932 California Highways & Public Works. 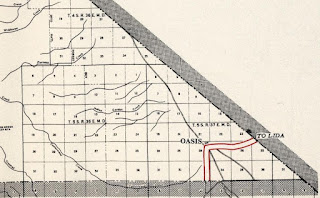 LRN 63 in Westgard Pass is seen a primitive state in the January 1939 California Highways & Public Works. 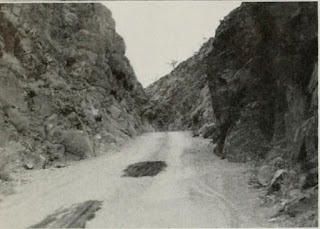 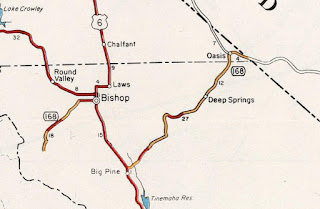 1965 Legislative Chapter 1875 added CA 266 as a new State Highway with the following definition:
"Route 168 near Oasis to the Nevada state line via Mono county road 101"
The adoption of Mono County Road 101 into the State Highway System is discussed in the July/August 1966 California Highways & Public Works.  CA 266 was adopted during October of 1965 via Legislative Chapter 1875.  The adoption of CA 266 included the 7 miles of paved highway from CA 168 in Oasis north to NV 3A at the Nevada State Line.  The same article features CA 168 east of Big Pine and the history of Westgard Pass. 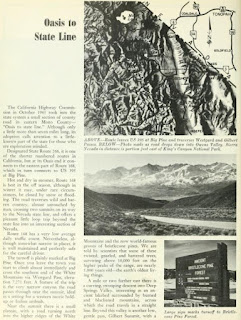 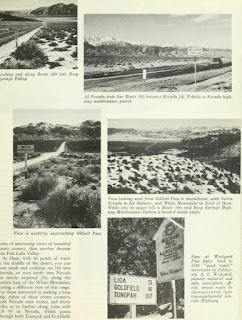 During the 1976 Nevada State Highway Renumbering NV 3A from the northern terminus of CA 266 was reassigned as NV 264.  NV 3 from the eastern terminus of CA 168 was reassigned as part of NV 266.   It is unclear if the assignment of NV 266 was intentional or a coincidence given many of the Nevada State Highways of Esmeralda County were assigned numbers in the 200-299 range.  NV 264 and NV 266 both appear for the first time on the 1978-79 Nevada Department of Transportation Map. 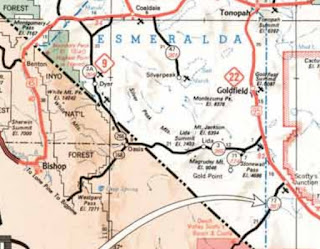 1986 Legislative Chapter 928 extended CA 266 east from Oasis to the Nevada State Line via transfer from CA 168.  The extension of CA 266 provided a continuous multi-state highway via NV 266 east to US Route 95 near Goldfield.  The extended CA 266 appears for the time on the 1988 Caltrans Map. 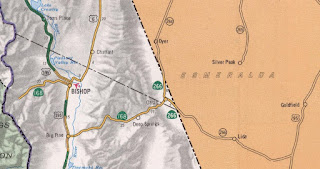