In what turned out to be a $12 million investment from the New York State Department of Transportation and the City of Kingston, NY, the four-way intersection connecting Broadway, Albany Avenue, and Interstate 587 was transformed into a much more efficient transfer point for traffic traversing western Kingston in all directions. The original four-way intersection here dated to the 1950s and its traffic signals were notoriously inefficient. Additionally, safe passage for pedestrians and other non-motorized traffic was no guarantee as those movements were not safely accounted for in the original design. 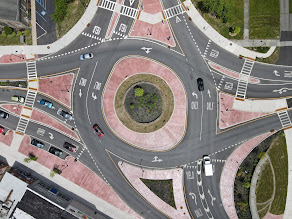 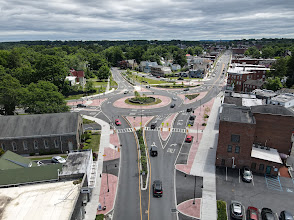 Above: The new Albany Avenue/Broadway Roundabout project increases efficiency of traffic movements across west Kingston while also improving motorist & pedestrian safety at one of the city's busiest intersections.
Construction of this $12 million project began in early 2020 and persevered throughout the COVID-19 Pandemic. Substantial completion status was attained at the end of 2021, with physical completion status being reached in Spring 2022. The new-look intersection has already had a significant impact on  travelers of all methods and has been a much needed investment for what had previously been one of Kingston's most outdated traffic transfer points.
The following pictures were taken by the author of this post using a DJI quadcopter drone. Always use proper judgment and situational awareness when flying in areas such as this. Click on each photo to see a larger version. 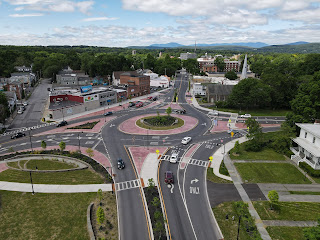 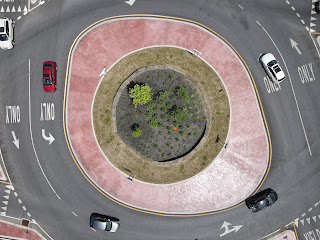 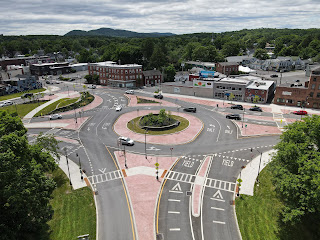 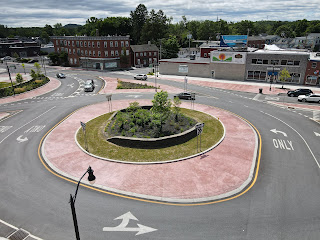 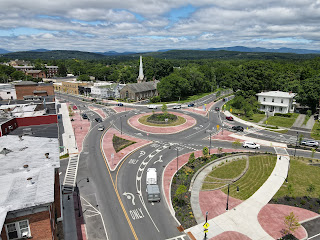 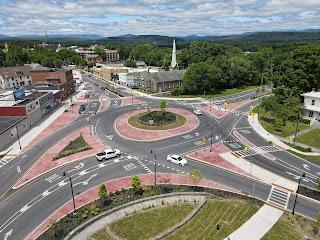 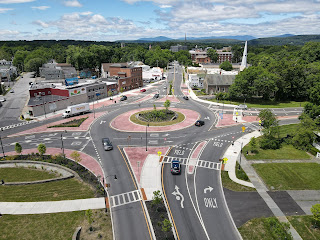 The following pictures were taken by the author of this post and detail some of the new traffic patterns and signage now in place at the new intersection: 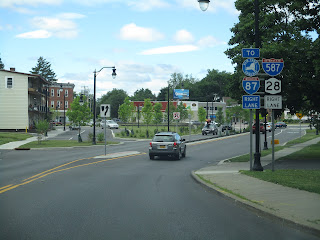 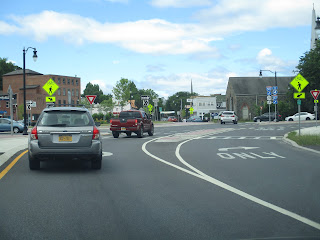 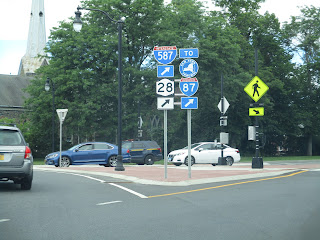 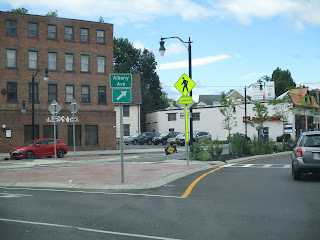 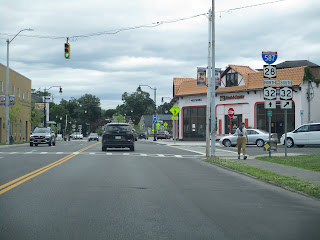 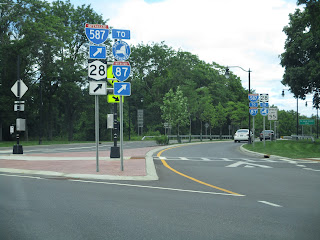 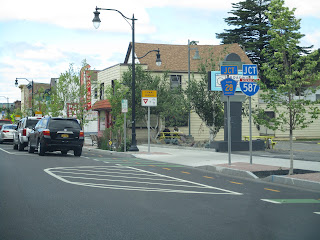 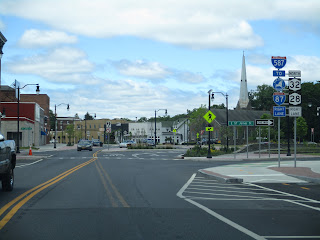 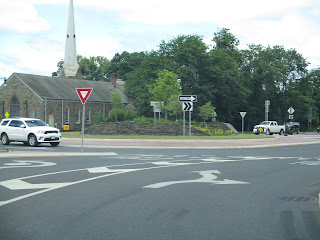 Stephen Taylor said…
In Texas they're called traffic circles, and they're making a comeback. Austin is beginning to use them all over the city, including at a troublesome intersection near our home. The intersection has a large amount of north/south traffic, a steady amount of east traffic and very little from the west. Nasty intersection, controlled only by four stop signs. The COA installed the new traffic circle, and the intersection is now a joy to navigate. The traffic backups from the north continue, but traffic continues to flow and the backups move very quickly. The circle is very small, but it works very, very well. A good use of taxpayer money. Austin is also placing small circles in neighborhoods around town. My wife, who moved to Texas from Chicago, had never seen one and had to be taught how to use them. )She also had to be taught about low-water crossings and flash floods, but that's another story.)

My hometown had a large one where one east/west highway forked to the southwest and the northwest. TxDot installed a circle there back in the '50. Kids growing up in that town learned to navigate "The Circle" as it was called, very early on. It worked very well for my hometown, but when traffic circles fell out of favor with TxDot, the circle was replaced by a very awkwardly designed intersection with traffic signals. The locals hate that intersection with the white-hot heat of a thousand burning suns and wish they had their old circle back. They were all over Southeast Texas, and even today, in places where the circles have been replaced, businesses will still advertise their location as being "on the circle".
1:56 PM