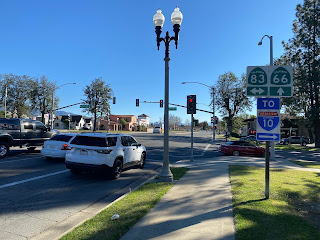 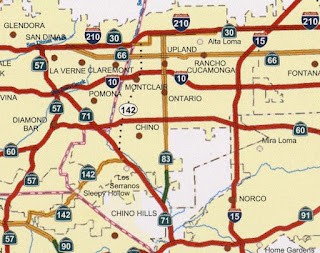 The current California State Route 83 (CA 83) is the second highway to be designated with the number.  For background on the original CA 83 please refer to the below blog:

The history of modern CA 83 begins in 1933 when the State removed the barriers which prevented the Division of Highways from maintaining mileage within incorporated cities.  This measure led to a large influx of urban mileage being added to the State inventory during 1933.  One such routing was Legislative Route Number 192 (LRN 192) defined by Legislative Chapter 767:

13 miles of Euclid Avenue is announced as being annexed as LRN 192 in the April 1933 California Highways & Public Works.

LRN 192 thusly first appears on the 1934 Division of Highways Map.  LRN 192 was not assigned one of the original Sign State Routes which were announced in the August 1934 California Highways & Public Works. 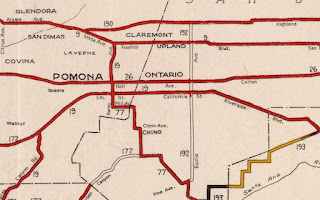 LRN 192 on Euclid Avenue appears in detail on the 1935 Division of Highways Map of San Bernardino County.  LRN 192 is displayed as ending at LRN 190/Olive Street in Upland and CA 71/LRN 77 at Pine Avenue. 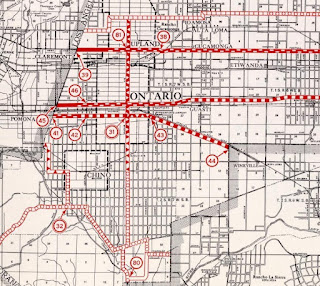 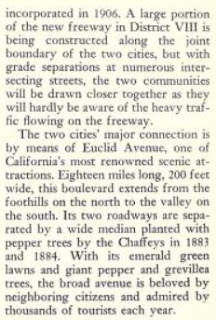 The May/June 1953 California Highways & Public Works announced CA 30 was aligned past the northern terminus of LRN 192 via LRN 190. 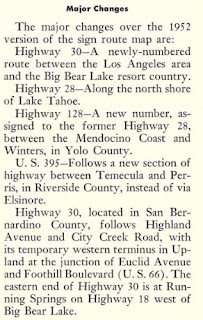 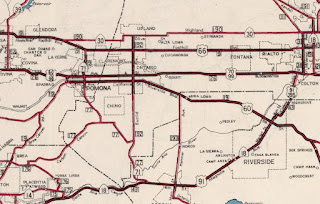 The May/June 1958 California Highways & Public Works announced funding had been released to construct a new interchange between CA 71/LRN 77 and LRN 192.

The May/June 1959 California Highways & Public Works noted that the CA 71/LRN 77 Corona Freeway Interchange with LRN 192 was scheduled to be completed during June 1959.  The project included 5.3 miles of the Corona Freeway to Merrill Avenue as a Super Two Freeway.  1959 Legislative Chapter 1062 simplified the definition of LRN 192 as "LRN 77 to LRN 190 in Upland." 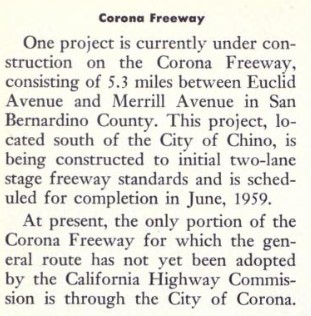 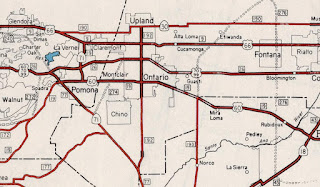 As part of the 1964 State Highway Renumbering the Legislative Route Numbers were dropped.  All former Legislative Route Numbers lacking a Sign State Route were assigned one.  Thusly what was LRN 192 on Euclid Avenue was reassigned as the second iteration of CA 83.  CA 83 on Euclid Avenue first appears on the 1964 Division of Highways Map.  The original definition of CA 83 was "Route 71 to Route 30 near Upland." 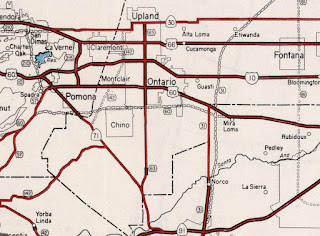