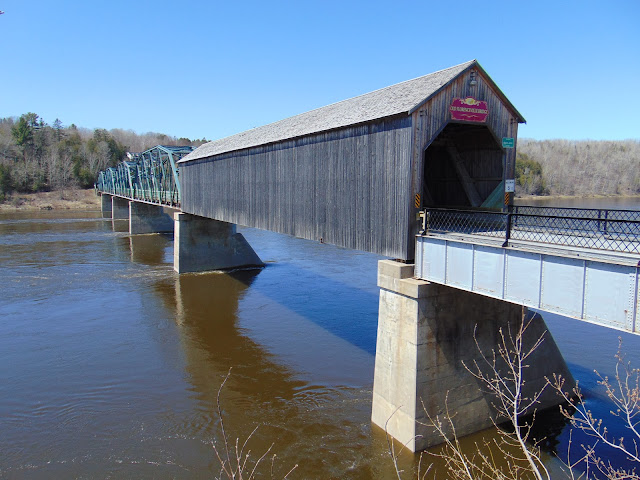 The Florenceville Bridge is a combination of a four steel truss spans and a Howe truss designed covered bridge that crosses the Saint John River in Florenceville-Bristol, New Brunswick, which is also known as the French Fry Capital of the World due to its association with the McCain Foods company. The covered bridge portion of the bridge is 154 feet (roughly 47 meters) long and links the eastern and western shores of Florenceville. But when you account for the four steel truss spans, the length of the bridge is closer to 1000 feet.

The original bridge was built by Albert Brewer, the same builder who constructed the Hartland Covered Bridge just downstream along the Saint John River. Prior to the construction of the original bridge in 1885, movement of people and goods between the east and west sides of Florenceville were dependent on ferry travel. The first post office and the commercial section of the village were situated on the west side of the river, but over time, the town's central business district gradually migrated to the east side of the Saint John River. The construction of the bridge signified the need to cross the river frequently and that the traffic demand became greater than the ferry was able to accommodate Construction on the original bridge started in 1882, and even before the bridge could be opened, three of the five spans were destroyed by an ice freshet. The present Florenceville Bridge was built in 1911 and is located on the site of the original 1885 bridge, which was destroyed by fire.
The bridge has also been designated for its architectural and historical value as one of New Brunswick's covered bridges. While the bridge is now only partially covered, the bridge was once covered on both ends. The western portions of the covered spans of the bridge were destroyed in a fire in 1932 and those spans were replaced with steel trusses. Fortunately the easternmost span of the bridge was able to remain as a covered span. I feel this adds to the uniqueness of the Florenceville Bridge. Today, you can see the bridge by taking a stroll down the main street in Florenceville-Bristol. When I visited, the bridge was closed to traffic, but presumably you can normally drive across this bridge as well. 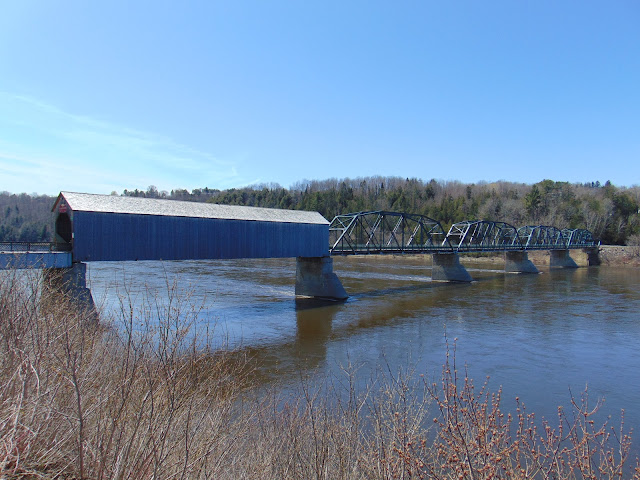 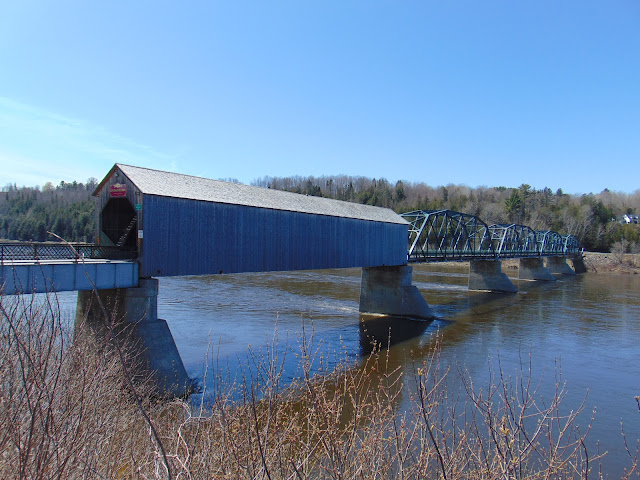 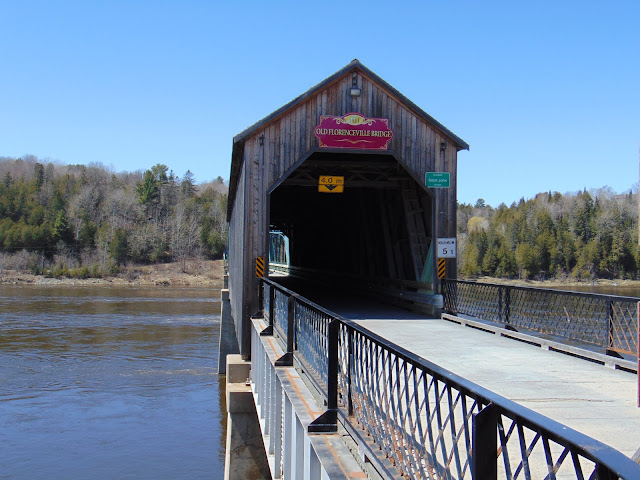 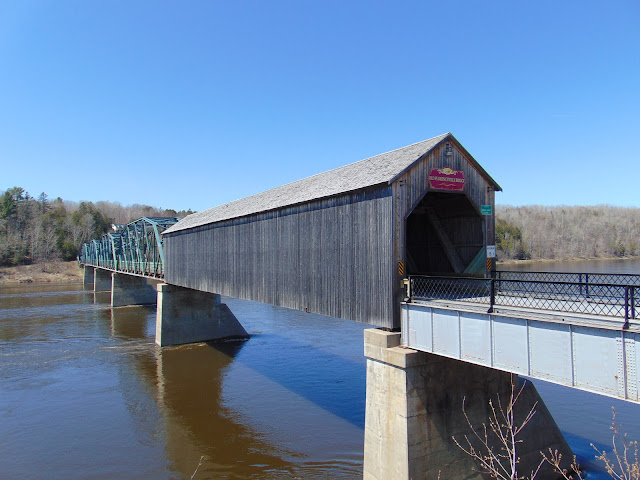 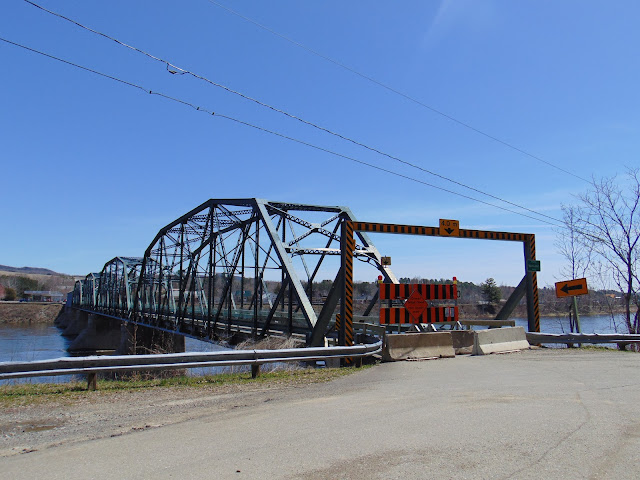