By Challenger Tom July 06, 2017
After returning to US 395 via CA 270 from Bodie I headed south towards Mammoth.  Along the way I detoured off of US 395 onto CA 158 which is known as the June Lake Loop.  CA 158 is a 16 mile loop route in rural Mono County to/from US 395.  Only the 3.5 southern most miles of CA 158 are kept open during the winter while the rest of the route closes for the winter.  I started CA 158 from the north terminus and headed south. 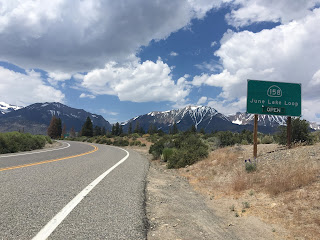 Apparently the slab of asphalt behind the guide sign was once an alignment of US 395. 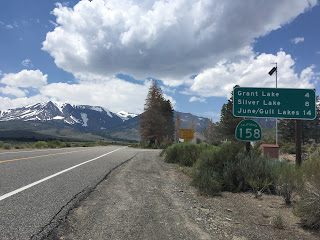 The views of the Eastern Sierras approaching Grant Lake are stunning, especially after a heavy winter like early 2017. 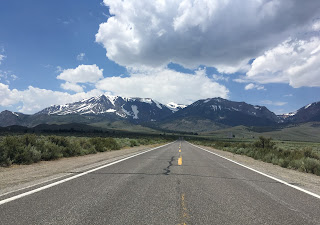 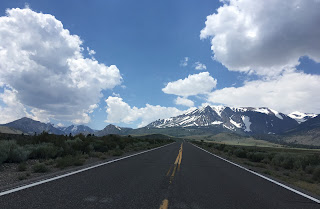 After crossing a small ridge CA 158 begins to run along the shore of Grant Lake. 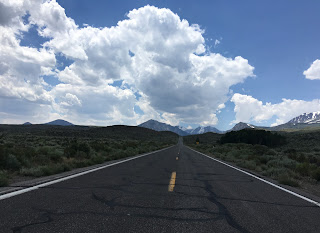 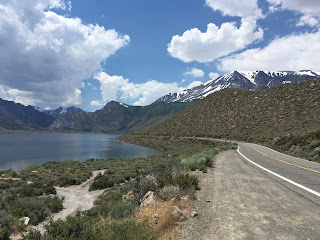 CA 158 follows the shore of Grant Lake before descending through a small canyon to Silver Lake. 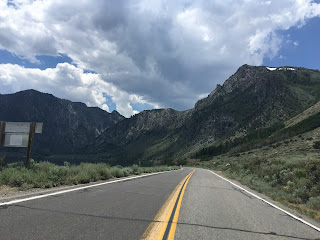 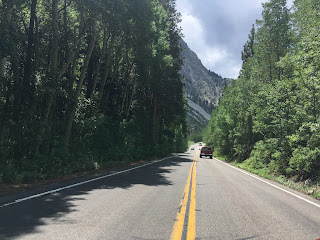 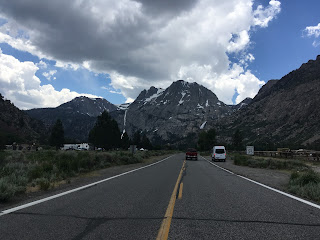 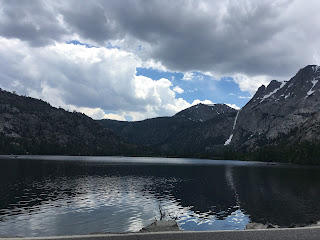 Approaching Gull Lake there is much more buildings and population alongside CA 158. 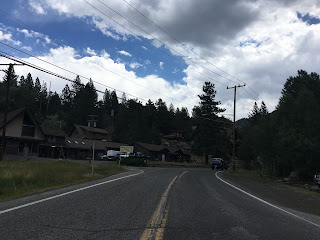 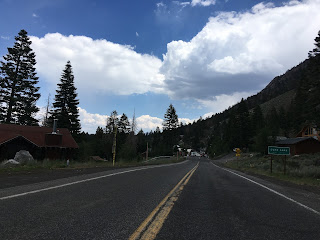 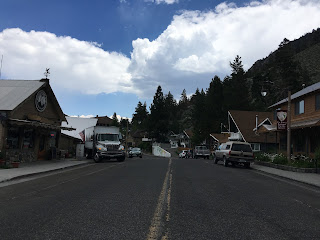 CA 158 runs along the south shore of June Lake (the lake, not the community). 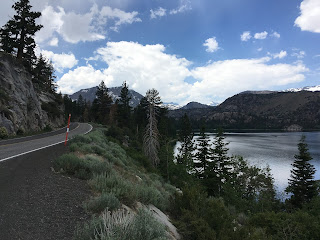 CA 158 drops in elevation before reaching it's southern terminus at US 395. 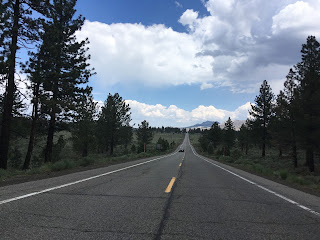 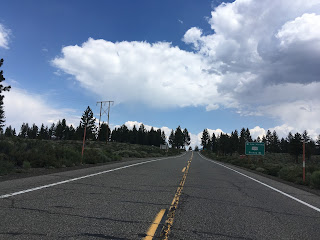 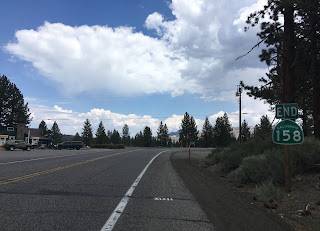 I stopped at June Lake Junction for lunch since the deli has pretty good sandwiches.  I noticed a really exacting license plate in front of the deli that had a clear connection to CA 158. 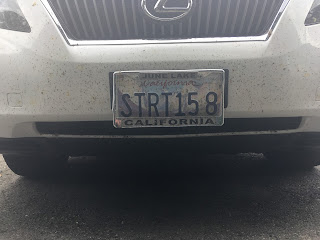 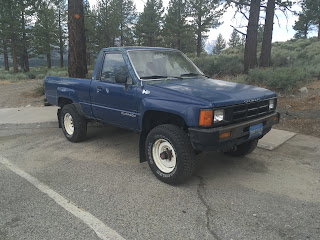 The drizzle I ran into over Tioga Pass earlier in the day finally caught up to me as I was taking photos of the Sierras from June Lake Junction. 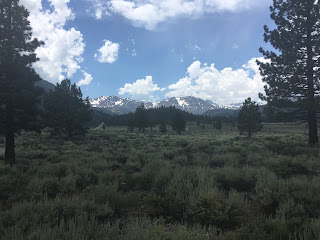 CA 158 was originally unsigned Legislative Route Number 111 before the 1964 California Highway Renumbering.  CA 158 is essentially unchanged from the original alignment which was adopted in 1933 which can be seen on the 1935 California Division of Highway Mono County Road Map.

From the north terminus there are four lakes on CA 158; Grant, Silver, Gull, and June.  Apparently all the lakes are sub-alpine and are fed from creeks emptying out of the eastern Sierras.  The section of roadway south from the north terminus of CA 158 was constructed during 1915 to Silver Lake for a hydroelectric project on Rush Creek.  The roadway from the southern terminus was built from June Lake Junction, past June Lake, to Silver Lake by 1924.  By 1927 there was enough people living at June Lake to warrant postal service.