By Challenger Tom July 07, 2017
After leaving Mammoth I headed south on US Route 395.  Out in the Mojave Desert of Inyo County I took a turn on California State Route 136. 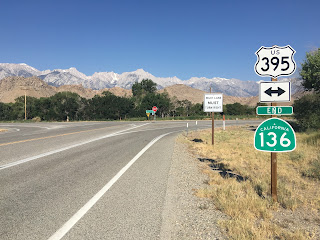 CA 136 is 16 mile generally east/west highway which traverses the eastern shore of Owens Lake.  In my opinion the north terminus of CA 136 might be the best looking in the entire state with a clear wide view of the High Sierras to the northwest.  My approach to CA 136 was on US 395 southbound. 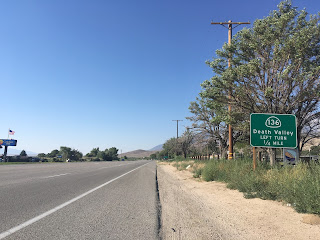 Interestingly CA 190 is co-signed with CA 136 on the southbound guide sign.  From Lone Pine CA 136 is the most direct route to Death Valley National Park.  CA 136 is a former alignment of CA 190 which has long been a gapped route with many historic proposed routings through Sierras. 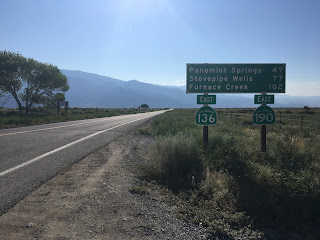 CA 136 initially takes a eastward turn towards the mountains before turning south.  The route of CA 136 is located above the Owens Lake Basin and is one of the few state highways in California signed at 65 MPH. 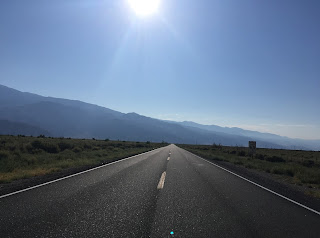 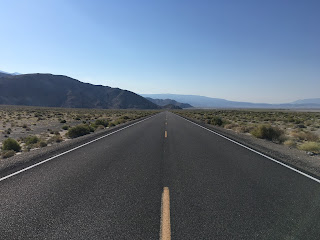 There is a hell of a view of the Sierras looking back eastward. 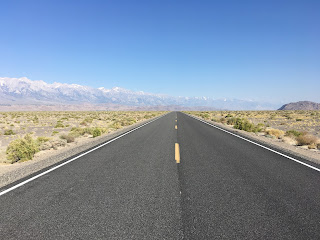 There is a ghost town called Swansea on CA 136 but I didn't see any ruins that were really eye catching when I passed by. 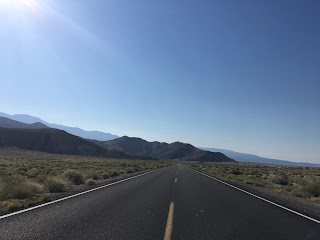 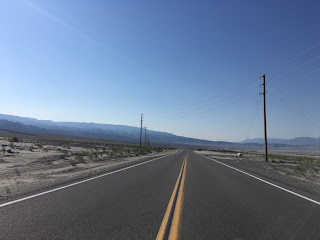 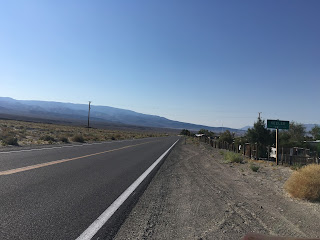 Keeler was founded originally as "Hawley" in 1872 when the pier for the Cerro Gordo Mines at Swansea a couple miles north was lifted out of Owens Lake by the Lone Pine Earthquake.  I'm not sure when the name of the town was changed to Keeler but the Carson and Colorado Narrow Gauge Railroad did reach it by 1883.  Keeler remained the southern terminus of the Carson and Colorado until it was shuttered in 1960.  Apparently the tracks were removed later but the former rail depot has remained standing in Keeler as a derelict ever since. 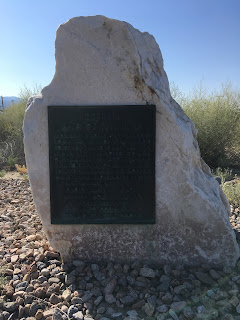 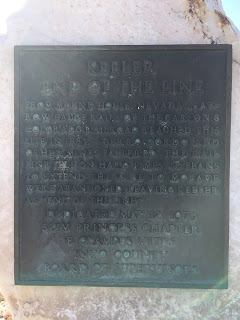 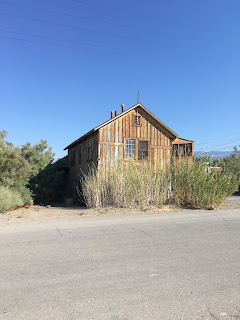 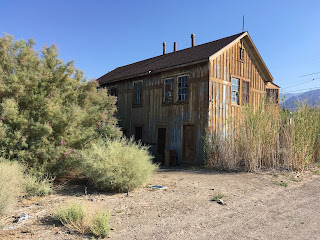 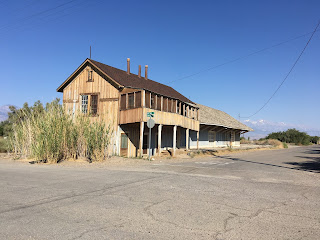 Next to the railroad is the original alignment of CA 190 which ran through downtown Keeler. 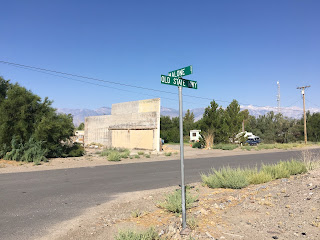 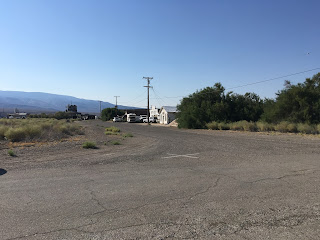 Leaving Keeler there is one more reassurance CA 136 shield but nothing at the junction with CA 190. 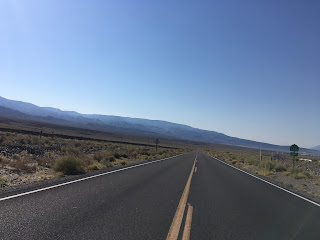 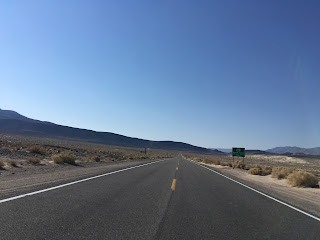 The junction of CA 136/CA 190 is a great place to stop and get a panoramic of the Owens Lake bed with the Sierras as a backdrop.  Owens Lake is fed by the Owens River and was thought to be as large as 200 square miles about 11,000 to 12,000 years ago.  The water level of Owens Lake was typically anywhere from 25 to 50 feet in depth and was last full before the Los Angeles Aqueduct project started to divert water in 1913.

The routing of CA 136 was part of Legislative Route Number 127.  LRN 127 was adopted in 1933 and generally was signed as CA 190 through all segments of the highway.  The original routing of LRN 127 can be seen on the California Division Highways Map of Inyo County.  Interestingly LRN 127 is shown running on Horseshow Meadow Road to Lonepine and has a gap from the yet obtained Eichbaum Toll Road in Panamint Valley.

By 1938 the state had obtained the right-of-way for the Eichbaum Toll Road.  CA 190 is shown running from US 99 east to Quaking Aspen in the Sierras.  A proposed route through the Sierras via Kern Canyon to Horseshoe Meadow is shown.  CA 190 is shown on the current routing of CA 136.

By 1964 the California Highway Renumbering had occurred and a new LRN number of 136 was assigned to the highway between Lone Pine to the modern CA 190 junction at Owens Lake.  The modern routing of CA 190 east of Olancha was still not a state highway at this point.

By 1966 a modified proposed alignment of CA 190 in the Sierras appears on the state highway map.

As far I am aware the 1966 proposed alignment of CA 190 in the Sierras is still on the books and hasn't been abandoned.  The most recent state highway map showing the proposed routing of CA 190 is from 1990.