Maggie's cousins live off of Missouri 364 so we were on this road the most.  Though, our exposure was of the highway from Harvester Road east to Interstate 270, I was impressed at what I saw of the route.
From what I saw, Missouri 364 certainly appears to be Interstate standard, and there seems to be some inclination that it will or can become Interstate 364 whenever MODOT petitions for it.  The MO 364 freeway was built over three phases from the early-2000s to 2014.  The route runs just over 21 miles from Interstate 64 in Lake St. Louis to Interstate 270 in Maryland Heights. East of I-270, it continues as Page Avenue. 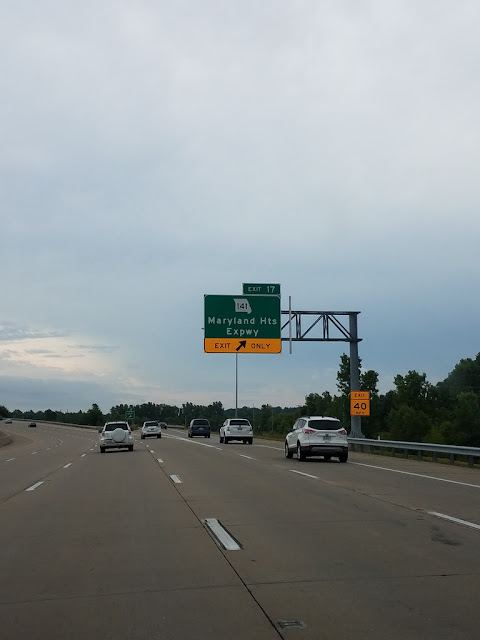 Missouri 364 continues east towards Interstate 170 and eventually St. Louis as Page Avenue/County Road D.  Just east of I-270, the road has some expressway features before turning into an arterial east of Lindbergh Blvd.  Below are some shots along Page Avenue. 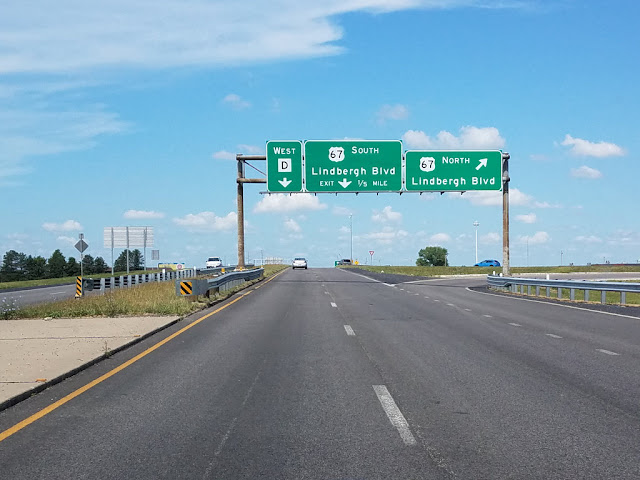 Of everything I saw along I-270, I thought the interchange with MO 340 (Olive. Blvd.) was the most unique.  The interchange here is a SPUI (Single Point Urban Interchange) but the overpass that carries Olive Blvd at the interchange includes a small well landscaped parklet on both sides. 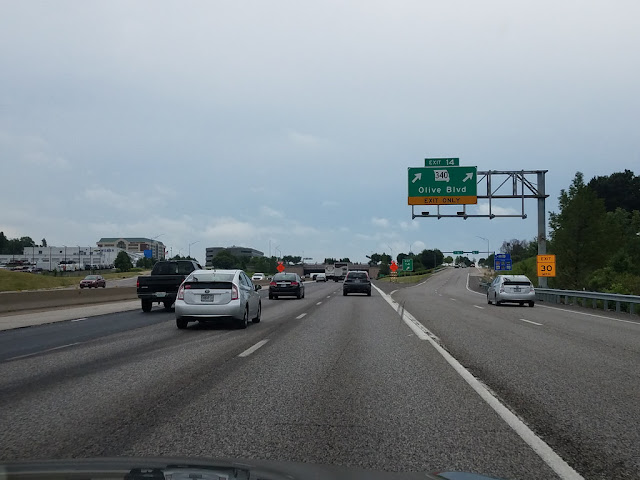 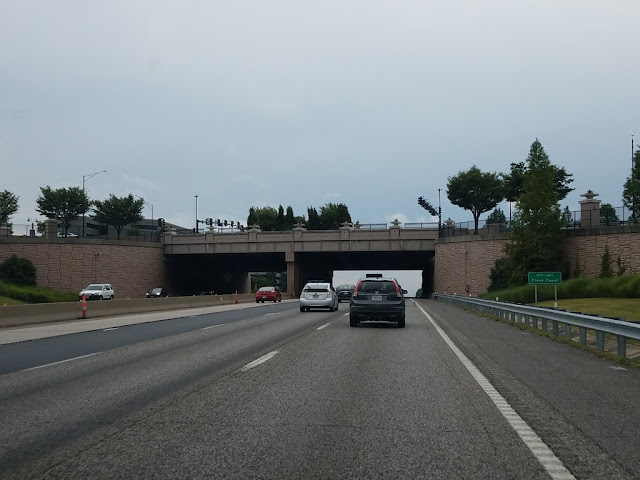 We weren't on Interstate 170 much - just from Page Avenue to Clayton where we visited Charles A. Shaw Park on Saturday morning. 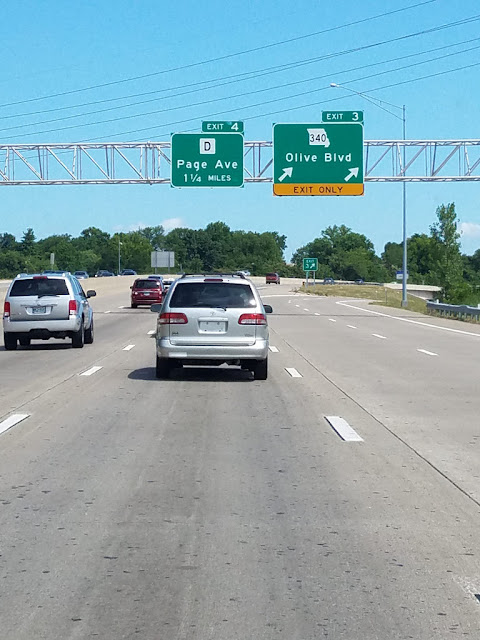 I-64 was what we were on the most on the way to the Zoo and to the Cardinals game.  Traffic was much heavier on this highway than the other St. Louis freeways. 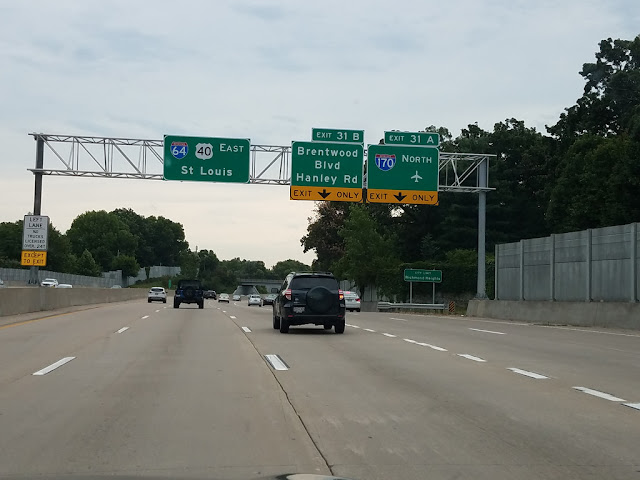 On Friday evening, we went to Busch Stadium for the Cardinals/Nationals game.  This was my first time to Busch Stadium (it is one of four major league stadiums I have been to).  The view from behind home plate gives an awesome view of downtown and of the Gateway Arch.  One of the things I love about downtown ballparks are the various angles of a city's skyscrapers and other noteworthy buildings. 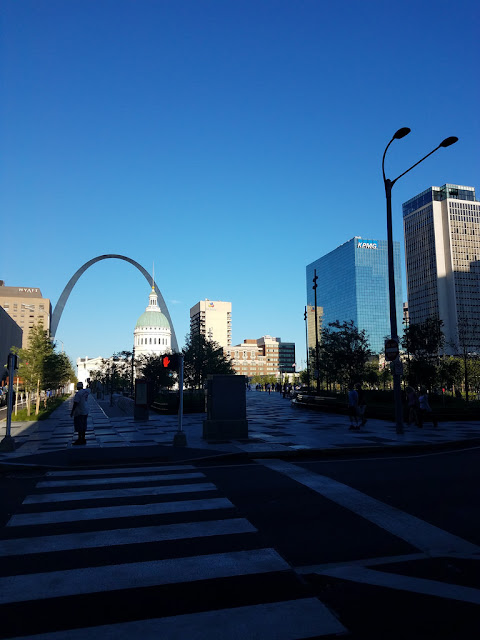 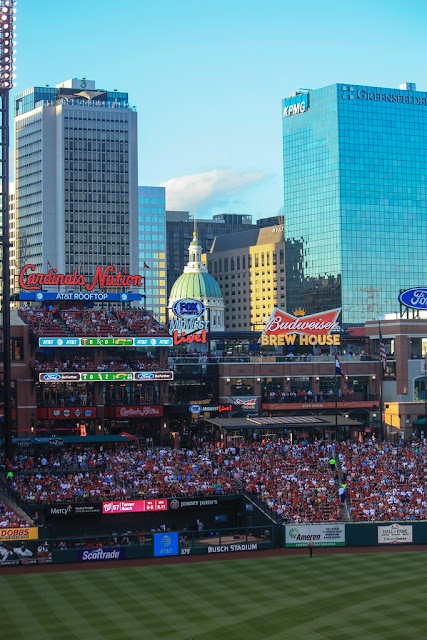 Busch Stadium is a great venue and the Cardinals won 8-1. It was a promotional give away night celebrating the 1967 World Series Champions and the team was giving away promotional beer steins. 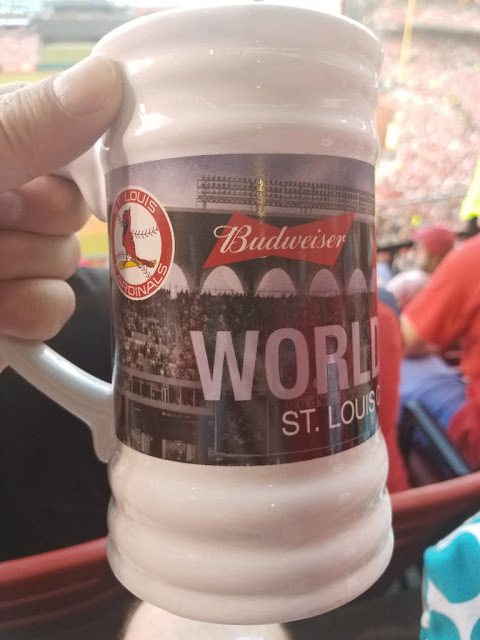 All in all, a very good night at the ballpark.  Unfortunately, we didn't get to explore downtown St. Louis as much as we had originally anticipated.  The 4th of July parade downtown would make for it to be difficult to get downtown and also get to the arch, so we made alternate plans for the next morning.  That's ok though, we plan on going back in a few years.  The boys will be older and we'll be able to go to other places in the area.  We really enjoyed our time in St. Louis and the next blog entry will cover our drive from St. Louis to Indianapolis.