I had the pleasure of driving around the state of Vermont this past Sunday. While the main focus of the trip was to photograph waterfalls (as opposed to taking pictures of the rivers and the lakes that I'm used to), I spotted some neat signs during the course of my travels as well.

At one point, I headed down a forest road between Ripton and Goshen in the Green Mountain National Forest. I passed by a couple of signs on a side road where my roadgeek intuition kicked in and demanded that I take a closer look. That's when I spotted a couple of Vermont state route shields with part of a Vermont tourism logo rather than the state name written out.

Further down the road on VT 73 in Brandon, I also found a really old VT 73 shield that isn't long for this world. On VT 3 in Proctor, I saw an old cast iron sign highlighting distance to nearby Pittsford and Rutland. 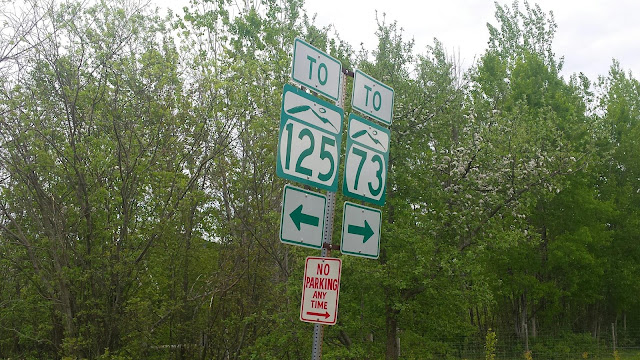 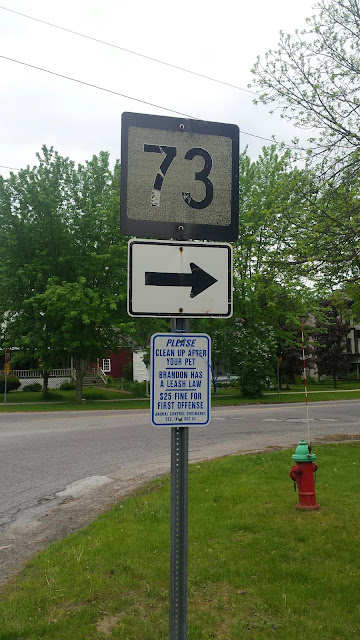 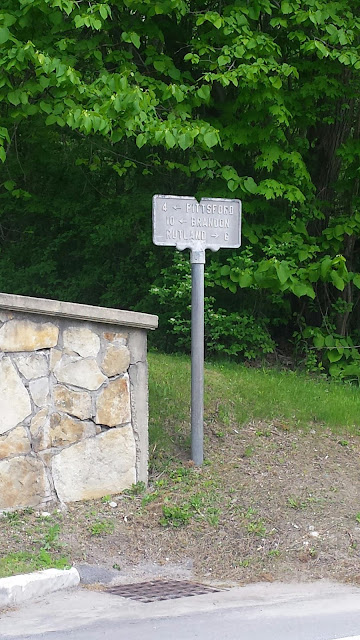