By Adam April 28, 2008
This past weekend I went down to Charlotte to visit with friends. It was a good trip with a number of photos.

The full set of trip photos on flickr is here.

On the way down Saturday, I followed this route: 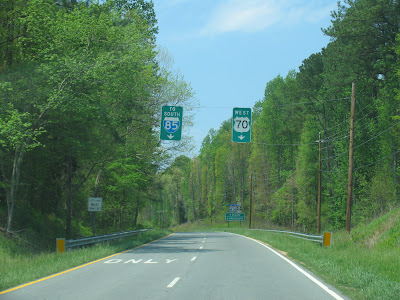 This is US 70 West between Hillsborough and Efland. Over 50 years ago, US 70 West would follow the connector road to a two lane super two freeway. This would eventually become a four lane I-85, followed by I-40 tagging along, and then widened to the nearly 35 mile eight lane I-40/85 freeway we drive on today. A rather humble start don't ya think.

The next picture is on US 70 West in Burlington. It needs no further description. (Yes, we can be sophomoric.) 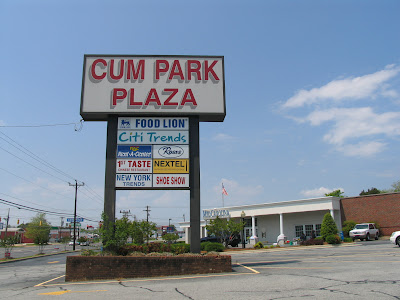 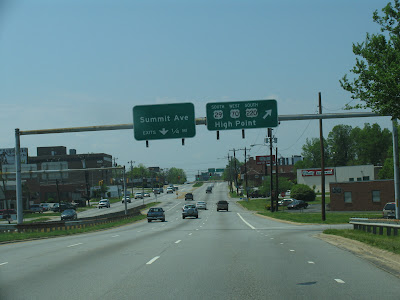 The design is similar but the old lighting is also gone.

If you ever want to get an idea of what 1950s era freeways and express highways in North Carolina were like or how they were built, take a drive on Business I-85 from Lexington to Greensboro. This route contains one of the earliest freeway bypasses (US 29/70 of Lexington) ever built in the state, and was signed as Temporary I-85 for over two decades. Over the years, some improvements to antiquated grade separated interchanges have been made, but you can still find a few goodies. A great example is the cloverleaf that uses surface streets as ramps for US 311 near High Point.

So has Future I-485 in Western Mecklenburg County graduated to a regular full-fledged Interstate? 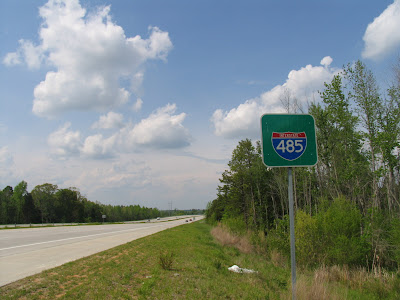 If you click to blow the image up. You'll see that the word 'FUTURE' has been covered up with green tape (or in roadgeeking terms 'greened out') . I was last on this stretch of I-485 in December, and it was still 'Future'. So sometime in the last four months it has changed. Does that mean we'll actually see I-485 opened up to I-77 sometime soon? (Ha ha ha, I made a funny :-p)

On Sunday before heading back to Raleigh. I explored a little bit of Belmont, NC and took a quick dip into SC to gain some more mileage in both states.

Our first stop was the town of Belmont. This former mill town along with Mount Holly to the north is quickly being rejuvenated as a bedroom community to Charlotte. 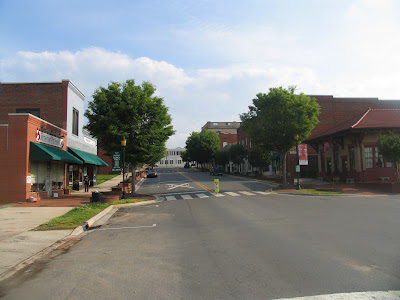 Sadly, the Belmont Drug Company Store...and their great ice cream floats...is no longer with us. 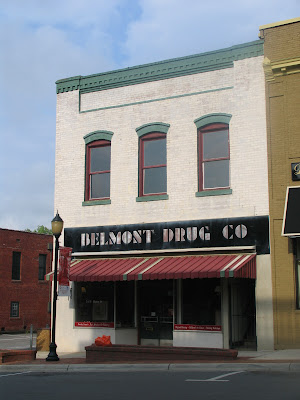 The Belmont General Store has some great Marigolds for sale. 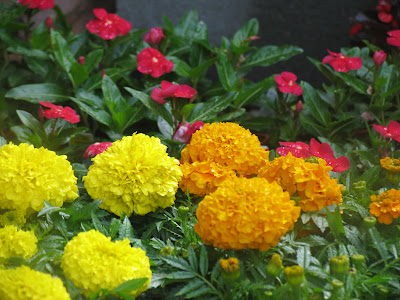 After walking around Belmont for a bit, we headed to South Carolina. And knowing that you may not have had enough of the new SC highway shields. Here's one more from Bethany, SC. 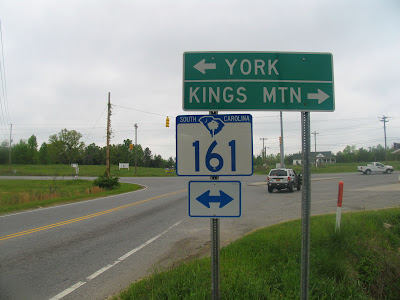 Once back in North Carolina, we stopped at Bridges Barbecue Lodge. Now for some time, Steven has told me that I needed to stop and try their barbecue. So on this trip, we at least stopped to get a few photos of the exterior. 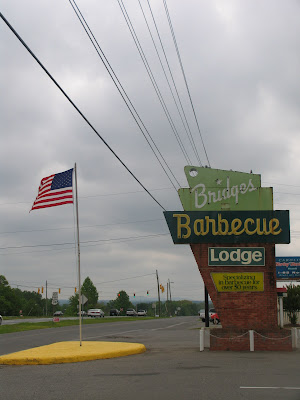 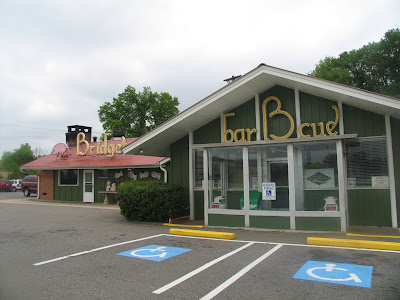 Well the owner came out and kindly said, "When ya'll are done come on in. We don't open for another 15 minutes but come on it and we'll show you around." Can't beat that. We had a brief tour, they slow cook the pork over wood coals for a delicious taste and smell. And their sauce is awesome. (Especially since it is the Western North Carolina sauce...not the Eastern NC vinegar based crap we have here in Raleigh. This is only my personal opinion the rest of the bloggers here may and most likely do think other wise.) 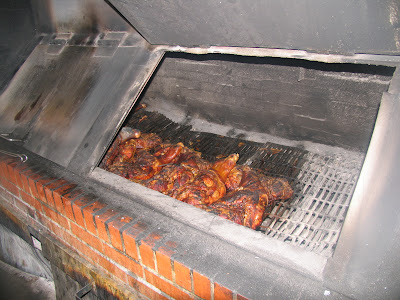 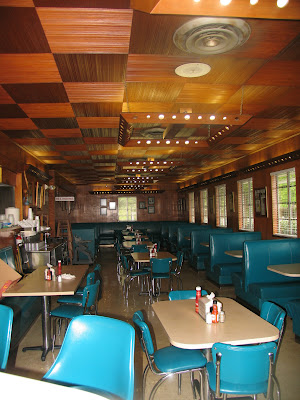 After that we headed back to Gastonia, where I headed back to Raleigh via Burlington and Graham. Picked up new mileage on NC 61 and clinched NC 100 while I was at it.

Downtown Graham is a splendid downtown square. Kristy and I caught some old advertisement signs in town on our way to the mountains the weekend prior. This trip, I walked around town and took a good number of photos. 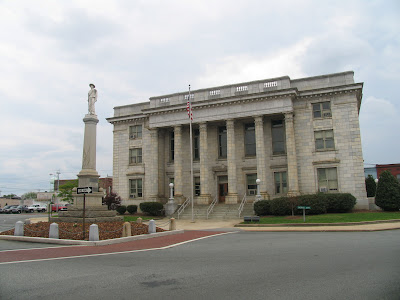 Here are a handful of other shots from Downtown Graham. 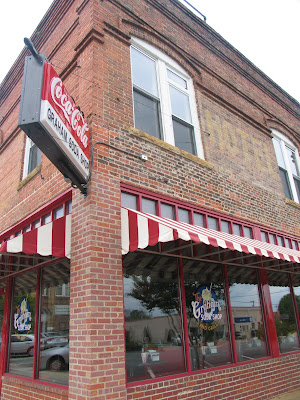 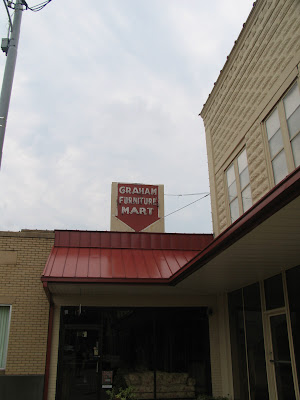 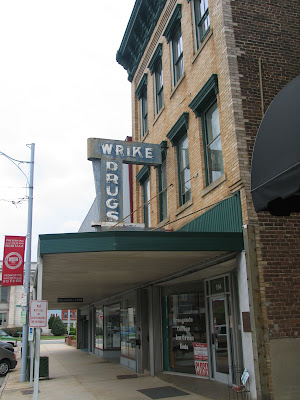 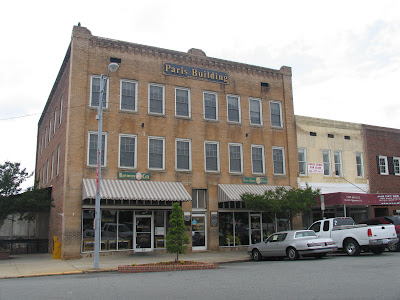 Anonymous said…
yes, eastern north carolina sauce is vastly superior to western NC sauce. Vinegar is a natural tenderizer, whereas the sticky molasses and ketchup based "crap" in the other half of the state just hides the wonderful flavors of hickory and pork.

Ironically, I'm from Charlotte, and I can't stand any BBQ that is to be found west of RDU. Lexington style sucks too.

Sorry. I read your comment and had to put in my two cents.

The Man Responsible For All Of This... said…
Another set of roundabouts for you: off US421 expressway at the Shallowford Road/Concord Church Road interchange (signs at this exit say "Lewisville"). Having driven a fair amount in St. Maarten and Anguilla, BWI, I am a huge fan of the roundabout, since you rarely have to stop moving if you time things right in entrance and exit. Simple beauty and very, very few accidents.
4:04 PM