By Adam March 16, 2017
Typically when you have a feature of a covered bridge, the first photo is of the bridge itself in a rather scenic setting - possibly one Bob Ross would paint. Editors Note: He did.  But for the Eagleville Bridge in Washington County, New York - I've decided to lead with a photo of two kids jumping from the bridge into the Batten Kill below.  For decades, the bridge has been a popular spot in the summer to cool down.  It wasn't until a rehabilitation project of the Eagleville Bridge in 2007 that the door was closed - and the bridge jumping ceased.

The Eagleville Bridge has crossed the Batten Kill River in Washington County since 1858.  The bridge incorporates a town lattice design and has a length of 101 feet.  The bridge is one of four remaining bridges in the county. 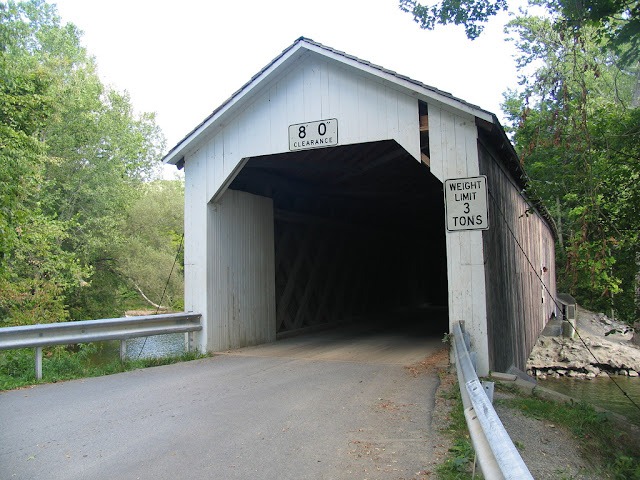 In March of 1977, the bridge was nearly destroyed from flooding along the Batten Kill.  The flood caused the east abutment to collapse causing the bridge to collapse into the river. The structure withstood major damage and was returned to service. The following year the bridge was placed on the National Register of Historic Places.  In 2007, the bridge underwent an expansive renovation that included the removal of the inspection door that allowed numerous kids of all ages to take a plunge into the river for years. (1) 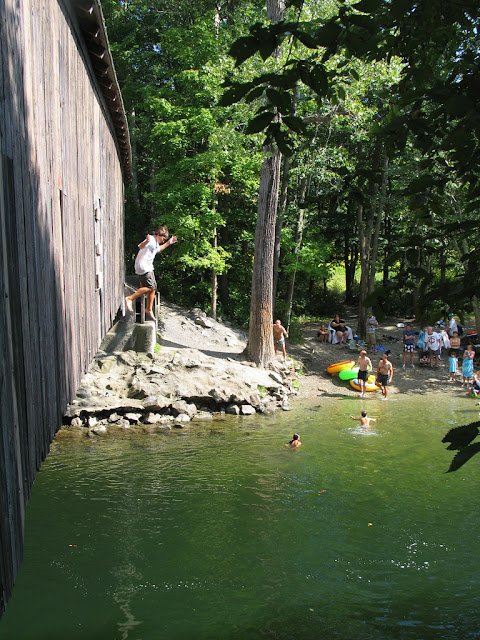