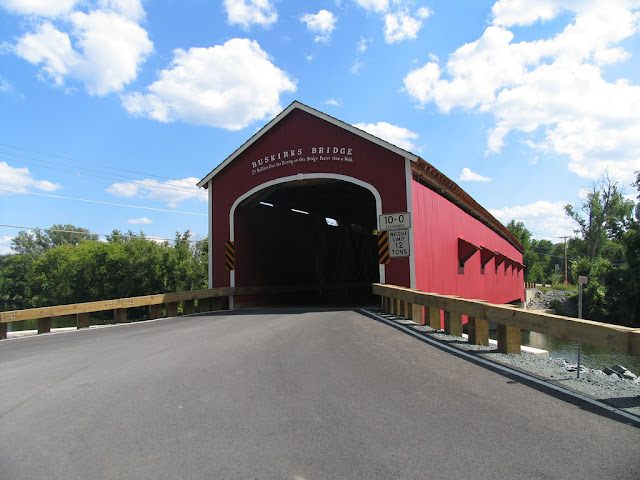 Buskirk Bridge in Upstate New York is the only covered bridge in New York that connects two counties - Washington and Rensselaer.  The bridge which was built in 1857 is a 160 foot Howe Truss design that crosses the Hoosic River.  Buskirk is one of four remaining covered bridges in Washington County. 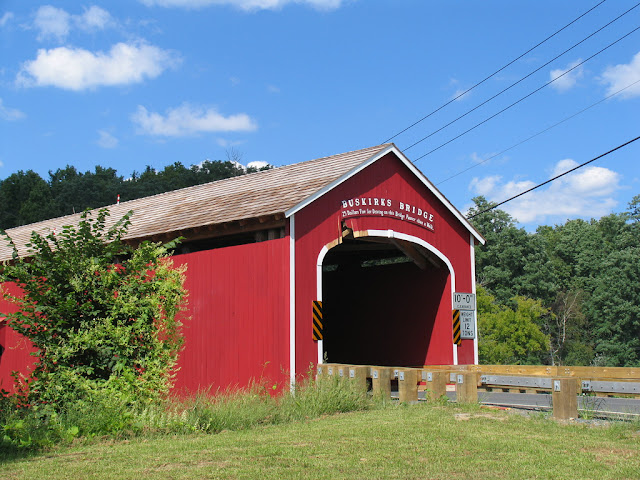 In 2004-05, the bridge was completely rehabilitated re-opening in the Spring of 2005.  Unfortunately, it did not take long for overheight trucks to do damage at the entrances to the bridge. The bridge is one of the more popular covered bridges in both counties as there is ample parking on the Rensselaer side of the bridge.

The bridge is named after the van Buskirk family that lived nearby.  The Buskirk Bridge is the third crossing of the Hoosic River at this site since 1804.  The first bridge lasted all of eight years when it was replaced.  The Buskirk Bridge itself has survived many storms, floods, and ice flows in its over 150 years of existence. (1) 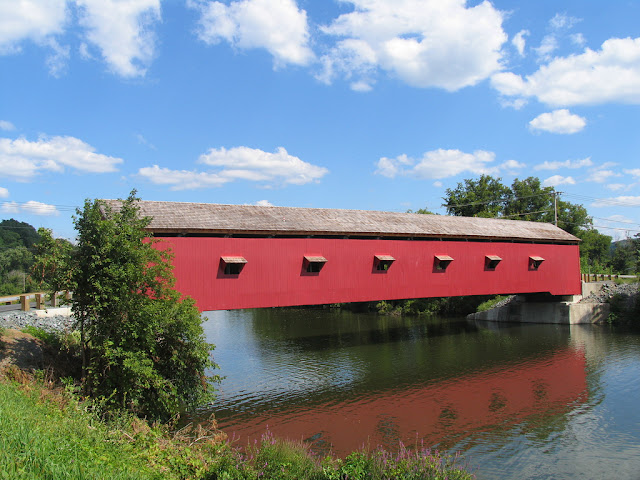 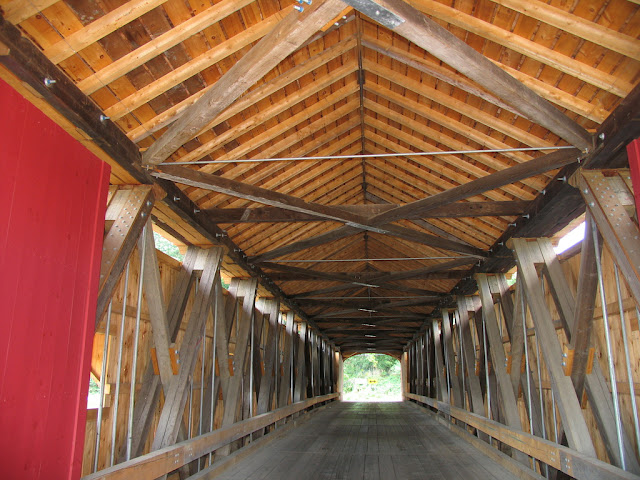 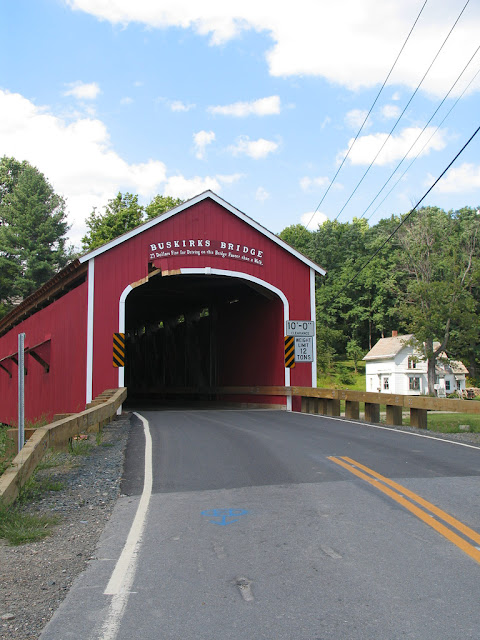