By Doug March 14, 2017
In a quiet neighborhood of Syracuse, New York, Tipperary Hill is home of the famous upside down traffic light. The traffic light is a tribute to the strong Irish heritage in the Syracuse area, but there is a deeper story behind why the green light is on top and the red light is on the bottom of the traffic signal. The first traffic light at the corner of Milton Avenue and Tompkins Street was supposedly put up in 1925 with a green light on top as a salute to the Irish, as requested by a city alderman (1). Eventually, the City of Syracuse decided to put the red light on top of the traffic signal, which gave some locals fits. The local children saw this as a blow to their Irish heritage, as red on top equaled supporting the British in their minds. They took matters into their own hands, throwing stones at the red light whenever the city put up a red light on top. After a while, the city relented and allowed the green light to return to the traffic light.


Even with all the stories of youth throwing stones at the red light, there is no official documents indicating exactly when the light went up. The first mention of the traffic light in was in the 1940s, when a New York City mayor visited Syracuse and greeted two sets of triplets under the upside down traffic light (2). Today, Syracuse celebrates this part of their history, with a small monument at the northeast corner of the intersection dedicated to stone throwers who honored their Irish heritage by resisting a traffic signal with a red light on top.

I've also visited the upside down traffic light at Tipperary Hill a number of times. 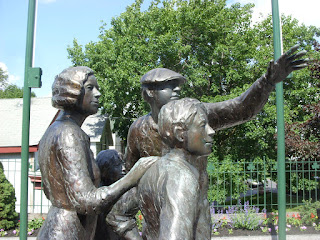 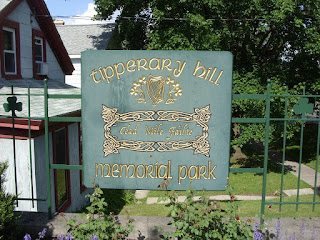 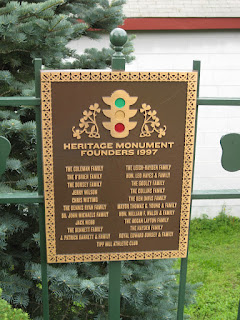 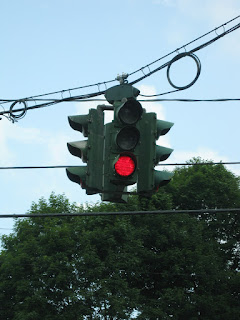 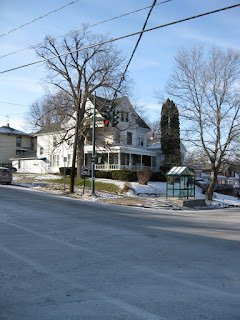 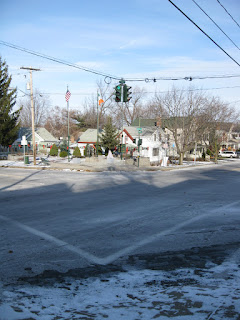