By Doug March 14, 2017
Even older than the Tunkhannock Viaduct is the Starrucca Viaduct, built in 1848. Located in the far northeastern Pennsylvania borough of Lanesboro, this impressive bridge carried the New York and Erie Railroad over a valley as well as the Starrucca Creek and is currently the oldest stone arch railroad in the Commonwealth of Pennsylvania (1). An engineering marvel of its time, and even in today's world, the 1080 foot length, 100 foot height and 25 foot width (2) of the viaduct is simply spectacular. Using local materials such as Pennsylvania bluestone, the Starrucca Viaduct has stood the test of time.With a price estimated at $325,000 in 1848 dollars, the bridge was one of the largest and costliest stone arch railroad bridges built in America at its time (3) . However, the very material that made it expensive to build gave the Starrucca Viaduct much durability compared to other viaducts built in that era.

I've happened to check out the Starrucca Viaduct on a few occasions since 2009 and have found it impressive every time I've visited it. These particular photos were from December 2015. 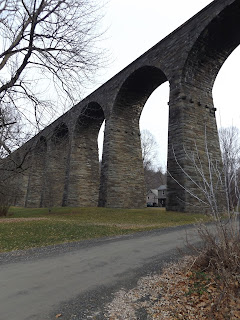 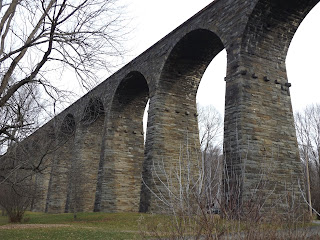 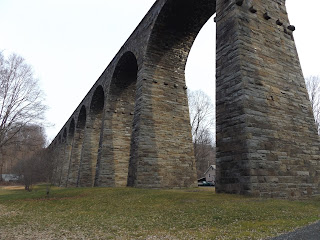 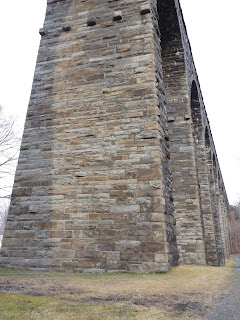 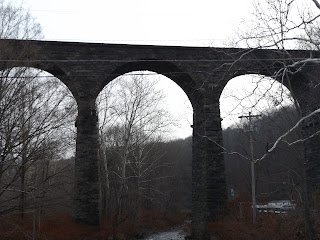 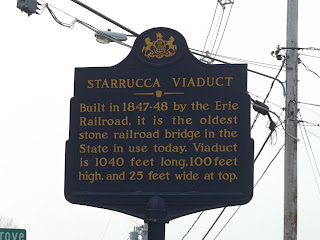