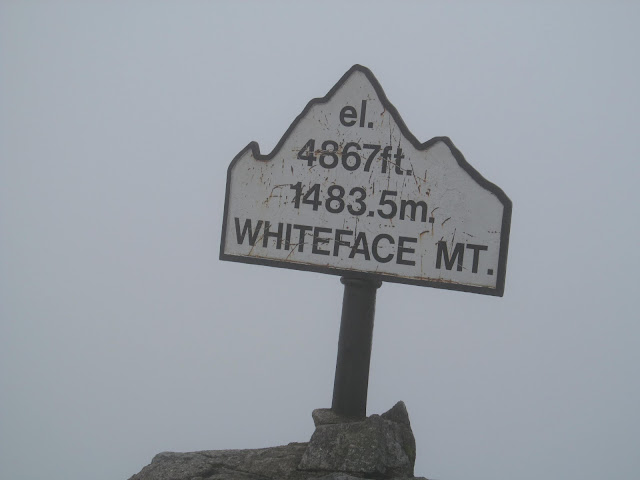 The 4,867 foot high Whiteface Mountain is not the highest mountain in the Adirondacks of New York State (it is the fifth highest in the state), but its summit is the easiest to access in the High Peaks region of the Adirondacks. While many people make effort to climb Whiteface, there is also a highway that runs towards the top of the mountain. The names given to Whiteface Mountain by early Native Americans, as well as the present-day name Whiteface were based on the geological characteristics of the mountain. The Algonquins gave the imposing mountain the name "Wa-ho-par-te-nie," which translated roughly means "it is white". Nomadic Canadian Indians passing through the area to the Lake Champlain Valley called it "Thei-a-no-guen," meaning "white head," and the Mohawks called the mountain "Ou-no-war-lah" or "scalp mountain."
In 1929, Franklin Delano Roosevelt, who was the governor of New York State at the time, commissioned the Whiteface Mountain Veterans Memorial Highway to be built to a point just below the summit to honor the veterans of World War I. The highway provides access to within 300 vertical feet of the summit observatory. The highway begins in the town of Wilmington, New York as NY 431, and runs about 8 miles in length, with the first few miles being free. After approximately five miles and over 2000 feet in elevation gain from the toll building, the highway ends at a two-story castle built with granite excavated from the highway construction. A tunnel to the core of the mountain provides access to an elevator with a direct route to the summit roundhouse for equipment and personnel, along with a way for tourists to get to the summit with relative ease. The construction of a tunnel and elevator was the suggestion of FDR himself, to carry visitors from the parking lot to the summit of Whiteface Mountain.
The idea of creating an automobile road to the top of Whiteface was first documented in an essay written by Russell Carson in 1927 titled "Peaks and People of the Adirondacks", written in 1927. The opinion of Carson was not one where building a road was encouraged. After attending a meeting where the idea was discussed, Carson claimed that if the road were to be created, the summit would be "made filthy by careless picnickers, who, having attained the summit without effort, were unappreciative and indifferent about leaving it in such a condition that others who came after them might enjoy the pleasure that an undefiled mountain top affords". This opinion was not popular, because in November 1927, New York State voters decided to amend the Forever Wild clause within the state's constitution to allow the building of the road.
In a ceremony on September 11, 1929, Franklin D. Roosevelt shoveled a chunk of dirt to symbolize the beginning of construction of the highway, although the actual construction of the Whiteface Mountain Veterans Memorial Highway began on December 25, 1931. While the idea for the road was conceived before 1930, the actual building of the road coincided with the Great Depression. To promote the Adirondack economy and create jobs during the economic downturn, additional projects included the creation of the castle near the parking area, the summit shelter the elevator to the summit and its approach tunnel, and the toll house. These supplemental projects were not completed until a couple of years after the road had opened. At the time of construction, it was considered one of the most ambitious road construction projects of the time, costing roughly $1,250,000. Because the highway was built and completed during the Great Depression, it is often mistaken as a CCC project, but it was funded by New York State.
Opened to traffic in 1935, the naming of the Whiteface Mountain Veterans Memorial Highway after veterans of World War I was the idea of a local resident by the name of Marcellus Leonard. President Franklin Delano Roosevelt formally dedicated the highway on September 14, 1935, after over three years of work to complete the road. In 1985, New York Governor Mario M. Cuomo rededicated the highway for all veterans.
Today, the highway is open from the middle of May to the middle of October each year. Along the way, there are nine scenic lookout points and picnic areas where one can stop and enjoy views of the Adirondack region. Once at the top of Whiteface Mountain, you can enjoy a 360-degree, panoramic view of the region, spanning hundreds of square miles of wild land reaching out around the Adirondacks as well as into Vermont and Canada on a clear day, or on a not-so-clear day, plenty of clouds. Guests can also visit the castle, built from native stone, where they will find a gift shop and restaurant. For those who are unable to reach the summit on foot by way of a 0.2-mile hiking trail or want a relaxing way to the top, an elevator is available that will take guests the final 26 stories to the observation deck.
In all, a trip up the Whiteface Mountain Veterans Memorial Highway is a fun experience in any condition. My trip was socked in by clouds at the summit of Whiteface, but I was able to catch some scenic views from some lower elevations. The drive up is not cheap, I believe it is $20 in 2022, but it is worth the trip up the mountain. 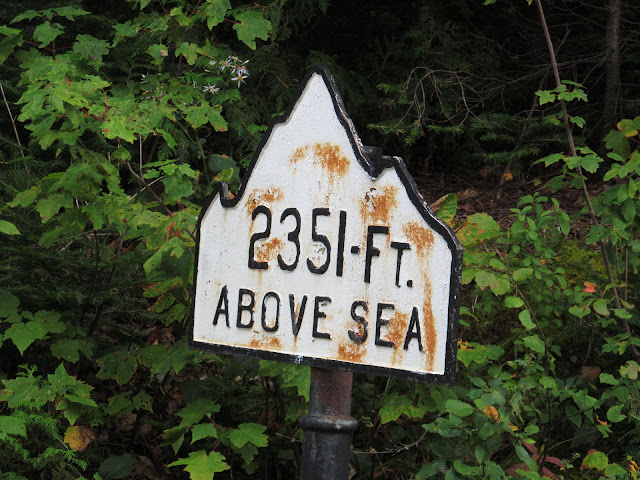 Here is a virtual drive of the Whiteface Mountain Veterans Memorial Highway (in two parts), courtesy of the Roadwaywiz family of YouTube channels.