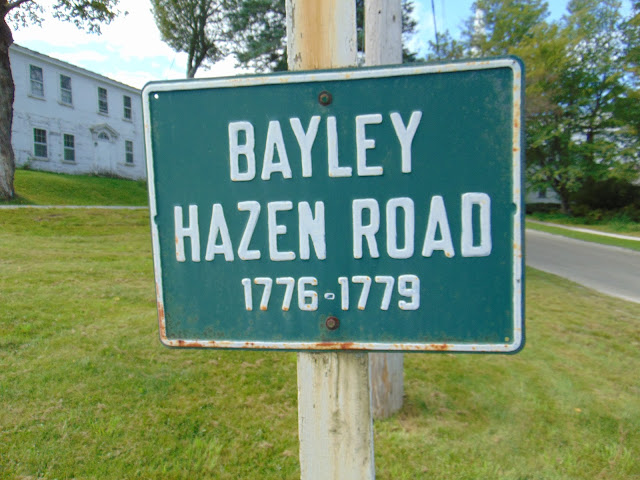 Within the Northeast Kingdom of Vermont are remnants of a Revolutionary War era military road which later served as a road that brought settlers into northern Vermont. This road is the Bayley-Hazen Military Road, one the oldest thoroughfares in the Northeast Kingdom, and traces of the road can be explored today. The trip travels diagonally towards the northwest and is about 48 miles long, depending on which route you take, and takes you through quiet and scenic parts of the Northeast Kingdom. The road, which became known as the Bayley-Hazen Road, was first proposed in 1776 by Colonel Jacob Bayley and construction began the same year. Road construction had later been halted as the military need became unwarranted, but later continued in 1779 and was later abandoned by General Moses Hazen. The old military road and what remains of it, extends from Wells River in a northwesterly direction through towns such as Peacham and Craftsbury, ending in Westfield at a location that is now known as Hazen’s Notch.
The history of the Bayley-Hazen Military Road begins with the military campaign of 1775 and 1776 during which Benedict Arnold and Richard Montgomery attempted to capture Canada. The Continental Army urgently needed reinforcements and supplies to continue the siege of Quebec. Colonel Jacob Bayley, head of the frontier militia and a resident of Newbury, Vermont, repeatedly wrote to General George Washington, urging upon him the importance of constructing a new road that would shorten existing supply routes. Washington, determined to act without the approval of Congress, approved construction of the road on April 29, 1776, aware of the critical situation at Quebec, while also being aware that a road to Canada could just as easily facilitate an attack by British troops from the north.

In the middle of 1776, the campaign in Canada foundered and Washington instructed Bayley to abandon the work on the road after 26 miles of construction, when it had reached a point about six miles north of Elkins Place in Peacham. Then, construction had laid dormant until April 1779, when General Moses Hazen of Haverhill, Massachusetts had received orders to complete the road in anticipation of another Canadian campaign. Hazen's men built a blockhouse on Cabot Plains and as the road progressed, they built another blockhouse six miles farther north to Walden. As the work party reached Caspian Lake in Greensboro, they built another blockhouse, providing a network of security as part of the military project. By late summer of 1779, Hazen had reached the notch that now bears his name in the Green Mountains near Westfield, Vermont. At that point, work was halted still some forty miles short of the road's intended destination of St. John's, Canada (now Saint-Jean-sur-Richelieu, Quebec), where it is said that Moses Hazen owned some land.

As a military achievement, the Bayley-Hazen Military Road was not very successful. Instead, it was seen to become more of an irritation to the early settlers in Peacham, Ryegate and Newbury. This was because the road could be traveled both directions as anticipated by George Washington, and as suspected, the British conducted raids down the road from time to time. In September 1781, two members by the names of Constant Bliss and Moses Sleeper of an American scouting party were killed near the blockhouse along Caspian Lake. A memorial monument of this tragic event was placed and it can be seen today as you traverse the Bayley-Hazen Road. 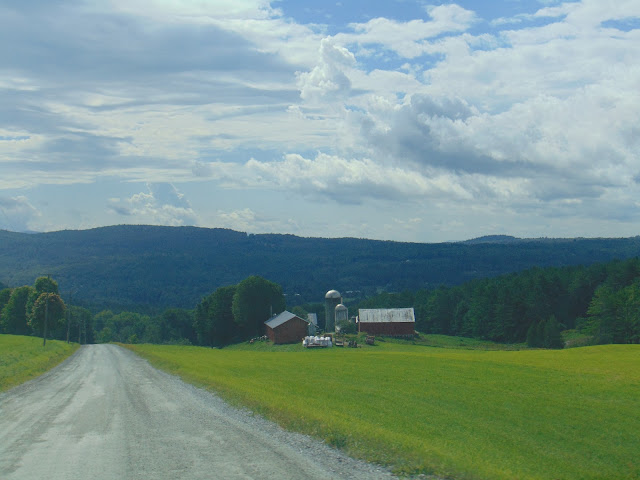