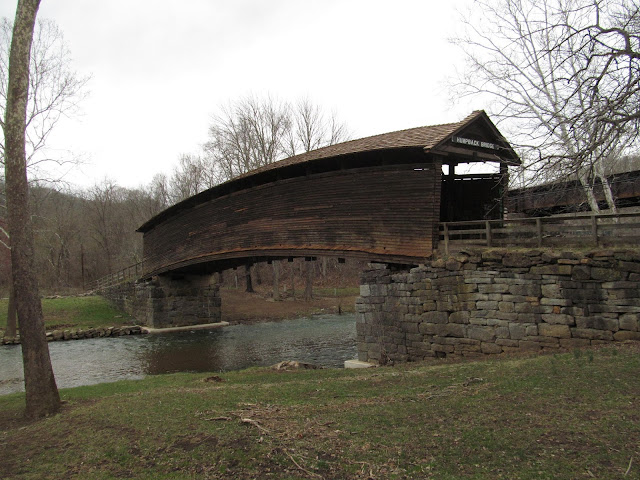 The 106 foot long Humpback Covered Bridge is the only surviving curved span covered bridge in the United States and is the oldest covered bridge in Commonwealth of Virginia. The Humpback Bridge was built in 1857 over Dunlap Creek, just west of Covington, Virginia. Replacing several bridges that were built and later destroyed by floods in the years 1837, 1842 and 1856, the Humpback Bridge was built using a broad axe and put together with hand hewed locust pins. The bridge construction included an arch span which rose about four feet higher in the center from each end in order to prevent the bridge from being destroyed by floods. In fact, the design of the bridge was covered and arched precisely to increase its longevity and keep the midpoint above flood waters. Later flooding along Dunlap Creek saw that the abutments received flooding, but the arch stayed above the water, so I would say that the bridge builders made the right call in 1857. The bridge was part of the James River and Kanawha Turnpike, which was important to keep above the waters as it was the principal highway of western Virginia at the time of construction.

The Humpback Bridge saw traffic until 1929, first with the carts and wagons used to move goods, animals and people from Point A to Point B. After the advent of the automobile, the bridge was used for vehicular traffic on US Route 60 (also known as the Midland Trail). In 1929, a modern steel truss was built nearby so US 60 could be routed on that bridge. At that time, the bridge was closed to traffic and was used primarily by local farmers who stored hay inside the covered bridge. In 1953, the Covington Business and Professional Women’s Club, the Virginia Department of Transportation, and area residents rallied together to restore the bridge, with Virginia DOT matching $5,000 in locally raised funds to help pay for the restoration. As a result, a park and wayside rest area off of US 60 was built and the bridge was reopened for passive recreation for the public. The bridge was added to the National Register of Historic Places and designated a Virginia Historic Landmark in 1969.

Today you can enjoy checking out the Humpback Covered Bridge by taking a quick walk around the park that surrounds the covered bridge. There is even a LOVEwork art installation at the bridge, representing the industrial heritage and natural beauty of the Covington, Virginia area. The "L" was created with historic bricks from the Covington area. The "O" is a gear that was from one of the old paper machines at a local MeadWestvaco, representing the history of manufacturing in the area. The "V" is a natural feature created by a tree in the bank along Dunlap Creek. The "E" was created with railroad ties that represent the history of the railroad in Covington, Virginia. 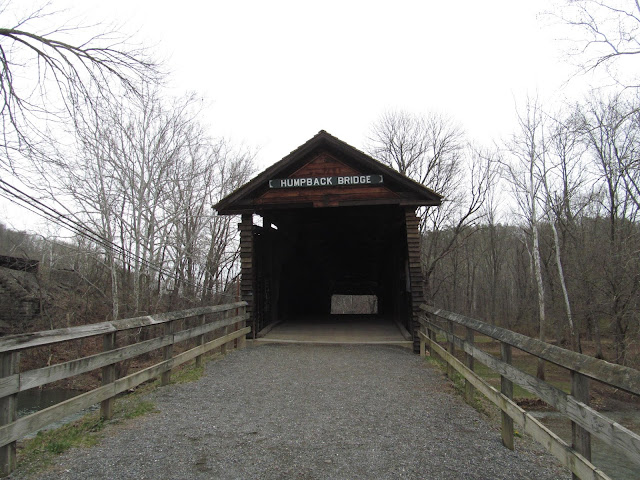 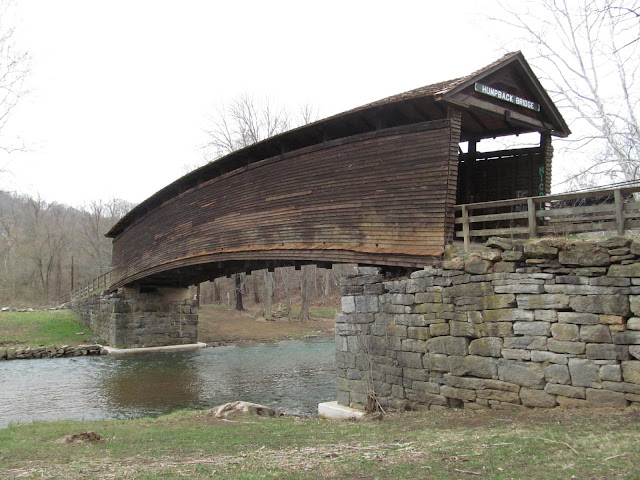 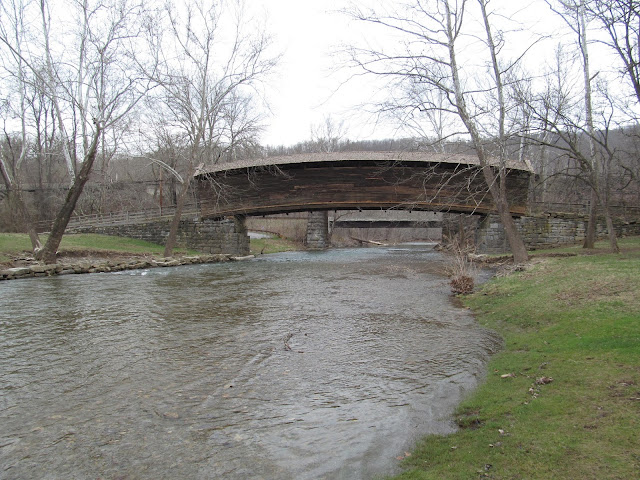 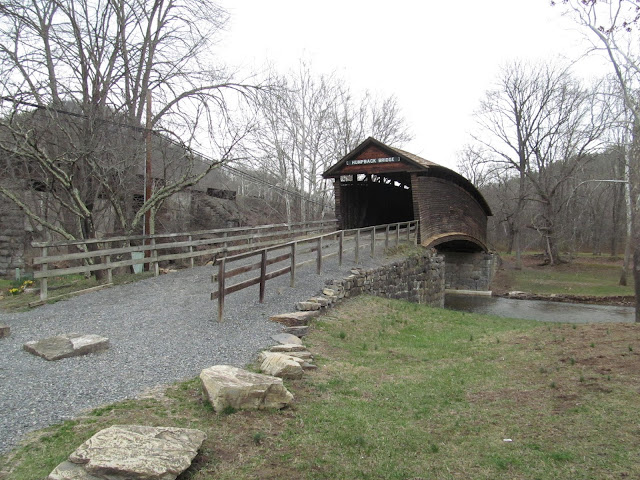 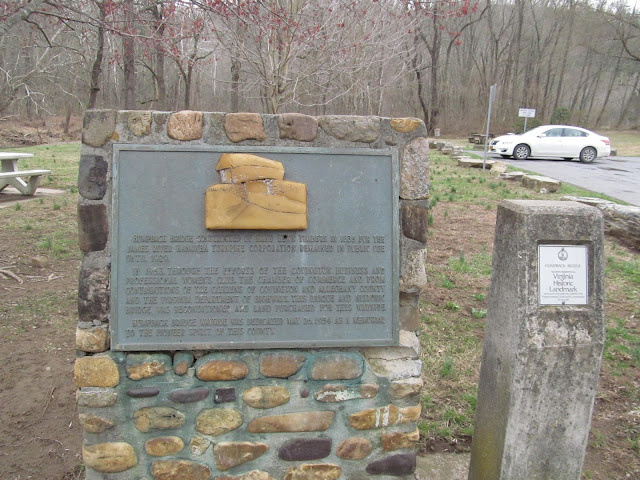 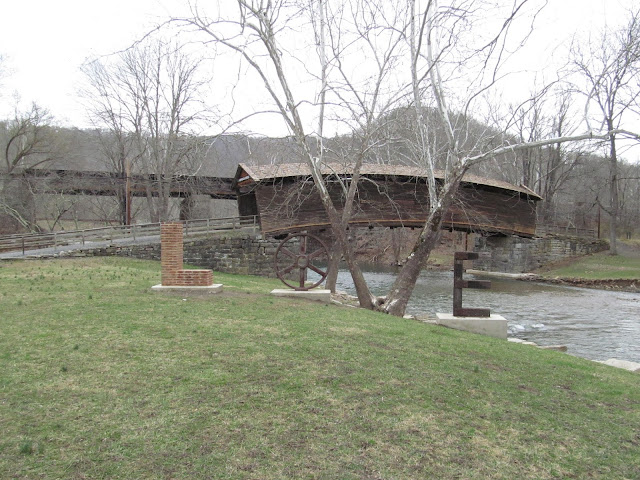