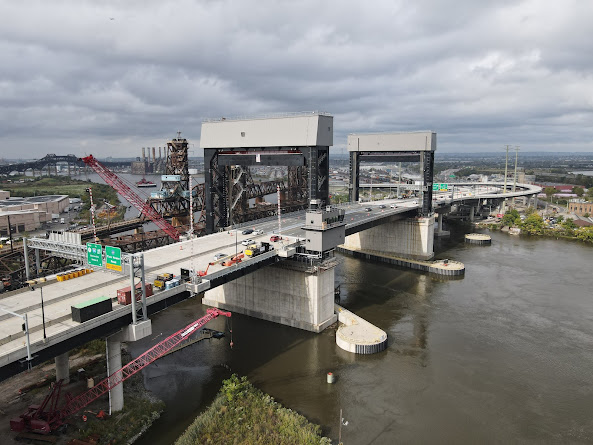 It’s taken about 10 years to reach this point, but the latest significant milestone in the replacement of the Wittpenn Bridge in northern New Jersey was announced recently as the new Wittpenn Bridge is now open to traffic. 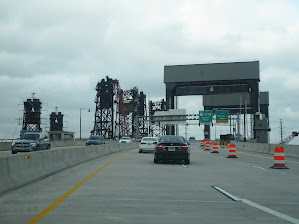 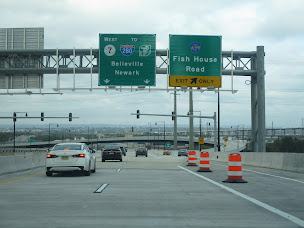 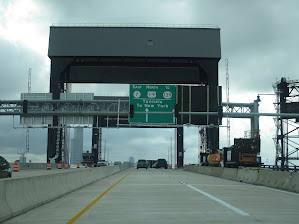 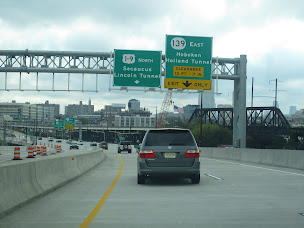 Both the old and new bridges span the Hackensack River near Jersey City, NJ in a heavily industrialized and heavily trafficked area in the New York metropolitan area. The bridges are located about three miles west of the Hoboken portal of the Holland Tunnel and this area has long been seen as an important crossroads point for both road & rail traffic in and around the region. The original highway bridge at this site was built in 1930 and featured a central vertical lift span along with a narrow four-lane roadway that may have been considered “modern” by Great Depression-era standards, but was vastly inadequate by the standards of today. The general substandard nature of the old bridge, plus the operational challenges of having to raise the bridge upwards of 80 times a year to accommodate marine traffic on the Hackensack (and the monumental traffic delays that would often be a result) forced New Jersey officials to consider replacing the bridge with a new span capable of better meeting the demands of both road & river traffic while providing more convenient connections on both approaches to other major highway links in the area. In fact, discussions on this subject had taken place as far back as the 1970s; repair/rehab contracts issued/executed in the early 1990s were originally meant to serve as a temporary solution until the bridge could be replaced entirely. 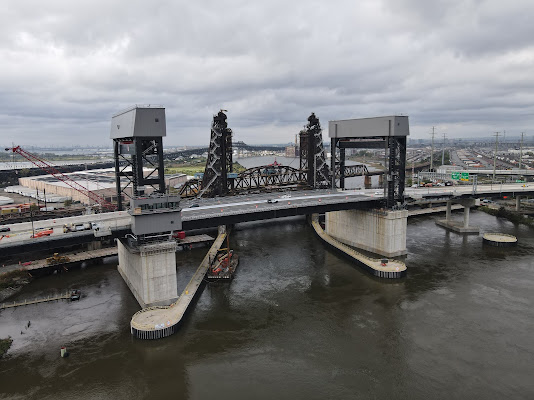 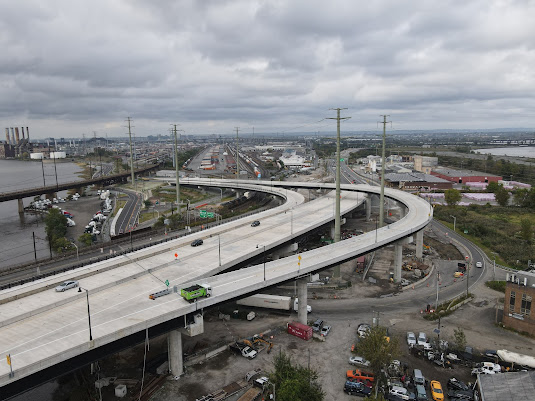 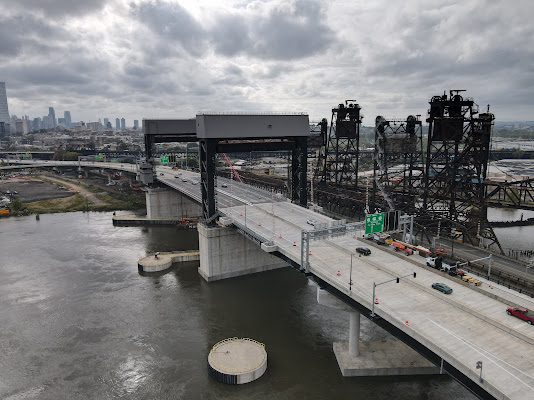 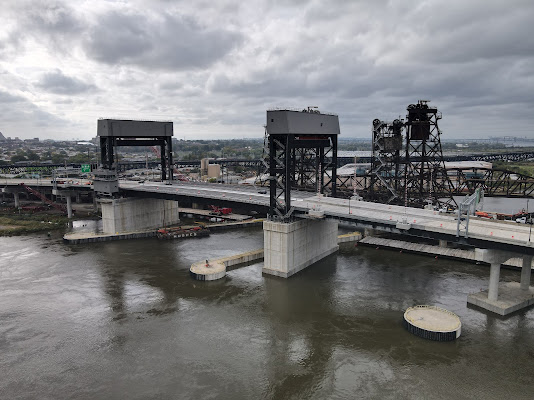 The new Wittpenn Bridge takes its place in the industrial setting of northern New Jersey alongside its predecessor and its neighboring railroad bridges. The second photo in this cluster shows the new flyover ramps connecting the western approach to Fish House Road in Kearny.

Ground was finally broken on the replacement bridge project in 2011 and has generally progressed at a snail’s pace for most of its life, due in large part to challenges related to the project’s location and funding. (The total price tag for the project is expected to come in at over $500 million.) The new bridge stands 70 ft above river level in the closed position, as opposed to the 35 ft above river level of its predecessor; this means that the new bridge will not have to be raised nearly as many times per year, which will generally improve the flow of traffic in the area. Its deck is also far wider than its predecessor and is wide enough to carry six travel lanes, plus full-width shoulders and dedicated pedestrian/cyclist space as part of the East Coast Greenway trail. While appearing to be very ordinary from a distance, this new bridge’s increased operational capacity and improved safety features represent a giant step in the right direction over what was in place previously.

The new bridge began carrying traffic on October 1, 2021 after nearly a decade of construction; work will continue on site for the next two years in the form of demolishing the old bridge and completing additional ramp connections on both approaches. It’s a project that has been talked about and built slowly over the last few decades, but this milestone of transferring traffic along Route 7 to a modern structure has been reached at last. 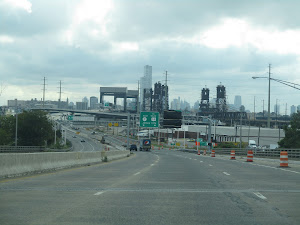 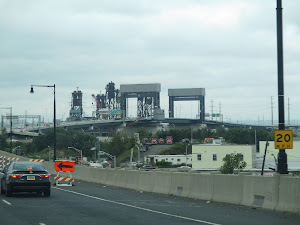 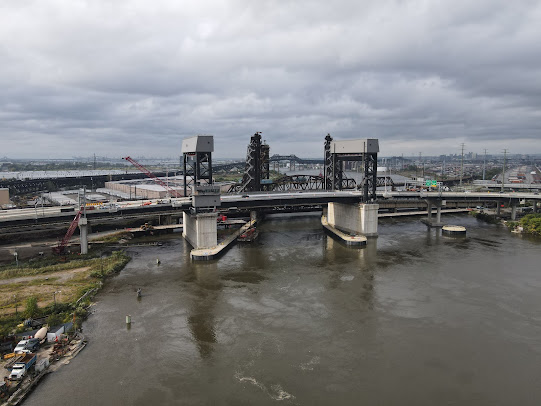 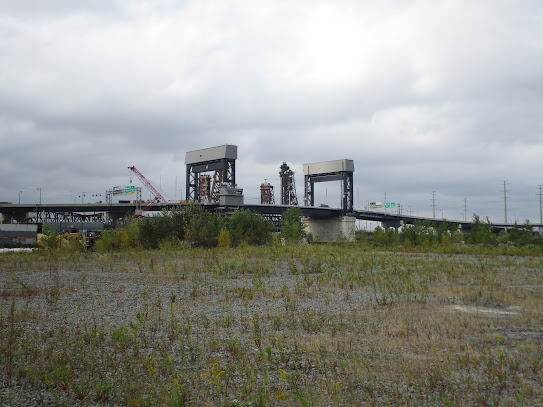 This bridge and its predecessor are named for Henry Otto Wittpenn, a former mayor of Jersey City, NJ (1908-1913), who also served as a State Highway Commissioner and member of the New Jersey State Highway Commission (a precursor of today’s New Jersey Department of Transportation – NJDOT). Wittpenn also ran unsuccessfully for Governor of New Jersey in 1916 while serving simultaneously as a Civilian Overseer of the Port of New York, a position he was appointed to by President Woodrow Wilson. Wittpenn’s name has been attached to the highway bridge(s) at this location ever since his death in 1931. 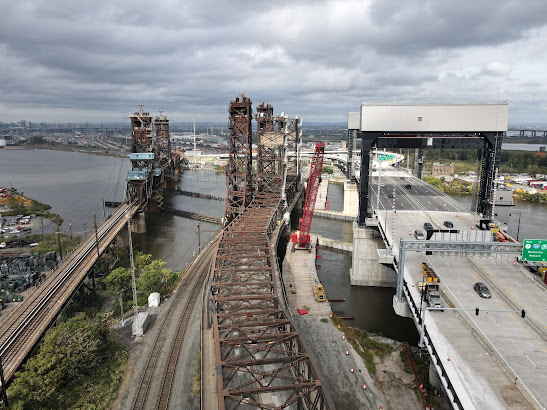 As the new Wittpenn Bridge (far right) begins to carry traffic, the old bridge (center) has been retired and demolition work has commenced. Immediately south of the old bridge are two railroad bridges built at approximately the same time - the Harsimus Branch Bridge and the PATH Bridge.
How to Get There:

Unknown said…
You got yo say it God Bless them Iron Workers They did a great job even if it took a long time I'm sure it wasn't their fault GOOD JOB ! Eddie Gambino