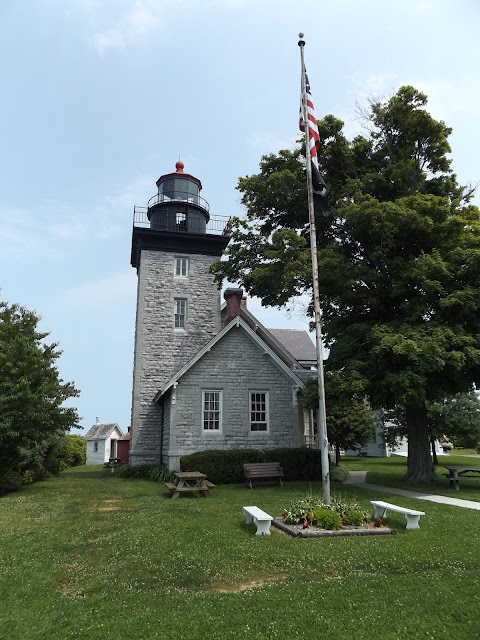 Built as a lighthouse to guide mariners around shoals on Lake Ontario, the Thirty Mile Point Lighthouse is located at Golden Hill State Park, just at the northeastern corner of Niagara County in the Town of Barker. Taking its name from being 30 miles east of the mouth of the Niagara River, the Thirthy Mile Point Lighthouse was commissioned in 1873 and constructed in 1875 and 1876. At the time when the lighthouse was built, the closest lighthouse east of the Niagara River was the Oak Orchard Lighthouse, but it was not much use as a means to assist in getting ships to the Welland Canal. Before the lighthouse was built, there were a number of shipwrecks that had sunk near Thirty Mile Point, most notably a shipwreck in 1678 for a ship belonging to the French explorer La Salle, and the HMS Ontario, a British schooner which lost all of its passengers when it sunk during a Halloween storm in 1780. Certainly the construction of the lighthouse was beneficial to shipping interests in the area.