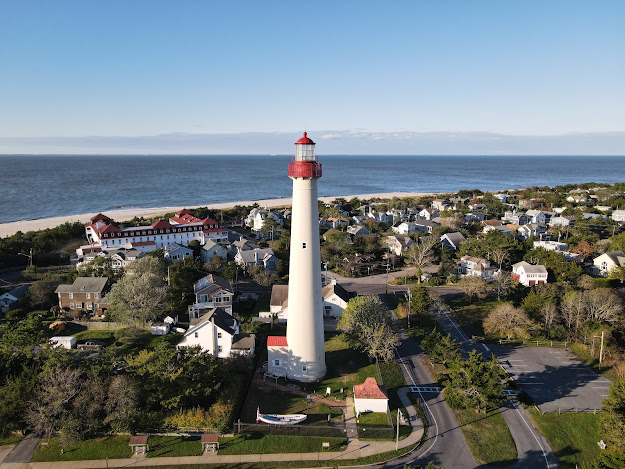 The Cape May Lighthouse stands at the southern tip of New Jersey in the village of Cape May Point, overlooking both the Atlantic Ocean and the mouth of Delaware Bay. This historic structure has been in place since 1859 and is the 3rd permanent lighthouse structure to stand in the area since 1823. This lighthouse stands 157 ft tall on the grounds of Cape May Point State Park, which is also home to various outdoor recreational facilities set against the dramatic backdrop of an Atlantic Ocean beachfront.

Still in active navigational use today, the lighthouse’s operations have been automated since 1946. It has been listed on the U.S. National Register of Historic Places since 1973. Its interior structural design enables it to withstand wind forces well in excess of the strongest hurricanes to ever threaten the Jersey Shore. The lighthouse is located near the south end of the scenic Ocean Drive highway, a coastal route built to connect the barrier island communities of Cape May and Atlantic Counties between Cape May Point and Atlantic City.

The  following images are a mix taken from both ground level and from the air on the grounds of Cape May Point State Park, the latter group coming courtesy of a DJI quadcopter drone. 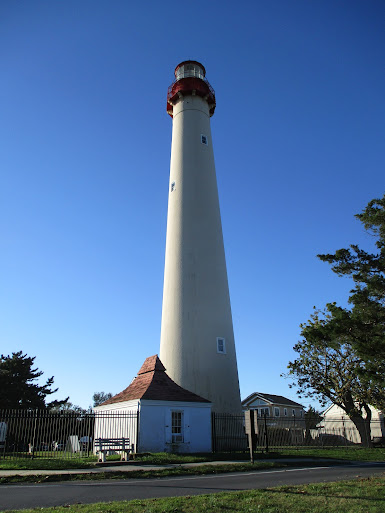 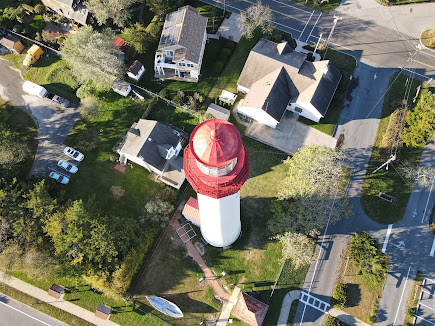 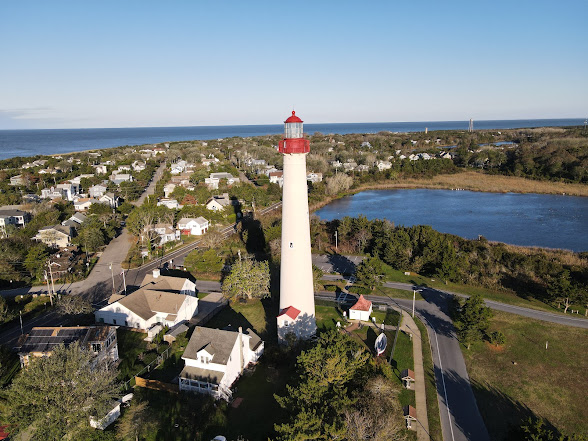 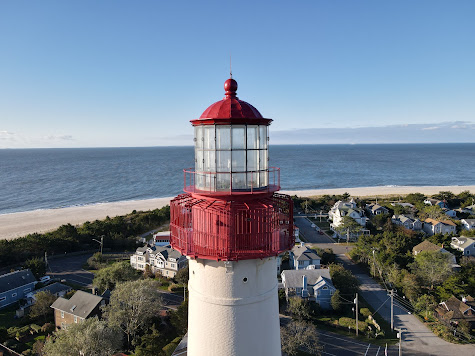 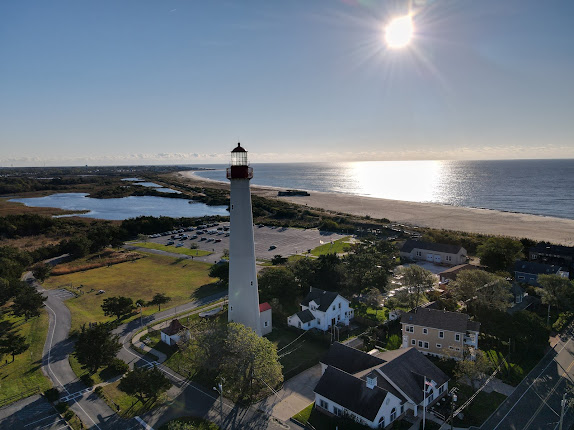 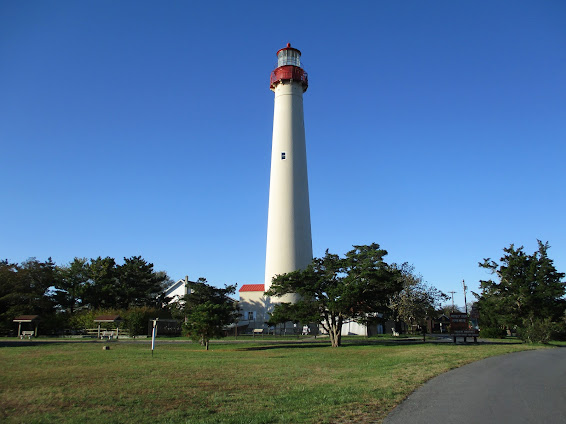