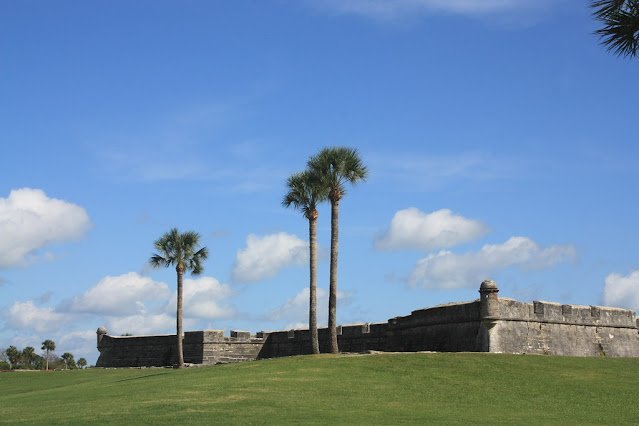 The Castillo de San Marcos has guarded St. Augustine for over 325 years.  The coquina stone structure took 23 years to build (1672-1695) and would see service until the turn of the 20th Century.  The fort would be under the command of four different countries, but it was never taken by military force. 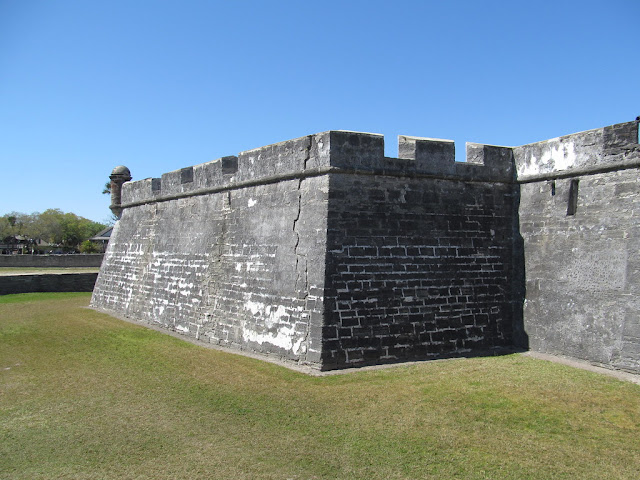 The castillo would serve as the ultimate permanent replacement of nine prior wooden forts that existed in St. Augustine the century prior to the start of San Marcos' construction.  The fort was attacked twice by the British in the early 18th century, 1702 and 1739, yet the fort and the city would not be captured.  The fort would finally fall into British hands - and renamed Fort St. Mark - not by force, but by treaty in 1763.  In the Paris Treaty signed to end the Seven Years War, Britain gained Florida from the Spanish in return for Cuba and the Philippines.  A second Treaty of Paris would return Florida and the fort to the Spanish in 1784.

Spain would return the fort's name to Castillo de San Marcos and would hold the fort and Florida until 1821.  On July 20 of that year, the Spanish government would cede all of Florida to the United States.  The Americans would rename the base Fort Marion in honor of Revolutionary War General Francis Marion.   In December 1860 when Florida seceded from the Union and joined the Confederacy, Fort Marion was given to the Confederates in return for a receipt for the fort and all the contents inside.  The Union would regain the fort on March 11, 1862 after Confederate forces abandoned the fort and the citizens of St. Augustine surrendered to preserve their city. 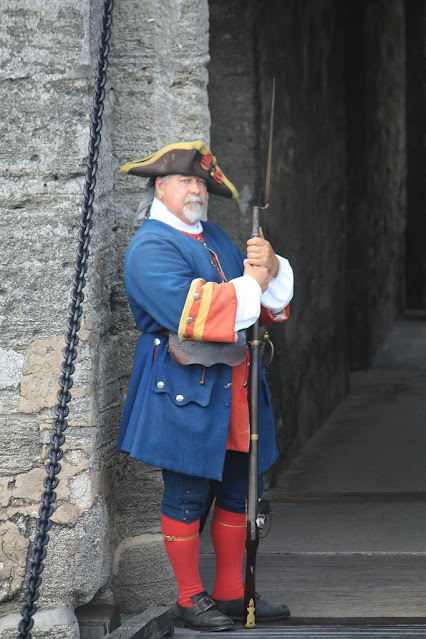 For the remainder of the fort's operation , it served predominantly as a military prison.  Native Americans and deserters during the Spanish-American War would be imprisoned here.  In 1924, the fort was declared a National Monument, and nine years later it would be transferred to the National Park Service.  In 1942, Fort Marion was renamed Castillo de San Marcos in honor of its and the state's Spanish heritage. Today, the fort is one of the major tourist attractions in St. Augustine.
All photos taken by post author - October 2011 - unless otherwise noted.
Sources & Links:
How To Get There: