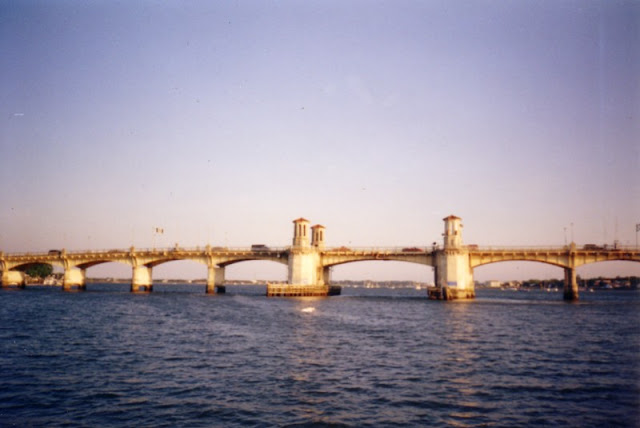 Within a city over 450 years old, there are numerous structures that are treasures of historical significance and civic pride. The nearly three centuries old Castillo de San Marcos or Mediterranean styled architecture attract tourists year round. However, a comparatively young 90 year old bridge linking St. Augustine over the Matanzas Bay to Anastasia Island has become the symbol and gateway to the city.  The Bridge of Lions, a double-leaf bascule drawbridge named after the pair of marble lions that guard its western bank, has been a glorious symbol of the city since its opening in 1927.


Construction of the Bridge of Lions began in 1925 to replace a wooden structure that was built in 1895.  Considered by locals as an 'eyesore', the wooden toll bridge had become overburden by the new automobile era.  In 1924, Dr. Andrew Anderson, a close friend of Henry Flagler, donated to the city two Carrera marble lions for the new bridge.  The two lions, which watch over the St. Augustine approach to the bridge, became the symbol of the bridge, hence its name, "The Bridge of Lions." Dr. Anderson died shortly after his gift to the city. 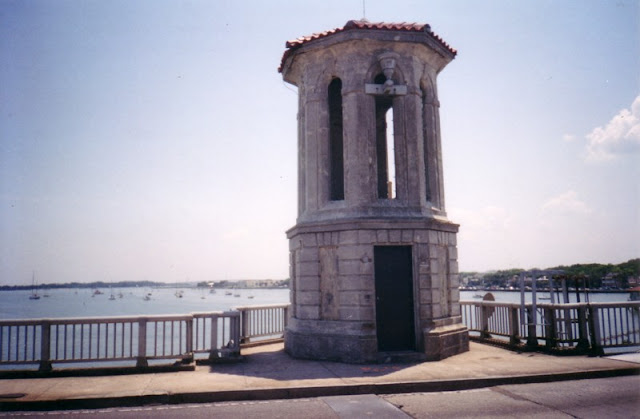 A half century later, the bridge would begin to show its age and the effects of heavier traffic and erosive salt water.  During the 1970s, the bridge received over $2.2 million in structural repairs, and the Florida Department of Transportation began studies on replacing the bridge. In the early 1980's, FDOT proposed a four-lane replacement span.  This plan would see heavy opposition from local residents who saw the bridge as one of the city's most significant structures.  Two groups, The Friends of St. Augustine Architecture and Save Our Bridge, Inc., would form and work together to fight the replacement of the bridge and push for a rehabilitation. 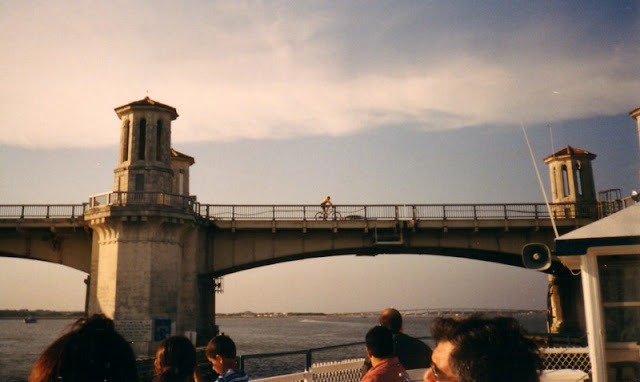 The Battle over The Bridge of Lions would last over two decades.  During that span, the bridge was placed on the National Register of Historic Places in 1982 and named as one of the "11 Most Endangered Historic Sites" by the National Trust for Historic Preservation in 1997.  During the 1990s, FDOT leaned more towards the idea of rehabilitating the bridge, and in 1999, the state began studies on a total rehabilitation of the bridge.  Construction began on a temporary drawbridge in February 2005. At the same time, the two marble lions that guarded the bridge were removed.   When the temporary drawbridge was completed, the full rehabilitation of the bridge began.
The full rehabilitation of the Bridge of Lions was completed in March 2010.  One year later, the two lions returned to their posts watching over the bridge.
All photos taken by post author - May 2004 & October 18, 2011.
Sources & Links:
How To Get There: