By Challenger Tom July 04, 2018
This week's feature on US Route 66 is on a city that I didn't think that I had any photos left from; Flagstaff, Arizona. 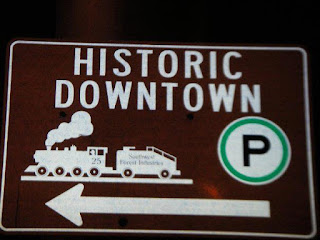 Flagstaff is the County Seat of Coconino County and is by far the largest city that was on US 66 in Arizona with a current approximate population of about 71,000.  Flagstaff lies on the Colorado Plateau at an approximate elevation of 6,900 feet.  The city of Flagstaff is bounded by Ponderosa Pines and the high mountains of the nearby San Francisco Peaks.

Flagstaff has a different origin than most of the Arizonan communities on US 66.  Flagstaff was settled in 1876 near the foot of Mars Hill which is downtown is located today.  Flagstaff was originally settled by prospectors hunting the San Francisco Range for mineral wealth and of course the significant swath of timber.  Supposedly the name "Flagstaff" comes from the prospectors stripping Ponderosas to fly American flags.

Flagstaff would see significant growth when the Atlantic & Pacific Railroad was routed through the community.  Flagstaff can be seen on the 1882 A&P Railroad 1st Operating Division Map.

All the Auto Trails were rendered obsolete by the US Route system.  Flagstaff of course was host to US Route 66 which can be seen on this 1927 Arizona State Highway Map.  US Route 89 also ended in Flagstaff originally but would later be extended to the US/Mexican border in Nogales.

Much of Old US 66 in Flagstaff is still signed as "Route 66" as evidenced by this street blade at Mall Drive. 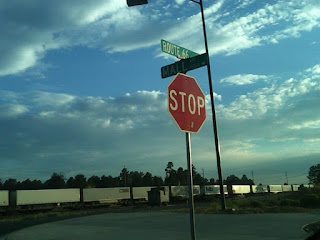 There isn't much variation in Flagstaff in terms of alignments.  The original alignment went to Winona and would have used West Route 66 from I-40 exit 191 and headed eastbound into the city.  South of downtown US 66 took a left turn heading east on Milton Road where it would have crossed the rails onto Historic Route 66 (which I believe was once Santa Fe Avenue).  Originally US 66 would have followed what is now US Route 89 to Townsend-Winona Road, there is a more modern alignment near Country Club Drive which I-40 to Walnut Canyon National Monument.

Flagstaff is still a hub of modern transportation with AZ 89A, US 89, and US 180 all located in the city.  This sign assembly is located at the junction of Historic Route 66 and Country Club Drive.  US 89 north begins on the right whereas US 180, I-40 BL, and Historic US 66 all head west into downtown Flagstaff. 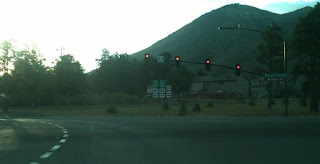 Flagstaff is now served by a junction with I-17 and I-40 which has become a major Interstate junction with growth from Phoenix to the south. 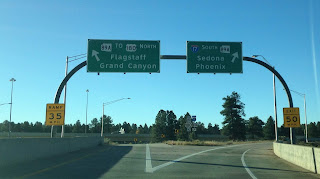