By Challenger Tom July 01, 2018
After reaching California State Route 190 I took it east over Towne Pass to Death Valley National Park.  My end goal was to take Dante's View Road up to the top of the Black Mountains east of Death Valley to Dante's View.

This is Part 4 of the 2016 Fall Mountain Trip Series.  Part 3 on Trona-Wildrose Road and Panamint Valley can be found here:

I mentioned the significance of Towne Pass in Part 3 as it was the route the Death Valley 49ers used to escape into Panamint Valley.  Rather than following modern CA 190 the Death Valley 49ers turned away from Towne Pass on what is now Emigrant Canyon Road.  The drop from the 4,956 foot Towne Pass is massive in both directions, its almost surreal to think that land at -282 feet below sea level is not far away eastward. 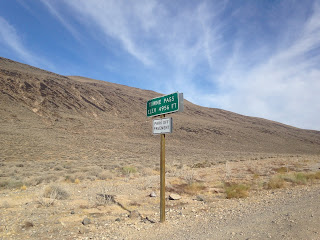 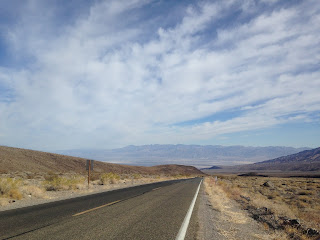 Heading eastward on CA 190 I stopped at Stovepipe Wells to see the site where the Death Valley 49ers burned their wagons. 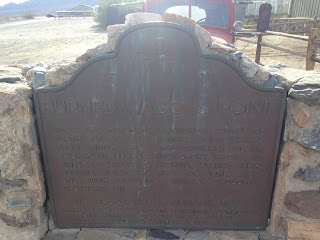 East of Stovepipe Wells I stopped at Mesquite Flat Sand Dunes.  The Mesquite Dunes have used in various Star Wars movies are about 140 feet high in places.  The source of the sand is thought to come from the Cottonwood Mountains which lie to the north. 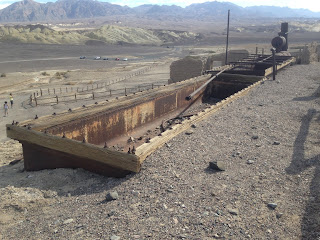 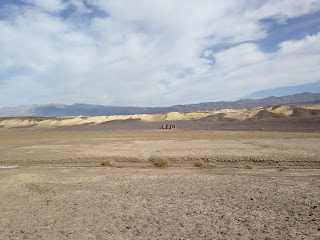 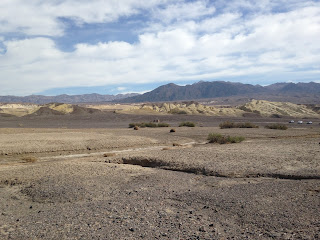 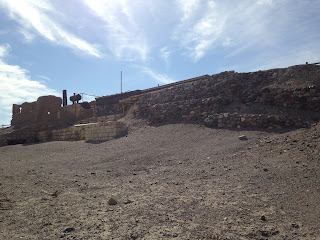 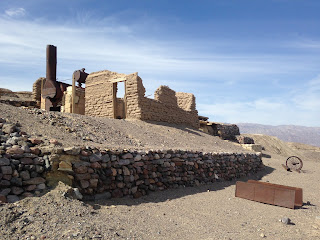 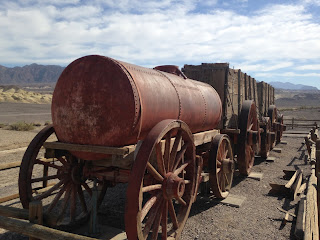 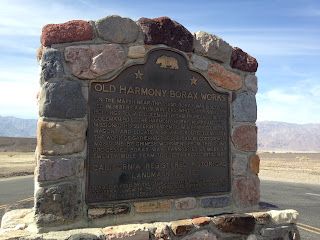 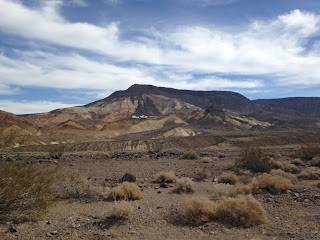 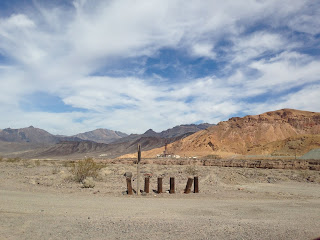 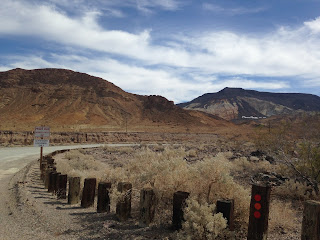 Ryan is located 3,045 feet above sea level in the Amargosa Range.  Ryan originally opened up in 1907 at the Lila C Mine which is southeast of the present location.  By 1914 the current site was opened as "Devar" before being quickly renamed to "Ryan."  The original town site of Ryan today is known as "Old Ryan" and is also a ghost town.  Ryan was the western terminus of the Death Valley Railroad which ran east to Death Valley junction and operated from 1914 to 1931.  The Death Valley Railroad was used to haul borax from Death Valley until 1928 when operations ceased.  The hotel in Ryan was in use as for guest overflow at the Furnace Creek Ranch and Inn until the 1950s.

South of Ryan Furnace Creek Wash Road continues southeast as a dirt road towards CA 178.  Dante's View Road splits away as a paved roadway towards the 5,476 foot Dante's View in the Black Mountains.  Dante's View Road is about 5.5 miles long and has massive uphill grades and switchbacks that definitely would be a challenge in summer months with the heat of the Mojave Desert.

From Dante's View almost the entirety of Death Valley and the eastern face of the Panamint Range can be seen.  There isn't really a trail per se from Dantes View but the ridge southward is flat enough to be easily traversed for a couple miles.  I thought it was gentle enough to actually do a couple miles of trail running before I returned to CA 190 to head towards Nevada.

Badwater Basin in particular is easily observed from Dante's View. 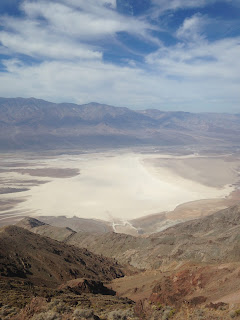 I'm uncertain when Dante's View Road was built but I suspect that the Ryan Mine had something to do with it as it does appear on the 1935 California Division of Highways Map of Inyo County.

Part 5 of this series can be found here: