By Challenger Tom May 30, 2018
A very early US Route 66 in Arizona ran on Townsend-Winona Road between Flagstaff and the community of Winona.   There is an old abandoned truss bridge known as the "Winona Bridge" located just north of Townsend-Winona Road near Copley Road. 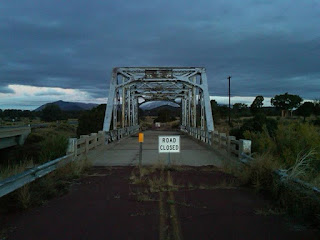 The original alignment of US 66 in Arizona including Townsend-Winona Road can be viewed on this 1927 Highway Map of Arizona.