By Challenger Tom September 24, 2017
Continuing from my previous blog, Sunday was the third National Park visit of the weekend out in Yosemite.  Given Glacier Point is likely to close sometime in the next 45 days I took my passengers up to the overlook early in the morning.  There was actually a fairly decent amount of snow above 7,000 feet which had fallen the week previously.  Crowds were fairly light which is something I suspect was due to the cold temperature and ongoing fires.  Either way, still weird to see Glacier Point Road so free of traffic at 9:30 AM in the morning. 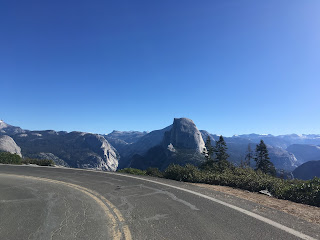 Glacier Point has had ongoing issues with the Empire Fire which has lapped up almost to the observation point and Glacier Point Road.  Glacier Point itself was actually closed for much of August due to ongoing fires.  There was actually three large forest fires between Oakhurst and Yosemite this year, as far as I know none of them caused serious damage. 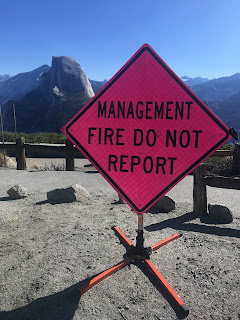 Glacier Point is located at 7,214 feet above sea level and is about 3,200 feet above Yosemite Valley.  Looking at the of Yosemite Valley Panoramic left to right the following can be seen; Lower/Upper Yosemite Falls, the Merced River, Tenaya Canyon, Half Dome, Vernal Falls, and Nevada Falls.  The views of Yosemite Valley are probably among the best in the National Park system, or at least that's my opinion.

The most obvious feature of Yosemite Valley is the large granite crest; Half Dome.  Half Dome is located at 8,844 feet above sea level and can be seen from much of Yosemite National Park.  I've been pretty much everywhere in Yosemite but I'm debating actually pursuing a permit to climb Half Dome next year, the climb involves chain cables. 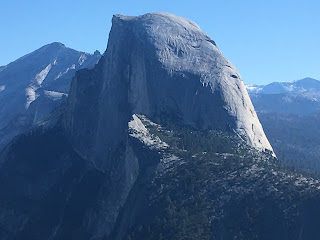 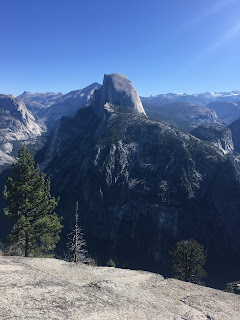 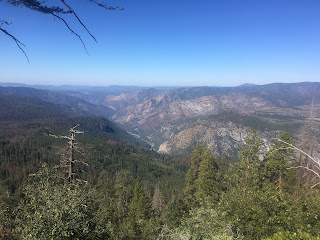 There are no State Highways within the boundary of Yosemite National Park.  At one point the continuation of CA 140 was implied from the El Portal Road northwest to CA 120 via the Big Oak Flat Road before the new Tioga Pass Road was built. 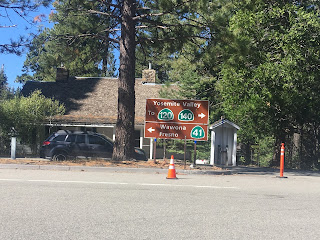 The Tioga Pass Road is the implied connection of CA 120 through Yosemite over the Sierras which I covered in detail on AAroads: 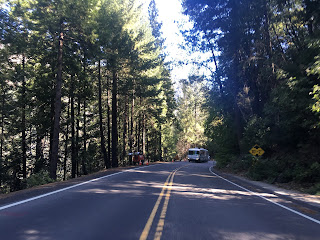 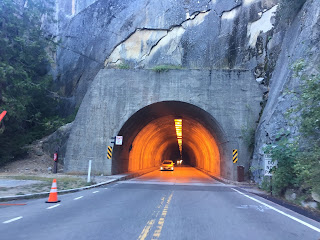 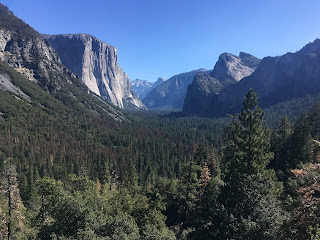 As for Yosemite Valley, given my group largely consisted of first time visitors it was largely a site seeing oriented trip.  Primary the stops included El Captain and Lower Yosemite Falls. 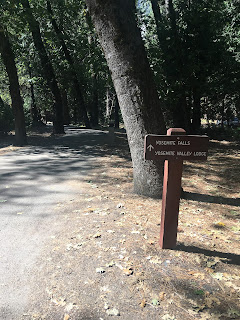 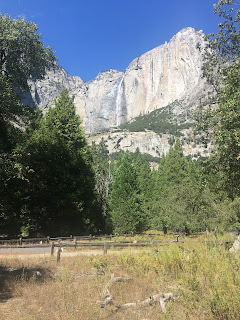 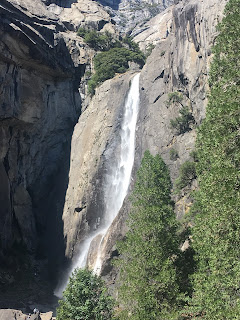 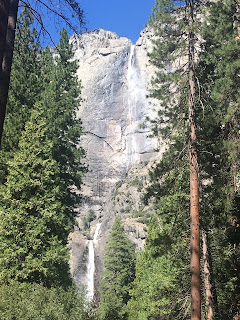 Give that I'm not a fan of back tracking and I wanted an easier route of Yosemite on the weekend I took CA 140 through the Merced River Canyon.  CA 140 definitely is the fastest road and easiest to drive of any of route which approaches Yosemite.  CA 140 is largely below 2,000 feet at the bottom of the Merced River Canyon and is pretty much route of choice during winter chain restrictions.  Back in 2006 the Fergusson Slide took out part of CA 140 which was routed onto temporary bridges on the Yosemite Valley Railroad alignment on the north back of the canyon. 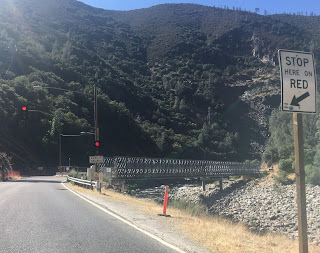 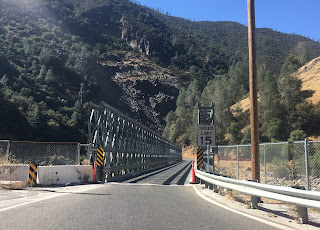 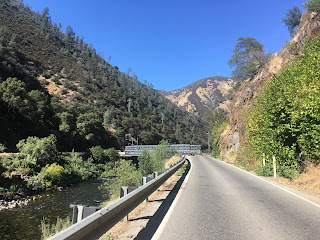 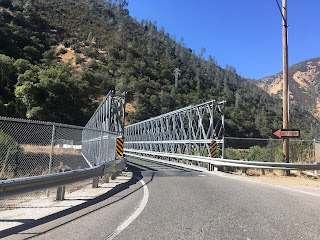 I covered the alignment history of CA 140 on AAroads roads earlier this year:

As for the Yosemite Valley Railroad, it ran from Merced to El Portal from 1907 to 1945.  The route of the Railroad is largely intact and can be observed easily with in the Merced River Canyon.  Rail traffic would disembark in El Portal and take a stage up to Yosemite Valley proper.  Much of the alignment of the railroad is submerged at times beneath Lake McClure at times along with the Bagby ghost town which used be on the line.  Really with automobile traffic becoming a reality in the Merced River Canyon there wasn't much of a need for a railroad which declined rapidly after CA 140 was built.  Landslides in the mid-40s didn't help keep the Yosemite Valley Railroad afloat as well, sad to see something that was probably really special in such disrepair.