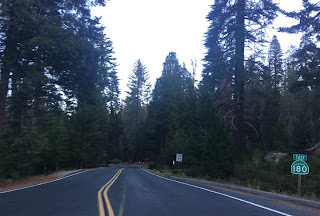 I actually did a historic brief on CA 180 east of Fresno to the bottom of King Canyon back in May on the AAroads web forum:

What I find really interesting about CA 180 is that it was apparently envisioned as a Trans-Sierra Highway.   By 1934 when CA 180 was created there was significant logging interests within Kings Canyon itself.  The prior logging operation at Hume Lake really drove road development along the Grant Grove corridor which at the time was General Grant National Park.  By 1940 Grant Grove was absorbed into the newly created Kings Canyon National Park which essentially shut down any hopes of logging or having CA 180 cross the Sierras.  I'm greatly paraphrasing the history of CA 180 and the Grant Grove area, it really a fascinating history on what really could have been.

Given that my passengers were visiting Kings Canyon National Park for the first time I took them to the General Grant Tree.  The Grant Tree is a Redwood Sequoia and is the second largest tree in the world by volume. 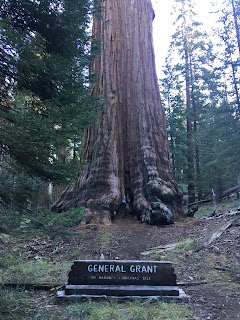 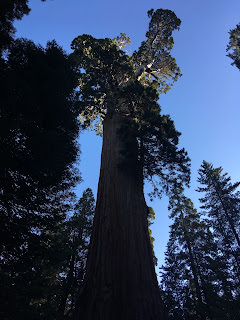 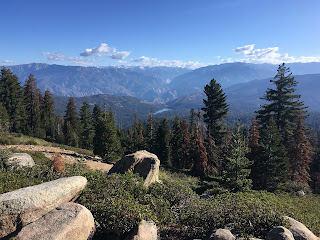 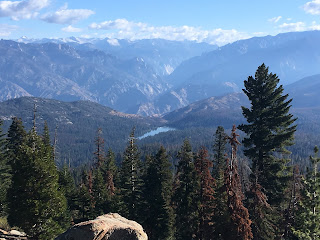 We made our way down to Hume Lake Road.  There is a hidden overlook of Kings Canyon at about 6,000 feet which has a great view of CA 180 below.

Hume Lake was created by impounding Ten Mile Creek and was once the site of a log flume that ran to Sanger.  Hume Lake Dam is the first multiple arch concrete dam in the world and it holds the lake surface to a elevation of approximately 5,200 feet.  Hume Lake Dam was completed in late 1908 which was used by the Hume-Bennett Lumber Company to store logs.  The logs would run from Hume Lake on a flume that extended all the way to Sanger.  The Sanger Depot Museum has a large article detailing the history of the Hume-Bennett log flume.

Today Hume Lake is operated as a Christian Camp and is just outside of Kings Canyon National Park within Sequoia National Forest. 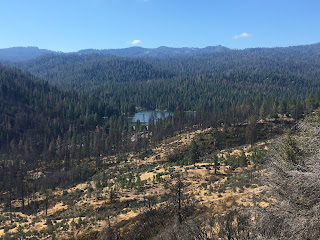 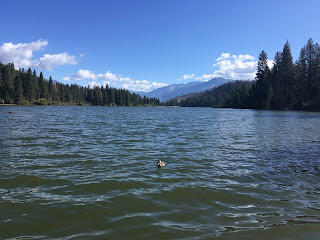 History of the Generals Highway

Crossing into Sequoia National Park I took my group to the General Sherman Tree which is the largest tree in the world by volume. 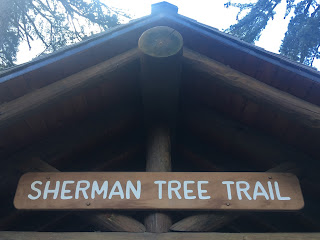 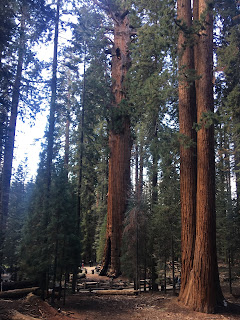 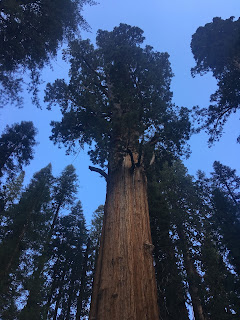 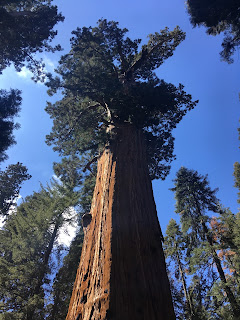 The next southbound stop in Sequoia National Park was Moro Rock.  Surprisingly there was no shuttle bus to Moro Rock which is odd on a Saturday.  There was some cloud cover at about 13,000 feet which could be observed easily from the top of Moro Rock along with some really clear views of the Kaweah River, Generals Highway, and San Joaquin Valley below. 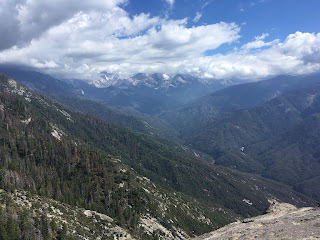 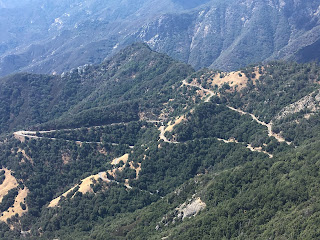 It was a rare southbound drop down the Generals Highway for me as usually find myself heading northbound instead.  Grades are essentially a sustained 8% and the elevation drops quickly from about 6,500 feet at the Sherman Tree Grove to about 2,500 feet at the Foothills Visitor Center. 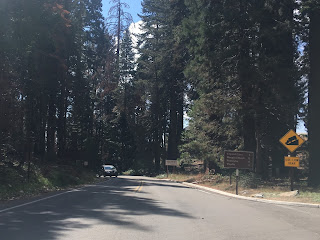 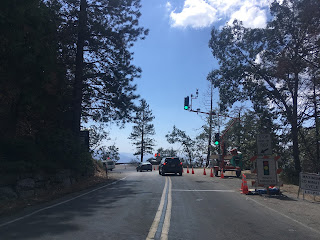 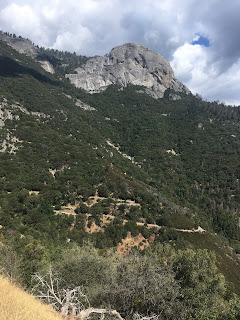 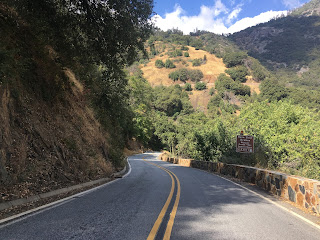 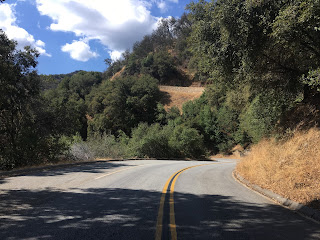 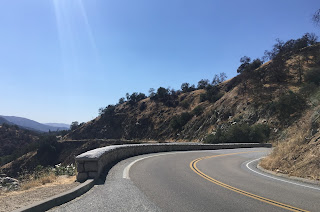 Exiting Sequoia National Park on the Generals Highway takes you to the start of CA 198 in Three Rivers.  I always like to take pictures of the 1922 Pumpkin Hollow Bridge and nearby Salt Creek Bridge. 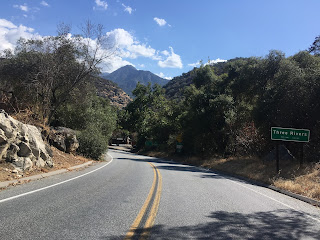 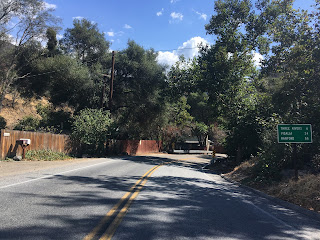 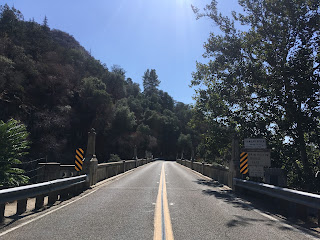 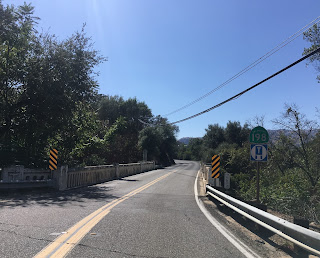 The last stop of the day was at Lake Kaweah.  The water is about 20-25 lower in the lake than it was back in April, in fact it resembles more of a river more than a lake.  The Terminus Dam and the older alignment of CA 198 was well above the water line, I suppose it is to be expected with 110F degree days repeatedly through the summer. 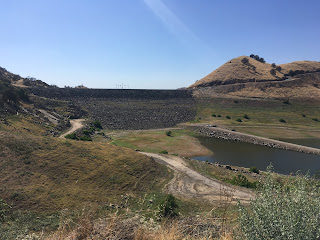 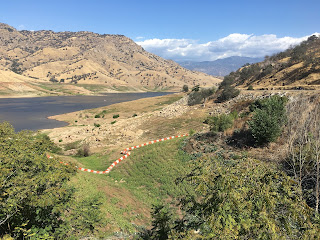