By Adam December 11, 2016
Patrick County is home to two of Virginia's eight remaining covered bridges eighty years and older.  The two bridges, Bob White and Jacks Creek, are located within miles of each other off of VA Route 8. 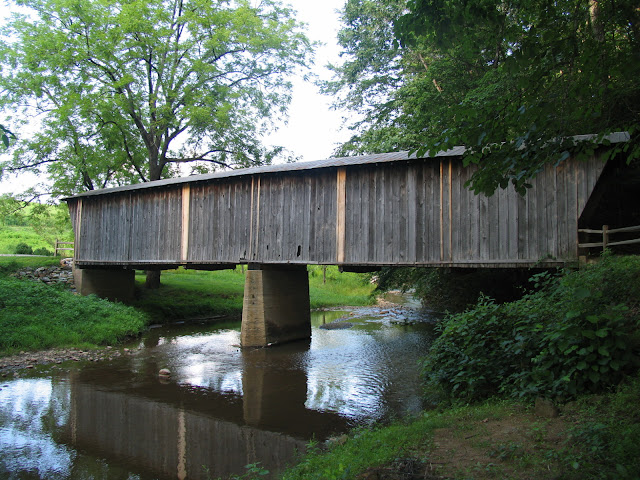 Just off of Route 8 in Woolwine sits the Bob White Covered Bridge.  Built in 1921, the 80' Burr Truss bridge over the Smith River is one of the last covered bridges built for general traffic in Virginia.   Designed and built by Walter Weaver of Woolwine, the bridge served as an access point to the Smith River Church of the Brethren.  The bridge is now closed to vehicles but is the centerpiece of Patrick County's Covered Bridge Festival held annually in June.

To get to the Bob White Covered Bridge follow VA 8 south of Woolwine, turn left to go east on Route 618 for one mile and then turn right onto Route 869.  Route 869 dead ends at the bridge.  Brown destination signs also mark the route to the bridge. 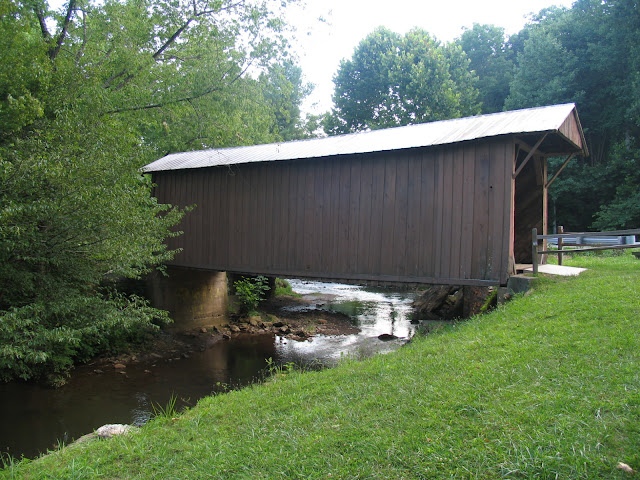 Just a few miles south on VA 8 from the Bob White Bridge is another covered bridge over the Smith River.  Jack's Creek Bridge - named for a nearby Baptist Church - is slightly older and shorter than Bob White.  The 48-foot span was also designed by Walter Weaver and built in 1914.  The bridge was built by Charles Vaughn.
The Jack's Creek Bridge is also located south of Woolwine and can be seen from Route 8.  From VA 8 South, a quick right turn onto Route 615 takes you to the bridge.