By Adam December 26, 2016
Like many towns within the Commonwealth of Virginia, Brookneal can trace some of its origins to one of our country's founding fathers.  For Brookneal, it was Patrick Henry who viewed the location for a ferry crossing over the Staunton River.  Henry would later retire here at the nearby Red Hill Plantation.

Brookneal was established in 1802 and named after John and Sarah Brooke who owned a nearby tobacco warehouse in the area.  The town's close proximity to water and later rail made it a transportation hub for the nearby area. 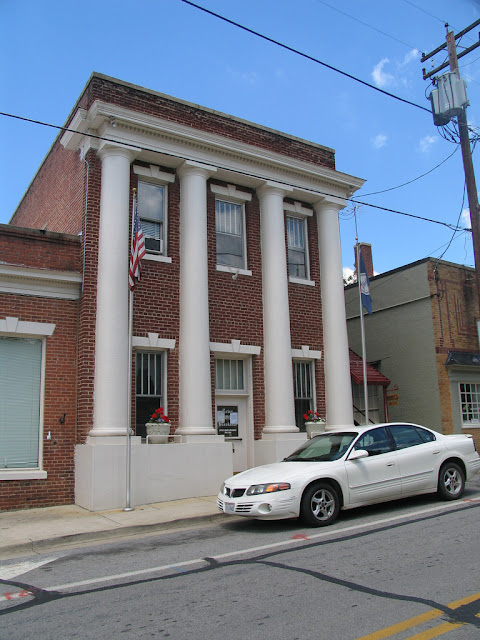 Today, Brookneal is a town of about 1,100 and is home to a nearby winery and a number of other local businesses. A popular restaurant, the Drug Store Grill, opened in 2010 in the former Williams Brothers Drug Store.  It is the building on the left in the photo below.  The Williams Brothers Drug Store housed a drug store on the bottom floor and a dentist office on the second floor.  The town post office was located in the middle of the three buildings photographed below.

Brookneal is located at the intersections of US 501 and VA 40 in Campbell County.