By Adam December 21, 2016
Earlier this month, I brought over the feature I did on the Wil-Cox Bridge on the old website to the blog.  The seven arch concrete open-spandrel bridge opened in 1924 and was a key piece of the Central Highway.  Recently, Ben Thurkill sent along a handful of photos from the bridge's 1924 opening.  The five photos below are part of the NCDOT archives. 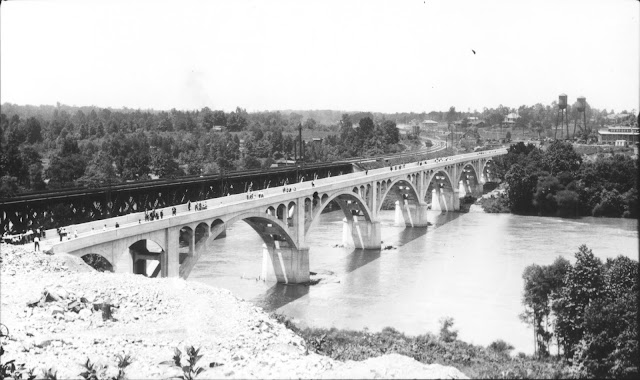 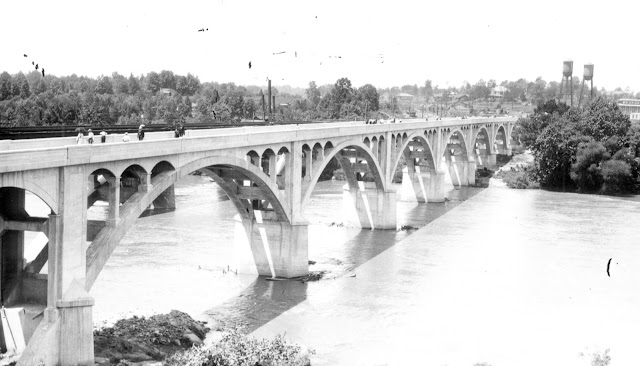 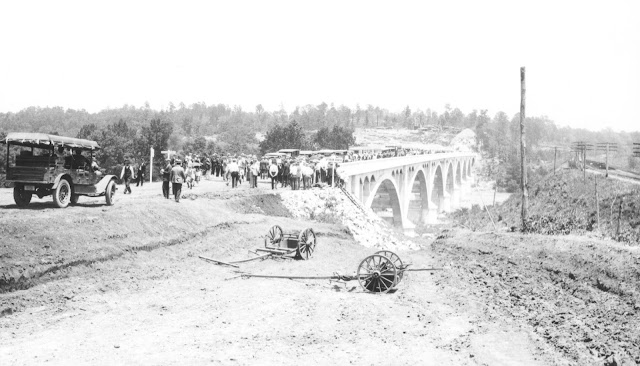 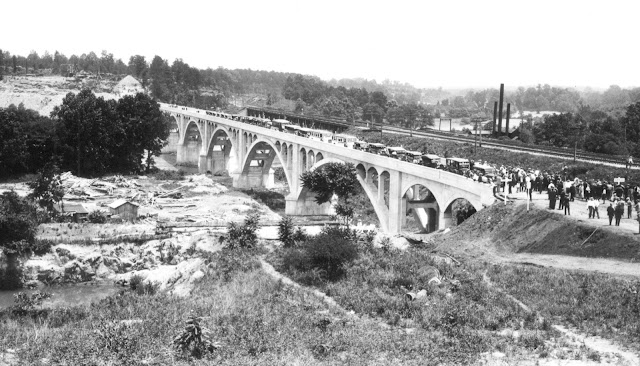 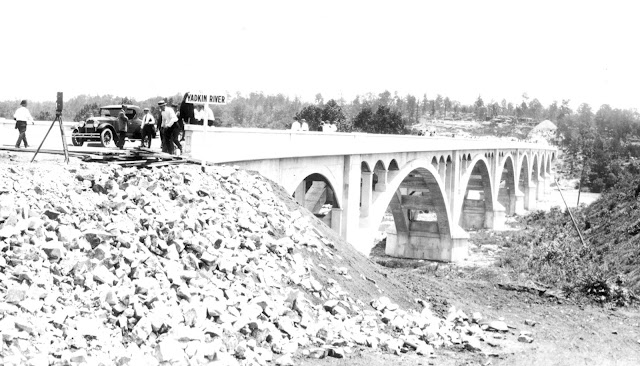 Today, the Wil-Cox Bridge is slowly becoming a center piece for a regional park.  In August 2015, Davidson County Commissioners agreed to take over the bridge from the state.  The state transferred the $2.5 million that would have been used to demolish the historic bridge to the county.  Those funds are being used for bridge preservation and future development of the regional park.  In 2016, Davidson County purchased nearly 14 nearby acres that included Fort York, a Confederate Fort built in the waning years of the Civil War.  Davidson County intends on unveiling a master plan for the Wil-Cox Bridge, Fort York, and the regional park early in 2017.