By Doug August 03, 2016
Earlier this summer, I drove around a fair swath of the Midwest, with a focus on Indiana. One of the places I passed through while in Indiana is Delphi, which has a lot of bridges.

I managed to check out a few bridges in the short amount of time I was able to spend in Delphi. I later found out that there's more bridges than what I saw in town. However, I was able to check out the historic Wilson Bridge, a suspension bridge over the Deer Creek in Riley Park and a historic bridge that was restored and placed across Indiana State Route 25 (also known as the Hoosier Heartland Highway). 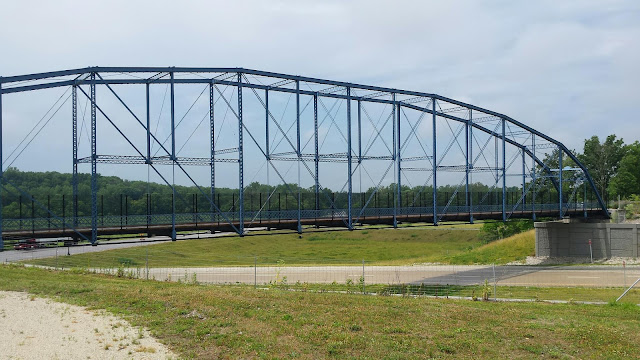 The 1897 Freedom Bridge, which spans across Indiana State Route 25. 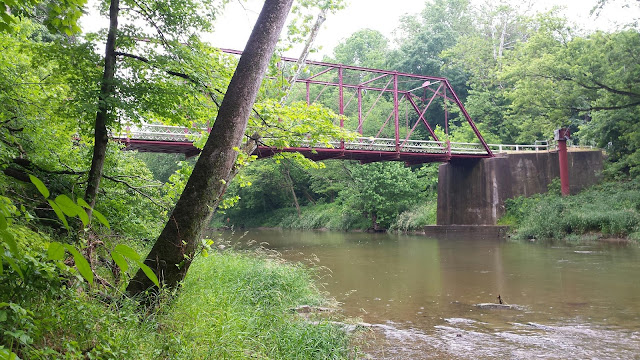 Judging by what bridges in the area I read about after I returned home, such as the Monon High Bridge and the 1872 Red Iron bridge at Canal Park in Delphi for the Wabash & Erie Canal, I should have planned to spend the afternoon in Delphi. After all, the town boasts a robust trail system and Carroll County, where Delphi is located, touts their historic bridges as part of efforts to bring in more tourism. I really should have spent all day in Delphi and Carroll County, Indiana. They have historic bridges galore and do a swell job preserving them.